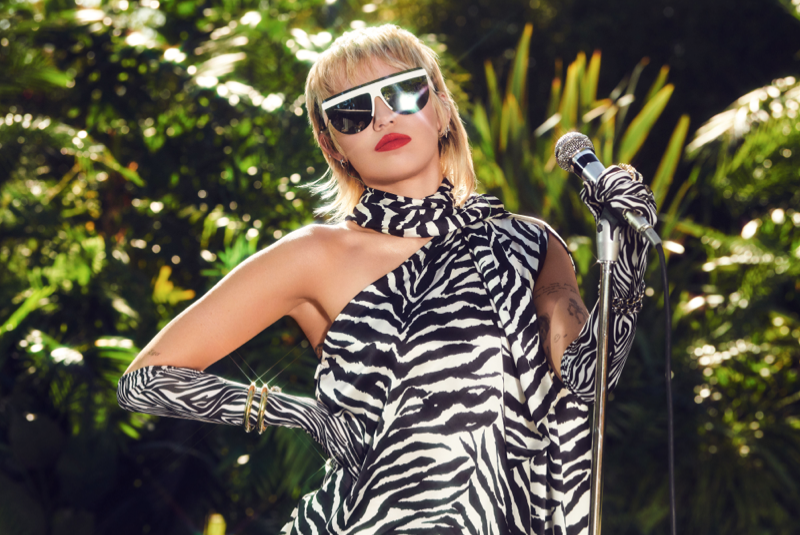 MTV today announced that pop superstar Miley Cyrus is set to perform in a special edition of its trailblazing and award-winning MTV Unplugged franchise, MTV Unplugged Presents "Miley Cyrus Backyard Sessions." The global music event returns with a fresh reinvention on Friday, October 16th at 7PM ET exclusively on MTV in the US, and will roll out internationally starting October 16th and continue throughout the weekend.

Reimagining the beloved music series from her Los Angeles backyard, Cyrus will take the stage to perform an original cover of "Gimme More" by Britney spears, as well as covers of songs by Pearl Jam, The Cardigans and more. Fans will have front-row seats as Cyrus performs stripped-down and acoustic sets of her career-defining hits and latest single "Midnight Sky," which debuted at #1 on iTunes in 41 countries with the accompanying self-directed video amassing over 65 million views.

Since its debut in 1989, MTV Unplugged has featured unforgettable performances from artists, including: Jay-Z, Nirvana, Mariah Carey, Bob Dylan, Bon Jovi, Lauryn Hill, Bruce Springsteen, Adele, Pearl Jam, Maroon 5, Shawn Mendes, Lil Wayne and many more. This spring, MTV launched "MTV Unplugged at Home," to coincide with the launch of #AloneTogether, a global talent and social media-driven campaign to educate young people on the importance of social distancing in order to flatten the curve of the coronavirus.

Cyrus is a long-time MTV fixture and storied performer, serving as "VMAs" host in 2015 and treating viewers to many unforgettable moments and performances throughout the years. She last appeared in 2020 for a powerful performance of "Midnight Sky," and took the stage for her debut performance of "Slide Away" in 2019. Additionally, in 2014 the Grammy-nominated singer appeared alongside Madonna in "Miley Cyrus: MTV Unplugged."

Cyrus is one of the most influential artists in pop culture with about 113 million Instagram followers. She has five #1 albums including her 2013 Grammy-nominated album Bangerz, that is also certified 3x platinum in the U.S. In addition, she has had an impressive five sold-out world tours throughout her career. In 2015 she released her free, 23-track surprise experimental album, Miley Cyrus and Her Dead Petz, co-produced by Wayne Coyne and other Flaming Lips members. Her sixth album, Younger Now, which was released in 2017, exceeded 2.2 billion streams worldwide. In addition to her success in music, performing and touring around the world and over a decade of experience in television, Cyrus founded the non-profit organization The Happy Hippie Foundation to rally young people to fight injustice. Since launching, the foundation has provided direct support to thousands of homeless and LGBTQ youth across the country. Cyrus also helped launch the Malibu Foundation to support the community of Malibu and its neighbors as they work to rebuild after the Woolsey Fire.