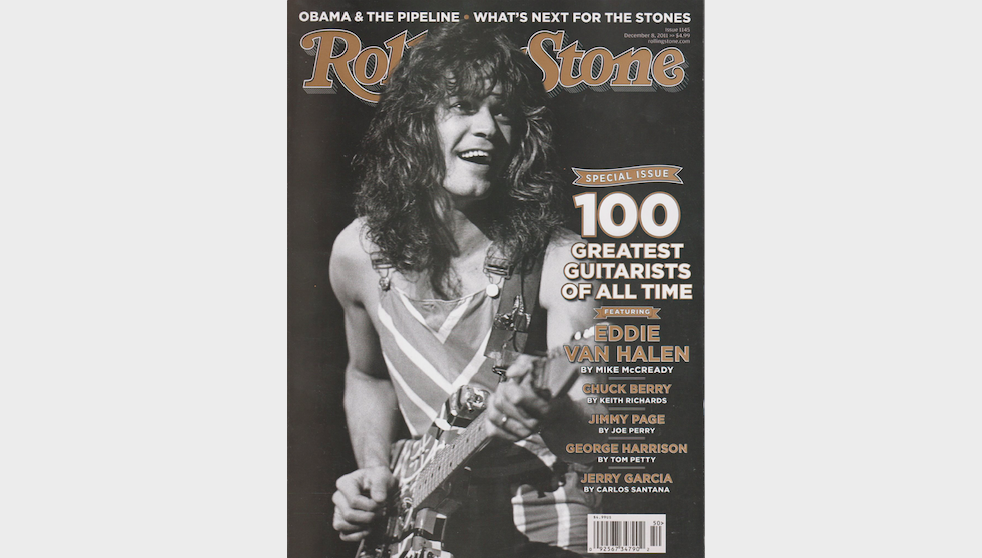 Legendary guitarist and songwriter, Eddie Van Halen has died after battling throat cancer. He was 65 years-old.

His son, Wolf Van Halen announced on Twitter: "I can't believe I'm having to write this," the statement said, "but my father, Edward Lodewijk Van Halen, has lost his long and arduous battle with cancer this morning. He was the best father I could ever ask for. Every moment I've shared with him on and off stage was a gift."

"My heart is broken and I don't think I'll ever fully recover from this loss. I love you so much, Pop," he added.

The band was formed in 1972 and became a staple of the Los Angeles music scene during the mid-1970s, playing at famous clubs such as the Whisky a Go Go. The album 1984 went five-times platinum after a year of release.

The lead single "Jump" became the band's first and only No. 1 pop hit and earned them a Grammy nomination.

The Recording Academy Intermin President and CEO, Harvey Mason Jr. said, "During his legendary career, GRAMMY® Award winner Eddie Van Halen contributed to some of the world's most iconic music. His explosive guitar playing and approach to the musical process solidified him as an undeniable force in his field and forever established his place as a true guitar hero. The world is lucky to have witnessed Eddie's genius as a guitarist, and we know he will influence and shape rock music indefinitely."

The music star was married to actress Valerie Bertinelli from 1981 to 2007.

In August 2012, Van Halen underwent an emergency surgery for a severe bout of diverticulitis.

Van Halen was voted number one in a Guitar World magazine reader's poll for "The 100 Greatest Guitarists of All Time".