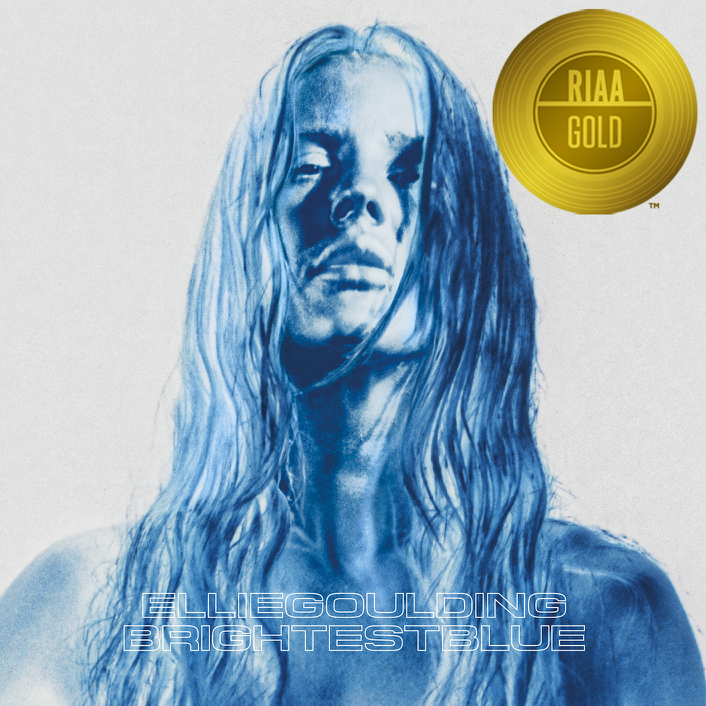 Ellie has also shared a new remix of the track “Slow Grenade” from the new album - “Slow Grenade” (Syn Cole Remix) was released today -- listen here. Hailed by Billboard as “her most personally revealing full-length album to date,” the critically acclaimed Brightest Blue is out now on Interscope Records. Stream/download the album here https://smarturl.it/BrightestBlue.

It’s been a busy time for Ellie. Today she appeared on CBS This Morning, chatting with Anthony Mason about her career, personal journey and new album. Watch the segment here. Her smash, “Close To Me” with Diplo ft Swae Lee, is nominated for a Billboard Music Award for Top Dance/Electronic Song – winners will be announced at the ceremony on October 14th. Ellie also recently appeared on The GRAMMY Museum’s ‘The Drop’ At Home Series, chatting with host Scott Goldman and performing an intimate 3-song set. Earlier this week, BMI recognized Ellie’s hits “Hate Me” and “Close To Me,” – she now has nine London Awards and seven U.S. Pop Awards, which pay tribute to top songwriters, composers and music publishers of the most-performed songs of the previous year. In late August, Ellie gave fans around the world a spellbinding performance from the iconic V&A (Victoria & Albert Museum) in London during her one-off exclusive pay-per-view live streamed show, presented by LIVENow, “The Brightest Blue Experience.”

The album, Brightest Blue is presented in two parts; the first 13 tracks are the thoughtful contemplations that make up Brightest Blue (executively produced by Ellie Goulding & Joe Kearns) and the second part, EG.0, consists of huge pop bangers with collaborators including Lauv, Swae Lee and the late JUICE WRLD. Across the two halves Ellie enlisted a number of writers and producers to help create the finished product, including the likes of Tobias Jesso Jr., Starsmith, ILYA, serpentwithfeet, Patrick Wimberly (of Chairlift) and Jim Eliot amongst others.

March 2020 marked the 10-year anniversary of Ellie’s debut album Lights. Ellie’s incredible career to date has seen her receive two GRAMMY Award nominations, a Golden Globe nomination, two BRIT Awards, sales of 18 million albums and over 140 million singles, and 23 billion streams worldwide.  With over 50 million followers combined on her social platforms, she also earned YouTube’s Diamond Award with 10 million subscribers on her YouTube channel and over 5 billion views globally. Ellie holds Billboard’s Hot 100 record for the most entries on the chart this century by a British female vocalist.

Ellie, a UN Environment Ambassador, is known as a dedicated advocate for environmental protection for our precious planet and champion of solutions to the climate crisis. She mixes this advocacy with her work to help end homelessness, supporting The Marylebone Project and fundraising for other nationwide charities working on the frontline of the homeless crisis.