Cannes Classics Celebrate 20th Anniversary Of 'In The Mood for Love'

Cannes Classics will celebrate the 20th anniversary of Wong Kar-wai's In the Mood for love at the Lumière. Presented in Competition in 2000, In the Mood for Love, by Hong Kong director Wong Kar-wai, earned its lead actor, Tony Leung, the Award for Best Actor and picked up the Higher Technical Commission Grand Prix at the Festival de Cannes.

The programme also features the 60th anniversary of Breathless and L'Avventura, great filmmakers such as Federico Fellini and Pier Paolo Pasolini, the first film by Joan Micklin Silver (to whom Lumière 2020 is devoting a retrospective), Juliet Berto's debut feature, rediscoveries from the 60, 68, 73 and 81 Festivals, ranging from the cinema of yesteryear to the world of today, with the first film by Melvin Van Peebles, a movie about Charlie Chaplin that's sure to make history, Bruce Lee revisited and other not-to-be-missed gems.

Discover the films of the Cannes Classics 2020 selection presented at the Festival Lumière from 10 to 18 October 2020. 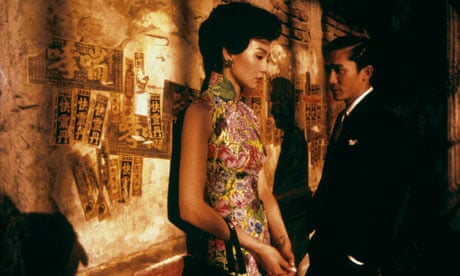 UGC Confluence Tuesday 13 October at 2.30 pm - Presented by Max Van Peebles actor and son of Mario Van Peebles and Gerald Herman, member of the board of Indiecollect

UGC Confluence Monday 12 October at 3.15 pm - presented by Simone Appleby, Head of the Restoration Laboratory Service at the Film Heritage Department of the Centre national du cinéma et de l'image animée (CNC), and Diane Baratier, Director of Photography and daughter of the director.