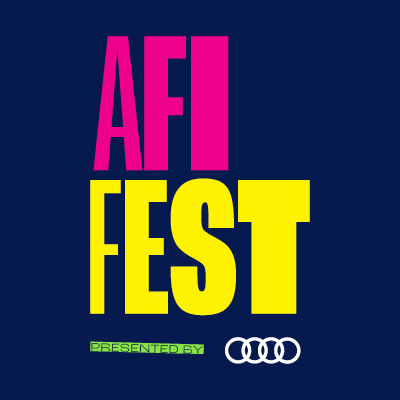 The American Film Institute (AFI) announced the program for the AFI Summit that will take place at AFI FEST presented by Audi.

The lineup includes a conversation with Academy Award® nominee, producer, director and writer Ava DuVernay in a conversation about elevating and supporting BIPOC filmmakers through her company Array; The Hollywood Reporter’s Indie Contenders Roundtable moderated by Scott Feinberg; EW’s The Awardist moderated by Maureen Lee Lenker; the Doc Roundtable moderated by producer and film festival curator Caroline Libresco; a panel led by Dr. Stacy L. Smith on the portrayal of characters with mental health conditions in film and television; a discussion with the director and cast of SOUND OF METAL with members of the Deaf community; and a conversation about grassroots activism and visual storytelling with directors Lisa Cortes (ALL IN: THE FIGHT FOR DEMOCRACY and Samantha Knowles (TANGLED ROOTS).

CENTERING CHARACTERS WITH MENTAL HEALTH CONDITIONS IN FILM AND TELEVISION

All too often in Hollywood movies or television programs, characters with mental health conditions are portrayed disparagingly, stereotypically or erased from the screen entirely. Dr. Stacy L. Smith of the Annenberg Inclusion Initiative, who has documented the gaps and shortcomings in these portrayals, leads a deep dive conversation with mental health experts, filmmakers and creative executives who are looking to center characters facing mental health issues and to portray their situations in more authentic and humane ways. Panelists include Kelly Oxford (SCR and DIR PINK SKIES AHEAD), Jessica Barden (PINK SKIES AHEAD), Noopur Agarwal, Vice President of Social Impact for the ViacomCBS Entertainment & Youth Group and Dr. Christine Moutier, Chief Medical Officer, American Foundation for Suicide Prevention.

Leading directors behind some of the most talked about and acclaimed documentaries of the year discuss the art of documentary and the creative challenges faced in bringing these extraordinary stories to light including Ramona S. Diaz (A THOUSAND CUTS), David France (WELCOME TO CHECHNYA), Liz Garbus (ALL IN: THE FIGHT FOR DEMOCRACY), Ron Howard (REBUILDING PARADISE), Kirsten Johnson (DICK JOHNSON IS DEAD), Bao Nguyen (BE WATER), Dawn Porter (THE WAY I SEE IT), and Elyse Steinberg (THE FIGHT). Moderated by producer and film festival curator Caroline Libresco.

When Ava DuVernay founded the collective that would become ARRAY in 2011, she and company president Tilane Jones set out to boldly, proudly and courageously set their endeavor apart from other distributors. Their commitment to amplify and advocate for independent films by Black artists, filmmakers of color and women directors of all kinds was the center of their mission — and still is. As the company approaches its 10th anniversary, DuVernay and Jones invite a group of ARRAY supported filmmakers to discuss the strong vision that has guided this Black women-led organization to shift the paradigm around media production and distribution.

EW’S THE AWARDIST: A CONVERSATION WITH DIRECTOR JULIA HART AND RACHEL BROSNAHAN

FINDING YOUR VOICE: SOUND OF METAL STRIKES A CHORD WITH THE DEAF COMMUNITY

A profoundly moving exploration of both the experience and culture of deafness, SOUND OF METAL (AFI FEST 2020) spotlights a powerful performance by Riz Ahmed as a heavy-metal drummer who loses his hearing. Rather than focus solely on the character’s isolation as a result of his loss of hearing, however, director/writer Darius Marder illustrates the support and belonging that is possible to find in the Deaf community. Darius Marder, Riz Ahmed, Olivia Cooke, Chelsea Lee, Paul Raci and Shaheem Sanchez from SOUND OF METAL engage in a spirited conversation with members of the Deaf community about the issues raised by the film and beyond.

FROM THE STREETS TO THE LEGISLATURE: A CONVERSATION WITH THE FILMMAKERS AND SUBJECTS OF ALL IN: THE FIGHT FOR DEMOCRACY AND TANGLED ROOTS

On the eve of one of the most important elections in U.S. history, directors Lisa Cortes (ALL IN: THE FIGHT FOR DEMOCRACY) and Samantha Knowles (TANGLED ROOTS) explore the powerful connection between social protest, citizen-led democracy and visual storytelling with two inspirational subjects from their films: Desmond Meade, Executive Director of the Florida Rights Restoration Coalition, and Rep. Attica Scott, the first Black woman elected to the Kentucky legislature in the 21st Century.

Dates and times for all AFI FEST screenings and events will be available at FEST.AFI.com.

Film
Trailer: Will Riz Ahmed Be Nominated For 'Sound of Metal'?