311, Bush & More Perform For Concerts In Your Car 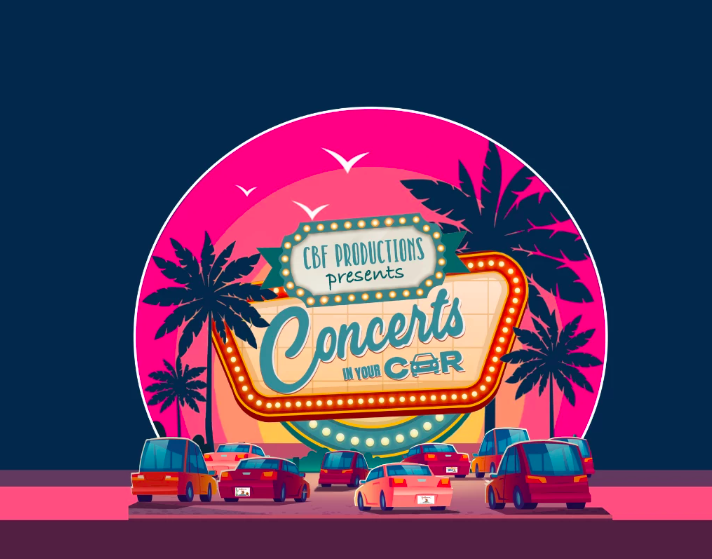 The music just won't stop playing at Concerts in Your Car!  In a year when large public gatherings have been rendered unsafe by COVID-19 and entertainment innovation is key, CBF Productions launched the first drive-in live music experience in California. They continue to lead the pack by bringing top name talent to their acclaimed live, drive-in, theatre-in-the-round-style and socially-distanced entertainment option to the Ventura County Fairgrounds.

The November schedule begins with the celebrated band 311, performing on Saturday, November 14.  Founded in Omaha, Nebraska, they have been inspiring their fans for three decades with their signature blend of rock, reggae, hip hop and funk.

Kaskade takes over the stage on Friday, November 20.  Crowned by The New York Times as "the new face of electronic dance music," Kaskade continues to be at the forefront of the dance music scene and has captured the imagination of a new generation of fans across North America.

In partnership with Concerts In Your Car, BUSH returns to the stage to celebrate the release of their deluxe edition of 'The Kingdom' on Saturday, November 21.  In addition to lead vocalist and rhythm guitarist Gavin Rossdale, the current lineup also includes guitarist Chris Trynor, bassist Corey Britz and drummer Nik Hughes.

All shows include a visual light show and multi-media entertainment.  The combination of an extra high, theatre-in-the-round style, four-sided stage and four over-sized screens ensures that every seat is the best seat in the house.  The events are designed to comply with all official restrictions and sound is distributed to attendees via their car radios. Tickets are sold in advance and online only.  Each ticket is valid for one car, and the number of passengers must not exceed the number of safety belts/seats in the vehicle.

More performances are added throughout the month – visit www.concertsinyourcar.com for regular updates.

"Concerts in Your Cars has turned out to be the live entertainment hit of 2020," said Vincenzo Giammanco, founder of CBF Productions. "We have now expanded our exciting new form of entertainment beyond Ventura to San Diego and Phoenix, so people can experience live music, despite the pandemic. We plan on producing events offering a range of entertainment in a variety of locations – straight into the holidays."