Sundance Institute will gather 25 celebrated and revered expert voices across film, art, culture and science to award feature-length and short films shown at the 2020 Sundance Film Festival with 31 prizes, announced at a ceremony February 1. Short Film Awards will be announced at a separate ceremony on January 28. The Festival takes place January 23 through February 2 in Park City, Salt Lake City and Sundance, Utah. 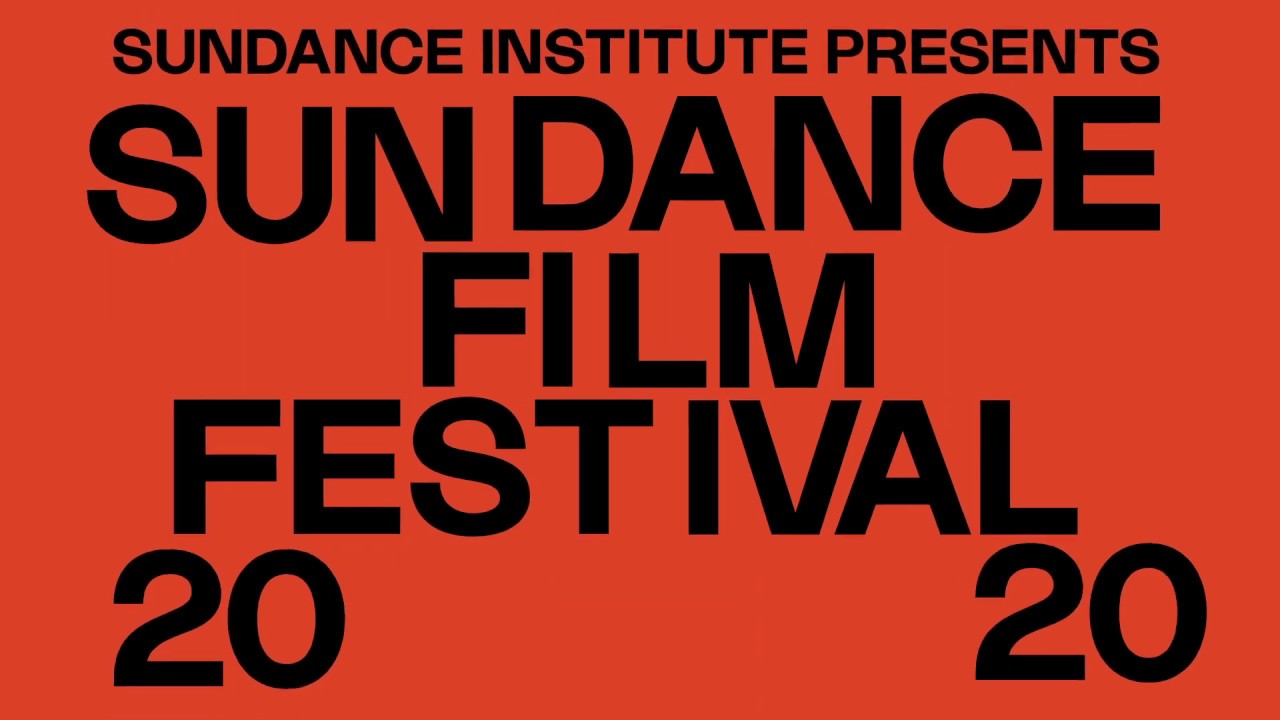 The awards, which recognize standout artistic and story elements, are voted on by each of 6 section juries, including, in the case of the NEXT Innovator's Award, a jury of one. As in years past, Festival audiences have a role in deciding the 2020 Audience Awards, which will recognize 66 films in the U.S. Competition, World Competition and NEXT categories; audiences will also vote on a Festival Favorite film across categories, which will be announced the week following the Festival.

The juried Alfred P. Sloan Feature Film Prize was awarded to Tesla; information on those jury members appear below.

Rodrigo Garcia
Rodrigo Garcia's films include the award-winning Nine Lives, Albert Nobbs, Mother and Child, and Things You Can Tell Just by Looking at Her. His television credits include the pilots of In Treatment, Carnivàle, Big Love, Bull, and the upcoming Party of Five series reboot. García is co-CEO of the digital studio Indigenous Media, which produced the series Five Points, Lauren, and Blue.

Ethan Hawke
Ethan Hawke has starred in over 60 films, including Training Day, Before Sunrise (1995 Sundance Film Festival), and Boyhood (2014 Sundance Film Festival), which garnered Hawke one of his four Academy Award nominations. Recently, he won a Gotham Award, an Independent Spirit Award, and over 20 film critics' awards for his performance in First Reformed. Besides an on-screen actor, he is a director, an Academy Award–nominated screenwriter, a Tony Award–nominated stage actor, and a novelist.

Dee Rees
Writer/director Dee Rees is the first Black woman nominated for an Academy Award in the Best Adapted Screenplay category, for her highly acclaimed film Mudbound (2018). Her previous credits include the multiple-Emmy-winning film Bessie (2014) and her Film Independent Spirit Award– and Gotham Award–winning debut feature, Pariah (2011). Her latest film, The Last Thing He Wanted, is an adaptation of the Joan Didion novel and stars Anne Hathaway as veteran DC journalist Elena McMahon.

Kimberly Reed
Kimberly Reed's Dark Money (2018 Sundance Film Festival) was named one of Vogue's "66 best documentaries of all time," nominated for four Critics' Choice Awards and the IDA Documentary Award for Best Documentary, awarded the Alfred I. duPont–Columbia University Award, and shortlisted for an Academy Award. Prodigal Sons, the first documentary by a transgender filmmaker to be theatrically released, won 14 international awards. Reed is also one of Filmmaker magazine's "25 new faces of independent film."

E. Chai Vasarhelyi
Elizabeth Chai Vasarhelyi is an Academy Award–winning filmmaker, known for Free Solo, which earned a BAFTA Award, the 2018 Academy Award for Best Documentary Feature, and seven Emmys. Her other films include Meru (shortlisted for a 2016 Academy Award ; won the U.S. Documentary Audience Award at the 2015 Sundance Film Festival), Incorruptible, A Normal Life, and Touba. She has received grants from Sundance Institute, the Ford Foundation, and the National Endowment for the Arts.

Haifaa Al Mansour
Haifaa Al Mansour finished her bachelor's degree in literature at the American University in Cairo and a master's degree in directing and film studies from the University of Sydney. She is considered the first female Saudi Arabian filmmaker, and her feature film Wadjda was the first international film ever to be shot in Saudi Arabia. Invited to over 40 festivals worldwide, Wadjda garnered numerous awards, including in Venice, Rotterdam, and Dubai.

Wagner Moura
Wagner Moura is a Brazilian stage, film, and television star. His performance in Elite Squad (2007) put him on the world stage when the film won the Golden Bear at the Berlin International Film Festival. He recently starred as Pablo Escobar in Netflix's critically acclaimed series Narcos, garnering both the show and him Golden Globe nominations. He made his directorial debut in 2019 with Marighella. He currently works with the UN to end forced labor.

Alba Rohrwacher
Born in Florence, Italy, Alba Rohrwacher studied acting at the Centro Sperimentale di Cinematografia in Rome and gained recognition for her award-winning collaborations with Luca Guadagnino (I Am Love); Marco Bellocchio (Dormant Beauty, Blood of My Blood); Laura Bispuri (Daughter of Mine); Saverio Costanzo (Hungry Hearts, The Solitude of Prime Numbers); and her sister, Alice Rohrwacher (Happy as Lazzaro). Her awards for best actress include the Volpi Cup, two Nastri d'Argento, and two David di Donatello Awards.

Eric Hynes
Eric Hynes is curator of film at the Museum of the Moving Image in New York, where he oversees the annual First Look Festival. He is also a longtime critic and journalist and writes a column on the art of nonfiction for Film Comment magazine. Other outlets have included the New York Times, the Washington Post, Rolling Stone, Slate, New York magazine, Sight & Sound, the Village Voice, and Reverse Shot, where he has been a staff writer since 2003.

Rima Mismar
Rima Mismar is the executive director of the Arab Fund for Arts and Culture (AFAC), a grant-making organization that supports artists across the Arab region. She completed her studies at the Lebanese American University (LAU) in Beirut, before pursuing a career as a film critic. During the last decade, she has participated in festivals as a juror or a member of the selection committee, moderated panels, and written and contributed to critiques on Arab cinema.

Gregg Araki
Gregg Araki earned an MFA in film production from the USC School of Cinematic Arts and a BA in film studies from UC Santa Barbara. Araki has made eleven acclaimed independent features, including Kaboom (2011), Smiley Face (2007), Mysterious Skin (2005), and Totally F***ed Up (1994). Araki most recently directed 10 episodes of Now Apocalypse (2019 Sundance Film Festival) for Starz—a series he created, co-wrote, and executive produced with Steven Soderbergh and Gregory Jacobs.

Sian Clifford
Sian Clifford is an Emmy Award and Critics' Choice Award nominated actress for her role as Claire in the global phenomenon and multi-award-winning series Fleabag. She will star in AMC's hotly anticipated Quiz, directed by Stephen Frears, later this year, as well as in Sky's Two Weeks To Live, alongside Maisie Williams. She will also guest feature in Hitmen, again for Sky, and in the second series of psychological thriller Liar from Fleabag producers Two Brothers Pictures, for ITV.

Marcus Hu
Marcus Hu is copresident and cofounder of Strand Releasing, which has distributed the works of such international filmmakers as Apichatpong Weerasethakul, Gregg Araki, Catherine Breillat, Lucrecia Martel, and many others. Strand Releasing celebrates its 30th anniversary with a national tour of original films created by filmmakers and friends shot on iPhones and shown at museums around the country. Hu serves as chair of international inclusion for the Academy of Motion Pictures Arts and Sciences.

Cindy Sherman
Cindy Sherman has been the subject of one-person exhibitions at the National Portrait Gallery in London (2019) and the Museum of Modern Art in New York (2012). Her work has also been included in five iterations of the Whitney Biennial, two Biennales of Sydney, and the 1983 documenta exhibition. She has received such awards and honors as the Praemium Imperiale, an American Academy of Arts and Letters Award, a MacArthur Foundation Fellowship, and a Guggenheim Fellowship.

Ruth Angus
Dr. Ruth Angus obtained her PhD in astrophysics from the University of Oxford and is an assistant curator at the American Museum of Natural History, an associate research scientist at the Flatiron Institute's Center for Computational Astrophysics, and an adjunct professor of astrophysics at Columbia University. She studies the evolution of stars and planetary systems in the Milky Way using data from NASA's Kepler and TESS space telescopes.

Emily Mortimer
Emily Mortimer is an actress recently seen in Mary Poppins Returns. She won a Film Independent Spirit Award for Nicole Holofcener's Lovely and Amazing and earned nominations at the Empire Awards and the Critics' Circle Film Awards for David Mackenzie's Young Adam. She currently runs the production company King Bee Productions with her husband, Alessandro Nivola. She produced the Film Independent Spirit Award–nominated feature To Dust and is currently writing an adaptation of Nancy Mitford's novel The Pursuit of Love.

Jessica Oreck
Jessica Oreck makes projects across mediums in an effort to re-inspire a sense of wonder about the world of the everyday. She's made several feature films that focus on ethnobiology—the way that cultures interact with the natural world—including Beetle Queen Conquers Tokyo (2009), Aatsinki: The Story of Arctic Cowboys (2013), The Vanquishing of the Witch Baba Yaga (2014), and One Man Dies a Million Times (2019). Jessica also works in paper-based animation, creating educational content for TED and several series for forthcoming outlets.

Ainissa Ramirez
Ainissa Ramirez, PhD, is a materials scientist and science communicator who is passionate about getting the general public excited about science. She has worked as a research scientist at Bell Labs and held academic positions at Yale University and MIT. Ramirez has written for Forbes, Time, Science, and Scientific American and has explained science headlines on CBS, CNN, NPR, and PBS's SciTech Now. Her book The Alchemy of Us uncovers how tech shaped us and will be published in April 2020.

Michael Tyburski
Michael Tyburski is a director and screenwriter. His work has been featured by the New Yorker, Film Comment, IndieWire, and Filmmaker magazine. His short film Palimpsest won a Special Jury Prize at the 2013 Sundance Film Festival. He received both a grant and lab support from the Alfred P. Sloan Foundation, is a recipient of the SFFILM Dolby Institute Fellowship, and was selected for Sundance Institute's Film Music and Sound Design Lab. His debut feature, The Sound of Silence, premiered at the 2019 Festival.