Billie Eilish To Perform At The 92nd Oscars 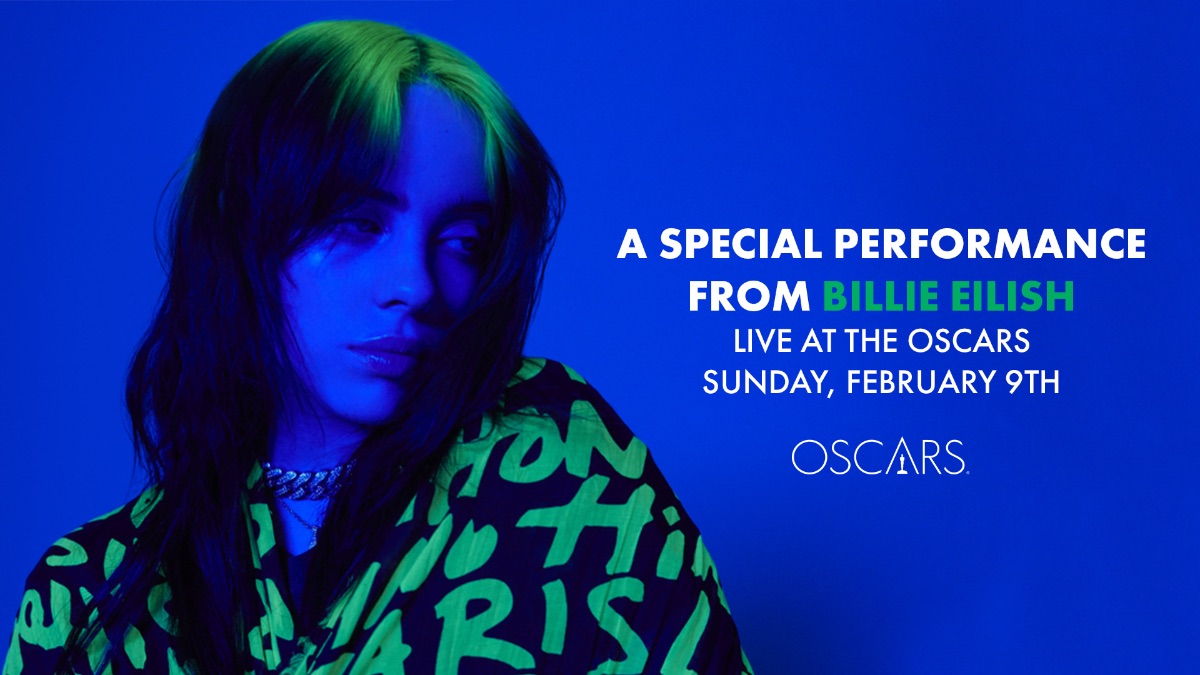 Five time GRAMMY® Award winning Darkroom/Interscope Records artist Billie Eilish has confirmed she will be performing at the 92nd Oscars on Sunday, February 9, 2020, at the Dolby® Theatre at Hollywood & Highland Center® in Hollywood. The show will be televised live on ABC at 8 p.m. ET/5 p.m. PT, and will air live in more than 225 countries and territories worldwide. "The Oscars Red Carpet Show" will air at 6:30 p.m. ET/3:30 p.m. PT.

On Sunday, Billie Eilish made history as the youngest artist to win in all four major categories. The 18-year-old took away five wins in total, for Best New Artist, Album of the Year, Record of the Year, Song of the Year, and Best Pop Vocal Album. Her brother and sole collaborator FINNEAS took home an additional two GRAMMY® Awards for Producer of the Year, Non Classical and Best Engineered Album, Non Classical.

Last week, Billie Eilish released the official music video for her song 'everything i wanted'. The video was directed by Billie Eilish and features both her and her brother FINNEAS. An ode to sibling love, watch the powerful video HERE.

Earlier this month, it was confirmed that Billie Eilish will perform the title song to the upcoming 25th James Bond film No Time To Die. The song will be released on Darkroom/Interscope Records. No Time To Die  is in theatres globally from 2 April  2020 in the U.K. through Universal Pictures International and in the U.S on April 10, from MGM  via their United Artists  Releasing banner. The 18-year-old multi-platinum selling and GRAMMY® Award winning Billie Eilish has written the title song with her elder brother; fellow multi GRAMMY® Award winning FINNEAS. Billie Eilish is the youngest artist in history to write and record a James Bond theme song.