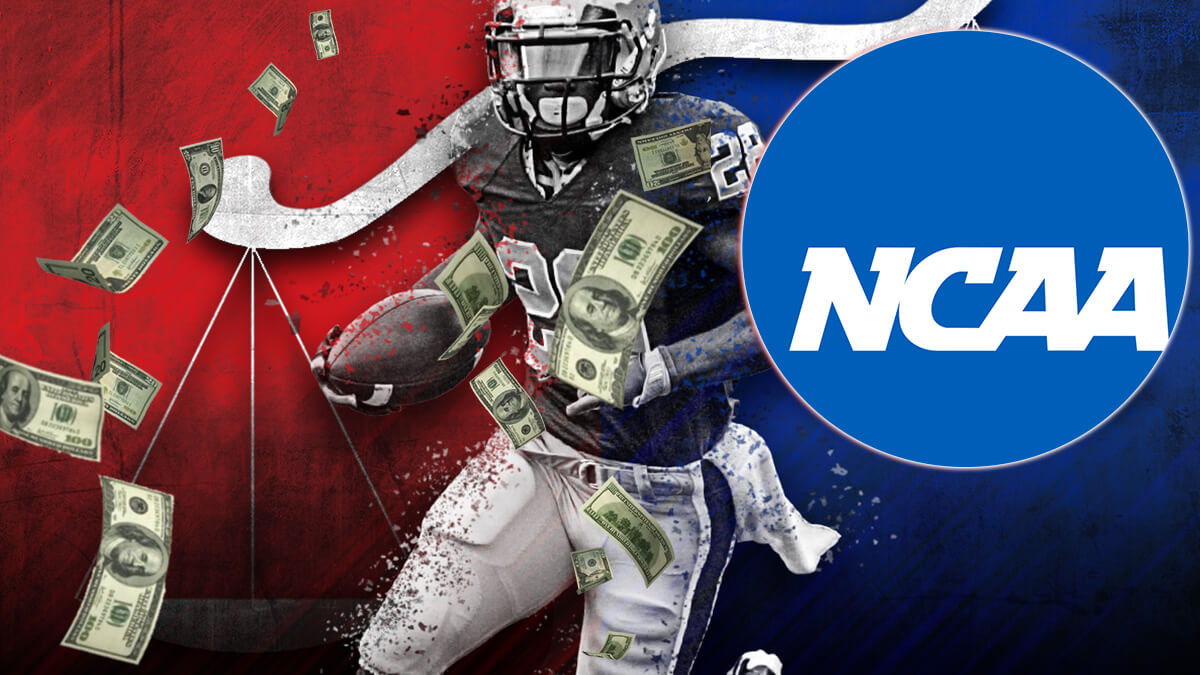 Calling the forced amateurism of student-athletes "a bankrupt model,"California Gov. Gavin Newsom signed a first-in-the-nation bill Monday that clears the way for college players to be paid from endorsement deals. Senate Bill-206 allows student-athletes to sign endorsement deals and prohibits the governing body of college sports, the National Collegiate Athletic Association, and the schools from banning those compensated athletes.

NCAA rules strictly prohibit athletes from profiting in any way from their sports, and the law would still bar schools from directly paying athletes. The new regulation is scheduled to start in 2023. "Colleges reap billions from student athletes but block them from earning a single dollar. That’s a bankrupt model," Newsom tweeted after signing the bill. The NCAA acknowledged in a statement Monday that its current regulations on amateurism will need to change, but said California's new law won't help.

"As a membership organization, the NCAA agrees changes are needed to continue to support student-athletes but improvement needs to happen on a national level through the NCAA's rules-making process,"  the governing body said. "Unfortunately this new law already is creating confusion for current and future student-athletes, coaches, administrators and campuses and not just in California."

Newsom signed the bill while appearing on NBA icon LeBron James' HBO show, "The Shop: Uninterrupted." The governor predicted it would prompt dozens of other states to pass similar legislation and force the NCAA's hand. "It's going to change college sports for the better by having now the interests finally of the athletes on par with the interests of the institutions,"  Newsom said. “Now we're re-balancing that power arrangement.”  James, who went pro straight out of high school, urged the NCAA to come to the bargaining table and find a way to compensate athletes who generate millions of dollars, especially in football and basketball.

"NCAA, you got the next move," James wrote on Instagram. "We can solve this for everyone!" Newsom's signature on Monday served as one more step toward the end of free labor in college sports, according to University of Chicago economics professor Allen Sanderson.

L. A. Glam
Makeup For Athletes: Oxygenetix Is The Answer