Austin Film Festival (AFF), the premier film festival recognizing writers’ and filmmakers’ contributions to film, television, and new media, has announced the first wave of screenings to be included in their 2019 film slate, taking place October 24-31. 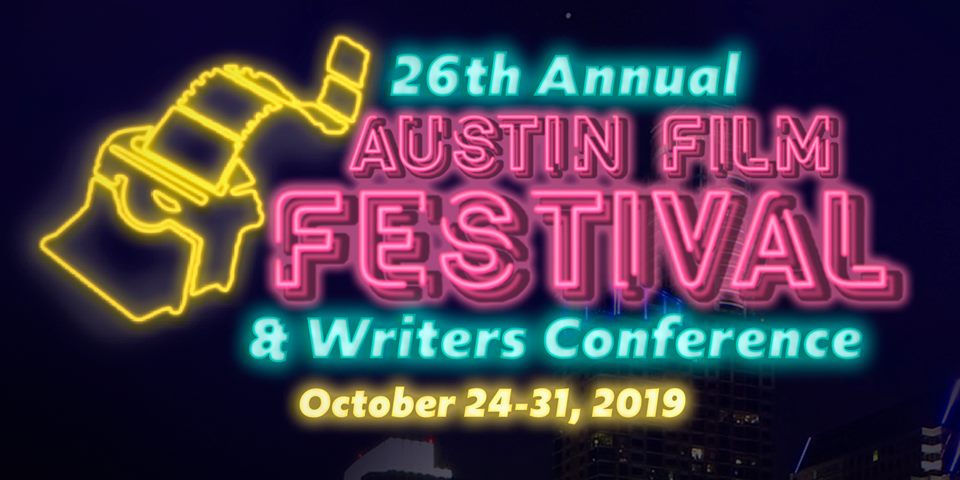 Aline Brosh McKenna will also join the Festival alongside her Crazy Ex-Girlfriendco-creator and star Rachel Bloom to present the documentary Crazy Ex-Girlfriend: Oh My God I Think It’s Over that follows the show’s final episode, with filmmaker Katie Hyde in attendance. Following the screening, the three will sit down for a Q&A to discuss the CW musical comedy series that explores mental health issues and modern relationships and the story’s journey through its final season, which concluded in April 2019.

The complete list of programming, including over 100 more films as well as hundreds of panels, will be announced in late September.

Based on real events, from visionary writer-director Terrence Malick, A HIDDEN LIFE is the story of an unsung hero, Franz Jägerstätter, who refused to fight for the Nazis in World War II. When the Austrian peasant farmer is faced with the threat of execution for treason, it is his unwavering faith and his love for his wife Fani and children that keeps his spirit alive.

In the aftermath of a terrible car accident, a man tries to make sense of his life and seeks revenge for what he has lost.

In an age of breathtaking change, rapid urbanization, and a daily news cycle, it’s hard to imagine an existence almost entirely divorced from that reality.  Yet, COWBOYS: A Documentary Portrait reveals a fascinating way of life tied uniquely to the natural environment and capricious thousand-pound animals.  Filmed on location in the most remote parts of the American West, COWBOYS paints an intimate portrait of a surprisingly diverse and eloquent group of men and women committed to a harsh reality while feeding a population they’re likely never to encounter.

Crazy Ex-Girlfriend: Oh My God I Think It’s Over

“Crazy Ex-Girlfriend: Oh My God I Think It’s Over” is a peek behind the curtain as the team behind the award-winning comedy series "Crazy Ex-Girlfriend” wraps up its final season. We watch as co-creators Rachel Bloom and Aline Brosh McKenna and their many talented collaborators steer the show through its final episode. The film highlights their unique process as they juggle writing, songwriting, choreography on a spinning turntable, last minute big ideas and emergencies, and the "impossible task" of creating a smart, feminist, musical comedy show that's a process unlike any other show ever to air on network TV.

Based on the thrilling and inspirational life of an iconic American freedom fighter, HARRIET tells the extraordinary tale of Harriet Tubman’s escape from slavery and transformation into one of America’s greatest heroes. Her courage, ingenuity, and tenacity freed hundreds of slaves and changed the course of history.

Macabre is a feature film based on the true story of the 'Werewolves of Freiburg', two young brothers who were accused of brutal murders in the 90's, in Brazil. The thriller follows Sergeant Téo in his quest for the suspects hiding in the Atlantic Forest. While the population, the press and the local police condemn the brothers, Téo realizes that one of them may be innocent.

A small Texas town awakes when a high school wrestler gets swept into the dangerous world of an intoxicating drifter and her ruthless lover. Lives intertwine and spiral violently out of control once he becomes her escort driver and risks everything to save her.

A chilling portrait of what happens when activism rattles the institutions of power.

Fabienne is a star; a star of French cinema. She reigns amongst men who love and admire her. When she publishes her memoirs, her daughter Lumir returns from New York to Paris with her husband and young child. The reunion between mother and daughter will quickly turn to confrontation: truths will be told, accounts settled, loves and resentments confessed.

The VICE Guide to Bigfoot

The debut feature from director Zach Lamplugh (Adult Swim); This paranormal comedy follows a hopelessly millennial reporter on the most important assignment of his career: Bigfoot. But after following a prominent cryptozoologist into the Appalachian foothills, he's forced to answer the question "is a good story worth dying for?"