Ralph Lauren Has Been Knighted By HRH The Prince of Wales 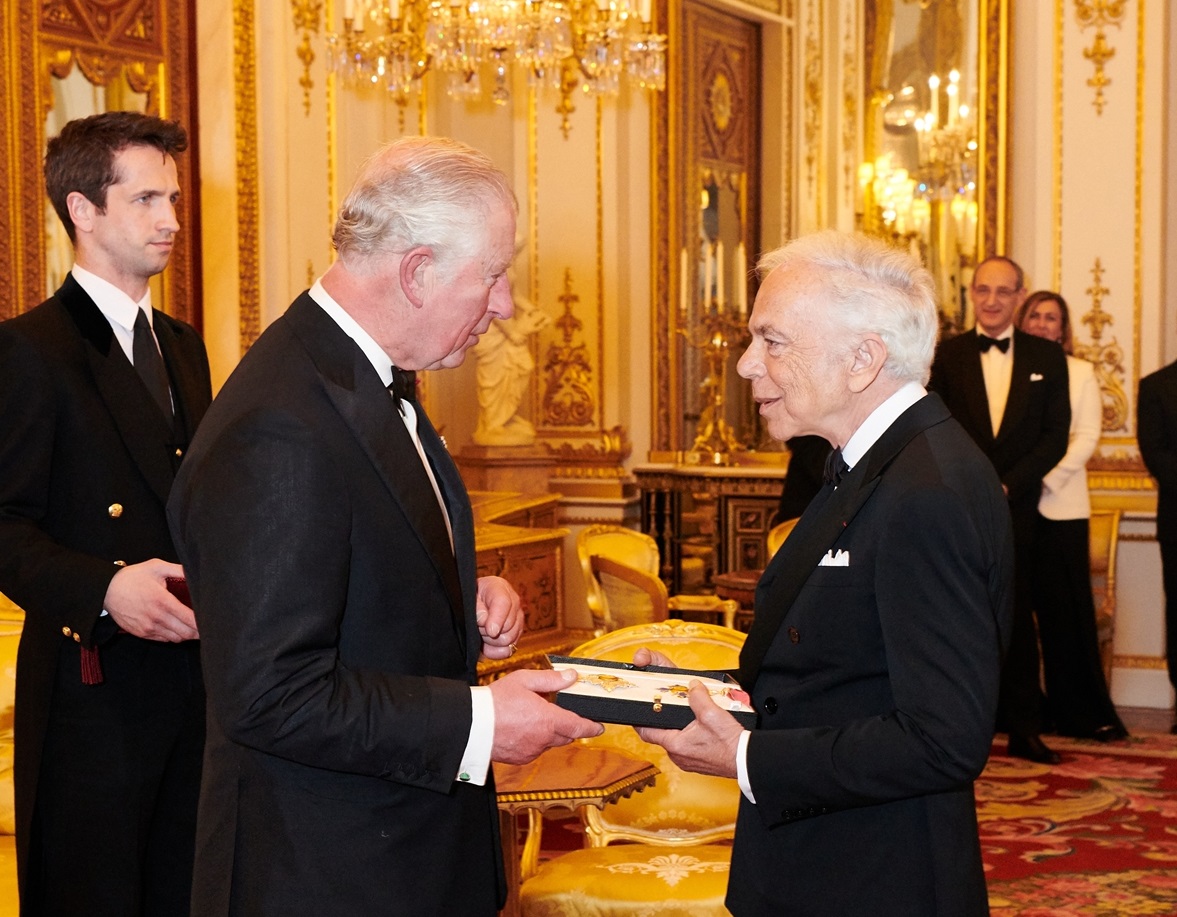 Ralph Lauren, esteemed American fashion designer, businessman, and philanthropist has been made an Honorary Knight Commander of the Most Excellent Order of the British Empire (KBE) for Services to Fashion. Mr Lauren was presented with the honorary knighthood insignia by His Royal Highness The Prince of Wales in a private ceremony at Buckingham Palace.

Mr Lauren serves as the executive chairman and chief creative officer of Ralph Lauren Corporation. Born in 1939 in the Bronx, New York, Mr Lauren attended Baruch College, where he studied business and served two years in the US Army before pursuing his creative interests in fashion, ultimately growing his business into a global brand and a household name.

Over his career spanning more than five decades, Mr Lauren has been recognized with the Key to the City of New York from Mayor Michael Bloomberg, for his outstanding civic contributions, and the French Chevalier de la Legion d'Honneur, in recognition of his contributions as a designer, business leader, and philanthropist. He was also awarded the James Smithson Bicentennial Medal, recognizing his lifetime contributions as a great American and his leadership role in the preservation of the Star-Spangled Banner. The Council of Fashion Designers of America has awarded Mr Lauren many high honours including Womenswear and Menswear Designer of the Year, Retailer of the Year, and the prestigious Lifetime Achievement Award. He also received the CFDA's Humanitarian Leadership Award, the CFDA's first-ever American Fashion Legend Award, and WWD's inaugural John B. Fairchild Honor, and he was recognized for his Outstanding Achievement by the British Fashion Council at the British Fashion Awards.

In London, Ralph Lauren Corporation made a generous donation toward The Ralph Lauren Centre for Breast Cancer Research, which opened at The Royal Marsden in June 2016. The centre is at the forefront of international breast cancer research, with a focus in the field of molecular testing. The centre has made a major commitment to leading research into early diagnosis and the development of new treatments.

Film
The Rise & Fall Of The First American Couturier: HALSTON