Trailer: 'Unbridled' Tells The Story of A Girl & A Horse

The film is inspired by the real-life equine assisted psychotherapy (EAP) program of the Corral Riding Academy in Cary, NC, which helps abused girls heal by pairing them with rehabilitated horses. Unbridled draws attention to sex trafficking and domestic abuse, tackling these difficult issues in a delicate way through a series of heartbreaking events experienced by the film’s primary character, teenager Sarah Miller.

Gerald McGlothlin, President of Moving Visions Entertainment, Inc. said, “Unbridled tells the powerful story of an abused girl who teams up with an abused horse on a journey of healing, culminating with the epiphany that any life, no matter how broken, can be made whole again.”

Directed by John David Ware, the film is an uplifting story of overcoming some of life’s greatest obstacles. “Sarah’s journey of healing evokes tears that transcend into heartfelt joy," says the film's producer Christy McGlothlin. Following a successful theatrical release, Tedd Faraone, Cinespots CEO and Founder announce his company has plans to bring “UNBRIDLED back to the big screens for special showings throughout the year near horse therapy centers to support their work.

Unbridled is rated PG-13 for mature thematic content including some disturbing images. DVD copies are available now for purchase from major online retailers and will be available starting in May at various mass merchant retail stores. The film is currently available to stream, rent or buy on various digital retail sites. 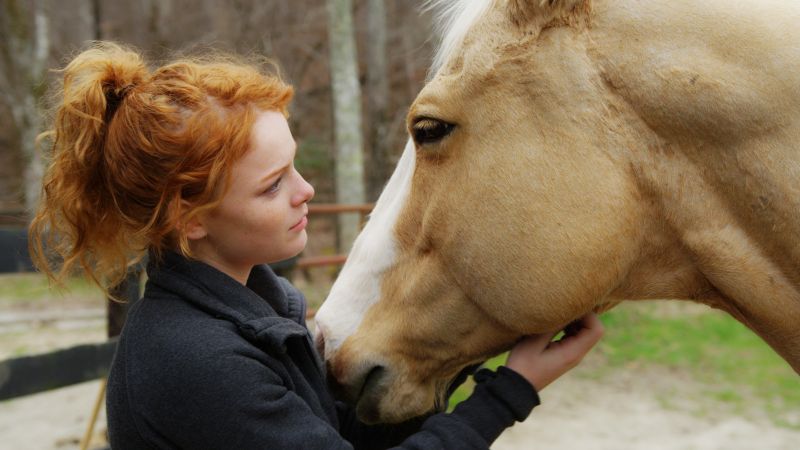