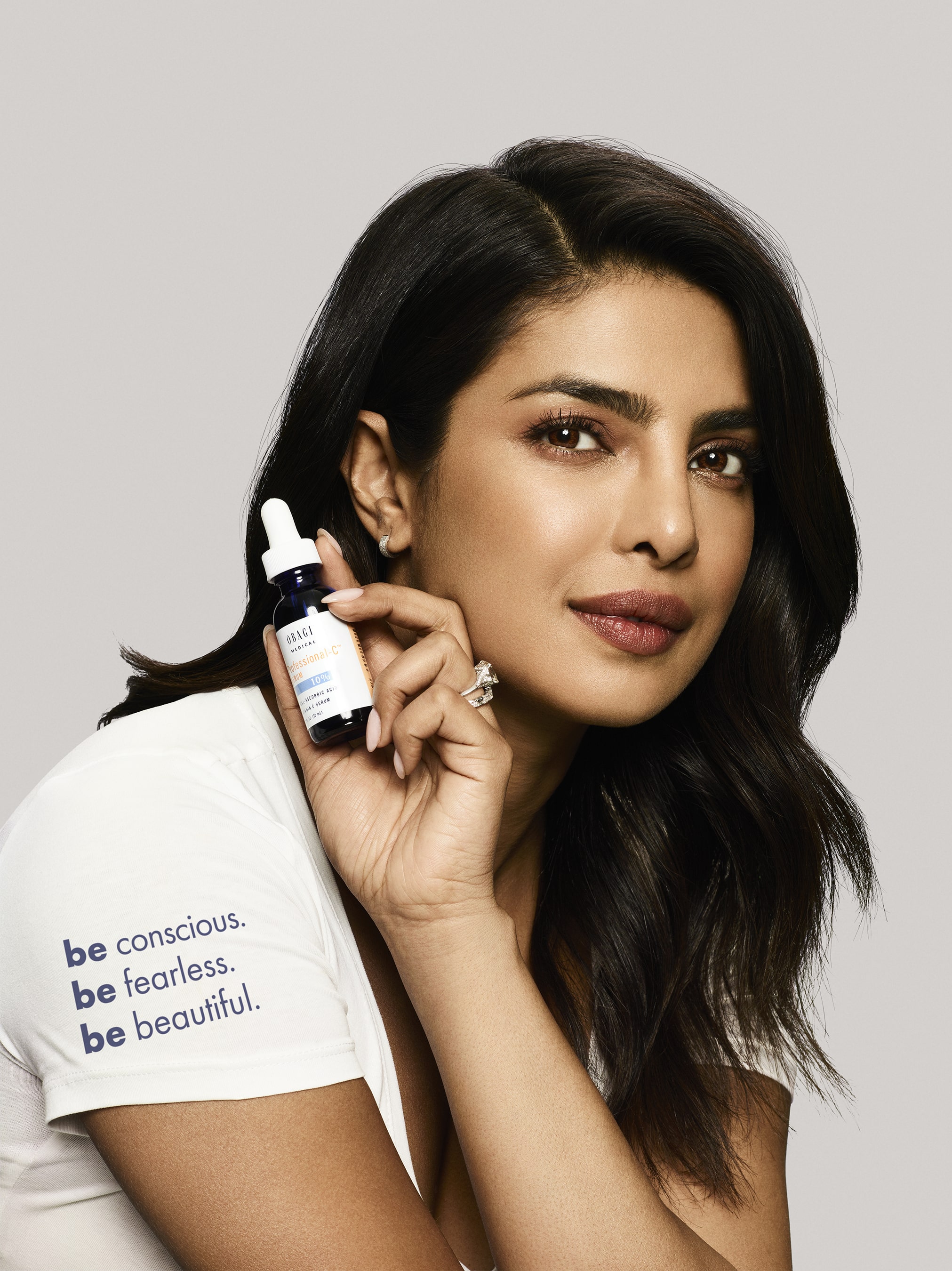 Obagi announced the launch of its SKINCLUSION™ initiative, which is designed to elevate the global dialogue about diversity and how we can all make conscious choices to see the beauty in all of our differences. The initiative features SKINCLUSION ambassador, actor, producer and activist Priyanka Chopra Jonas, who has been dedicated to fighting for inclusion and diversity over the course of her 20-year career.

"The Obagi® SKINCLUSION initiative is very close to my heart because it aligns with my values and personal experience," said Priyanka, who has been recognized by Forbes over the last two years as one of the World's 100 Most Powerful Women. "The initiative supports the idea that we should be more conscious about everything we do, including how we address the automatic assumptions we make about others based on their skin tone. We all have unconscious bias, and it's up to all of us to recognize it and be the change we want to see in the world."

Obagi developed this important and timely initiative to focus on the need for people around the world to be fully inclusive and to recognize our own unconscious biases, specifically surrounding skin tone. Unconscious biases are attitudes and stereotypes that are largely unintentional, automatic and outside of our awareness. Unconscious biases can cause "blind spots" that prevent us from seeing the beautiful humanity we all share. Recognizing our own bias may allow us to challenge it, overcome it and ultimately, create a world where diversity is celebrated.

"Obagi's SKINCLUSION initiative represents our commitment as leaders in the skin care space to elevate the global dialogue about diversity and inclusion, and spark actions that are more inclusive and reflective of all of our beautiful differences," said Jaime Castle, Obagi President and member of the CEO Action for Diversity & Inclusion, the largest CEO-driven business commitment to advance diversity and inclusion within the workplace. "We're proud of Obagi's 30-year legacy of providing effective, science-based skin care products for all skin tones and that we were the first professional skin care company to specifically design clinical research protocols to include all six Fitzpatrick skin types. We're also so proud to partner with Priyanka, who has brought an amazing level of passion and integrity to this initiative, and to support the significant work being done by the International Cultural Diversity Organization and Project Implicit." 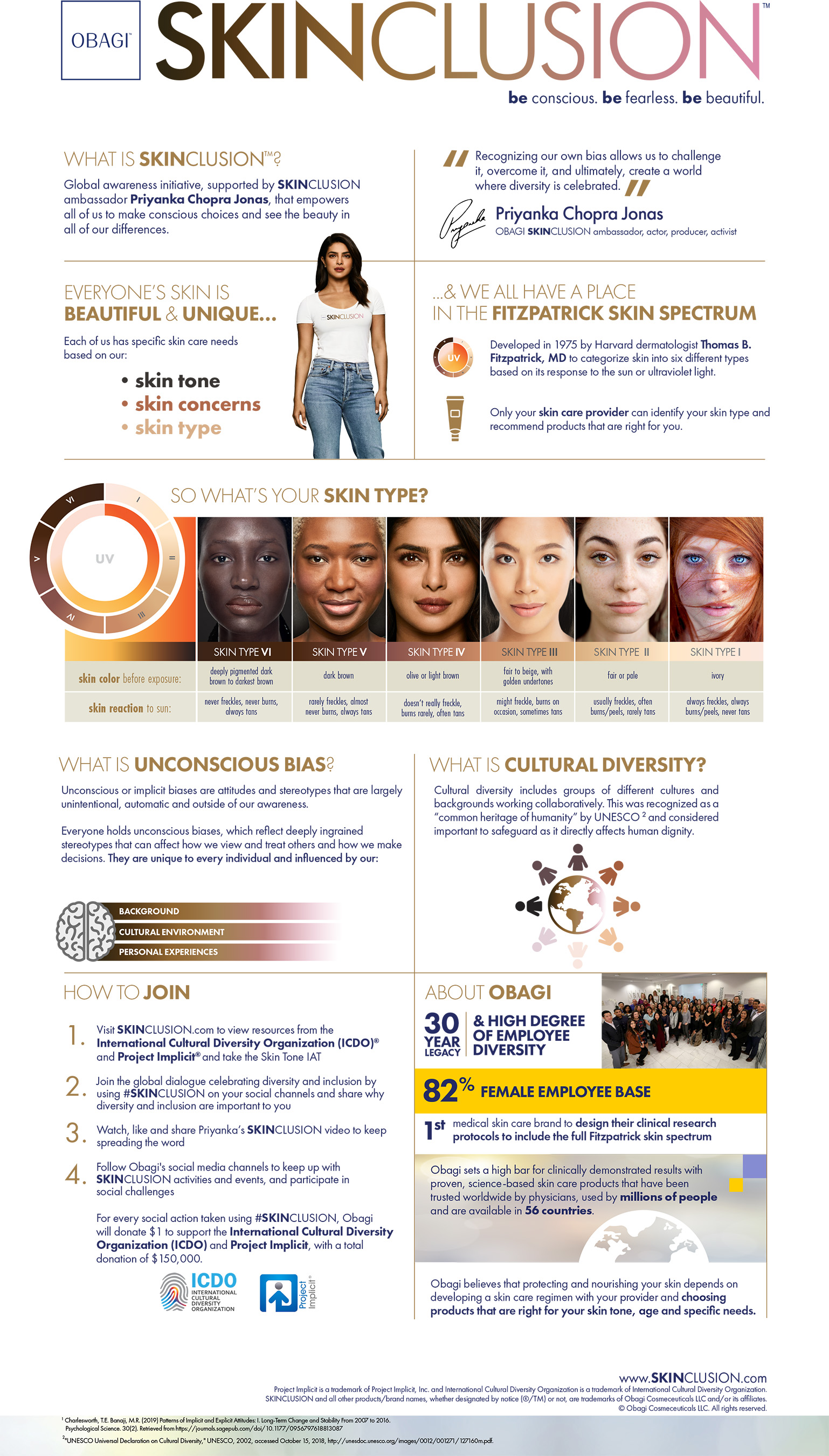 OBAGI SKINCLUSION INITIATIVE CALL TO ACTION
As part of the SKINCLUSION initiative, Obagi is supporting groups who work to expand diversity and inclusion efforts around the world, including the significant work being done by the International Cultural Diversity Organization (ICDO) and Project Implicit.

The SKINCLUSION initiative encourages people to:

For every social action taken using #SKINCLUSION, Obagi will donate $1 to support the ICDO and Project Implicit, with a total donation of $150,000.

L. A. Glam
LUVANTI Is The Perfect Gift For Mother's Day

L. A. Glam
Skincare Spotlight: Treat Yourself With La Prairie