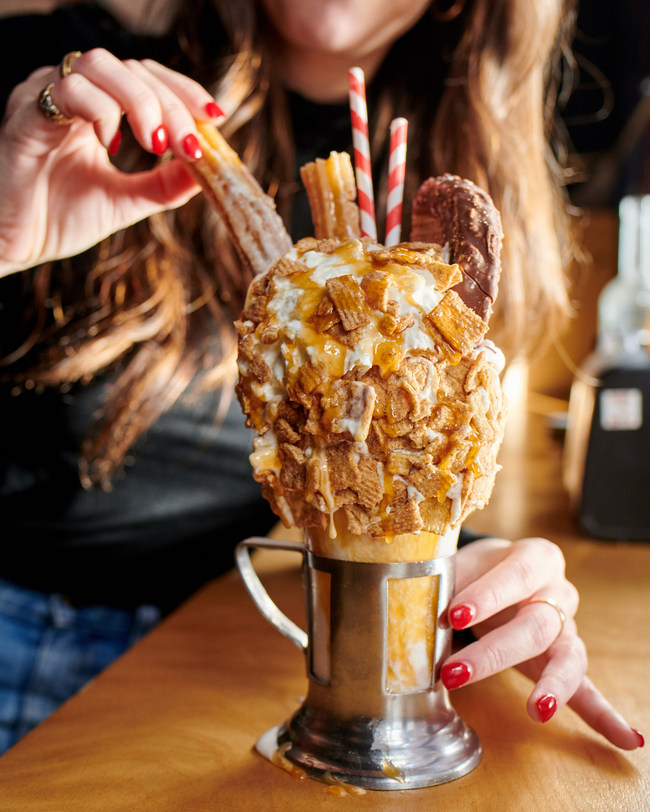 If you're in New York this Cinco de Mayo... Black Tap is serving the Churro Choco Taco Shake – the first new CrazyShake™ milkshake added to menus worldwide since 2017.

"Each Black Tap around the world has touches of local flavors and city throughout the menu, but the CrazyShake™ has always remained the same across the globe, making this addition a very exciting moment for us," says Black Tap owner Chris Barish. "From Singapore to Abu Dhabi, our guests go crazy for our shakes, and we can't wait to see what they think of our Churro Choco Taco shake. It combines childhood favorites with our over-the-top style, and we know it's going to be a huge hit."

Guests can keep the Cinco de Mayo party going with Black Tap's freshly added Mexican Hot Sauce wings, tossed in a spicy Frank's and Valentina hot sauce, garnished with scallions and served with a creamy bleu cheese. The wings are one of three flavors added to Black Tap's award-winning wing menu in April.

Film
'Once Upon a Time... in Hollywood' Added To Cannes Film Festival Slate