The Los Angeles Zoo leads the charge in California condor conservation with the discovery of a successful breeding technique never before tried by any other Zoo. 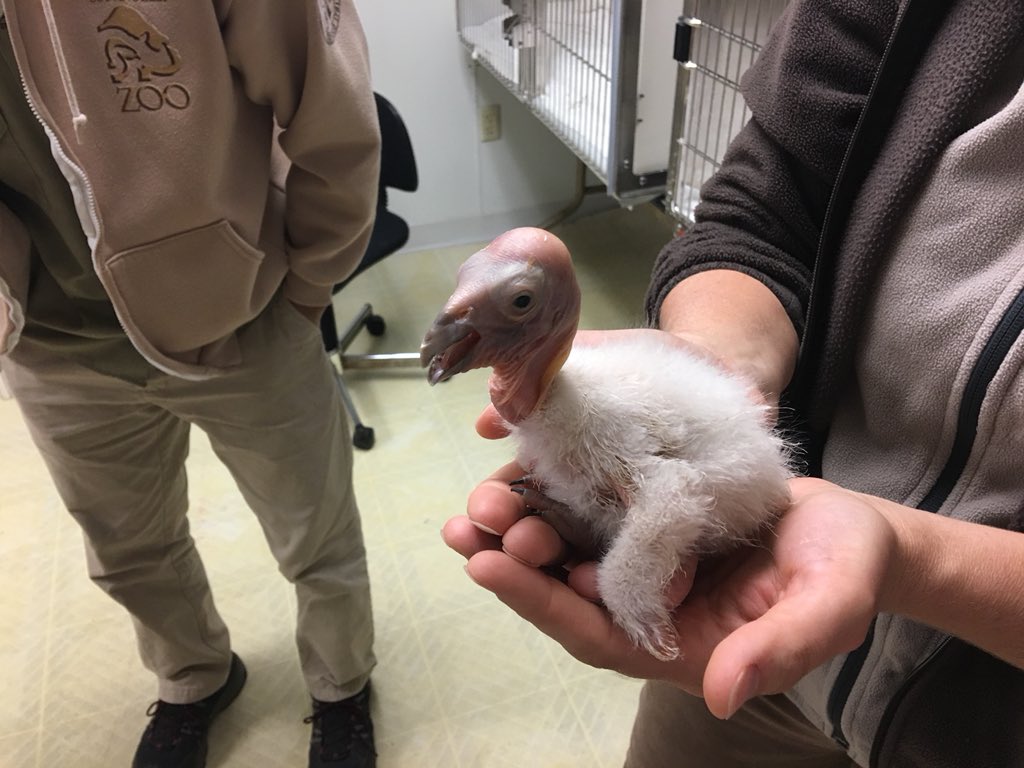 With only 500 California condors left in the world, the L.A. Zoo has spent the last 30 years refining the delicate process of breeding these birds, with the goal of releasing them back to their native habitat. The new, advanced approach of allowing the adult birds to foster more than one chick at a time has shown Zoo staff what the condors are capable of while also increasing the numbers of a critically-endangered species.

“It’s resourceful advancements such as this from our dedicated animal care staff that continues to showcase the level of commitment the Zoo has to California condor preservation,” said Denise Verret, interim director of the Los Angeles Zoo. “For over 30 years, we have championed the survival of this species on behalf of our fellow Angelenos, and I look forward to the future of condor conservation as we share this knowledge with our peers.”

Incubating a California condor egg in human care is a delicate process that has been refined over the past 30 years. After a bird lays an egg, staff examines the egg to check for fertilization, and, if fertilized, the egg is placed in the Zoo’s controlled incubation system to develop for about 57 days. Staff have regular access to the egg to monitor its health. Scientists have found that if the egg is left under the adult bird for the entire incubation period there has been less chance of survival. Once an egg is close to hatching, it is placed with an experienced foster condor to raise. In most cases, if there are more chicks than there are foster condors available, a selection of chicks will be be hand-raised by staff, which is becoming less ideal as chicks adapt better in the wild when they are raised by condors. The L.A. Zoo had an opportunity in 2017 to re-evaluate this process when there was a surplus of chicks. Instead of hand-raising these chicks, staff placed two chicks with a foster female, Anyapa, who had a strong bond with her animal care staff, which allowed her to trust the new technique and create the groundwork for this new breeding process. Those two chicks have since been returned to the wild and have adapted well to their new surroundings.

“In 2018 and 2019, our animal care staff used Anyapa’s success to replicate the process with more of our foster birds,” said Mike Maxcy, curator of birds at the Los Angeles Zoo. “Allowing our condor parents to raise two chicks at the same time is a breakthrough that our talented staff has developed to help the U.S. Fish and Wildlife Service's efforts to reestablish a sustainable population of California condors in the wild. The six chicks born this year will now have a better chance at adapting to the wild when they are older.”

The six chicks from the 2019 breeding season are currently being raised at the L.A. Zoo for the next two years under the care of their foster condor parents. The Zoo, in conjunction with the U.S. Fish and Wildlife Service, will determine which California locations these chicks will eventually be returned to: Big Sur, Bitter Creek National Wildlife Refuge, or Pinnacles National Park.

The L.A. Zoo’s history with California condors goes back to 1967 when the legendary male California condor Topatopa came to the Zoo as a malnourished fledgling rescued from the wild. By 1987, there were only 27 California condors left on the planet, so the U.S. Fish and Wildlife Service and the California Fish and Game Commission agreed to create a captive breeding program for the species. There are now roughly 500 California condors in the world, with more than half living in the wild. The number fluctuates due to many outside influences such as habitat loss, DDT contamination, consumption of micro trash in their environment, and above all, lead poisoning from eating bullet fragments in animals killed with lead bullets.

The California condor is the largest land bird in North America with wings spanning an amazing nine-and-a-half feet. Adult condors stand at around three feet and weigh 17 to 25 pounds. The species can soar to heights of 15,000 feet and may travel up to 150 miles a day. Adult condors have a mostly bald head and neck colored in shades of pink, red, orange, yellow, and light blue. Their feathers are mostly black except for white underwing linings. Condors are highly intelligent, social birds. They are inquisitive and often engage in play, especially immature birds. Condors find their food mostly by their keen eyesight. Like vultures and other scavengers, condors are part of nature’s cleaning crew, feeding on the carcasses of large mammals including deer, cattle, and marine mammals such as whales and seals.