The Los Angeles Zoo recently celebrated a momentous occasion with the birth of a female zebra foal on April 2, the first successful birth since 1988. 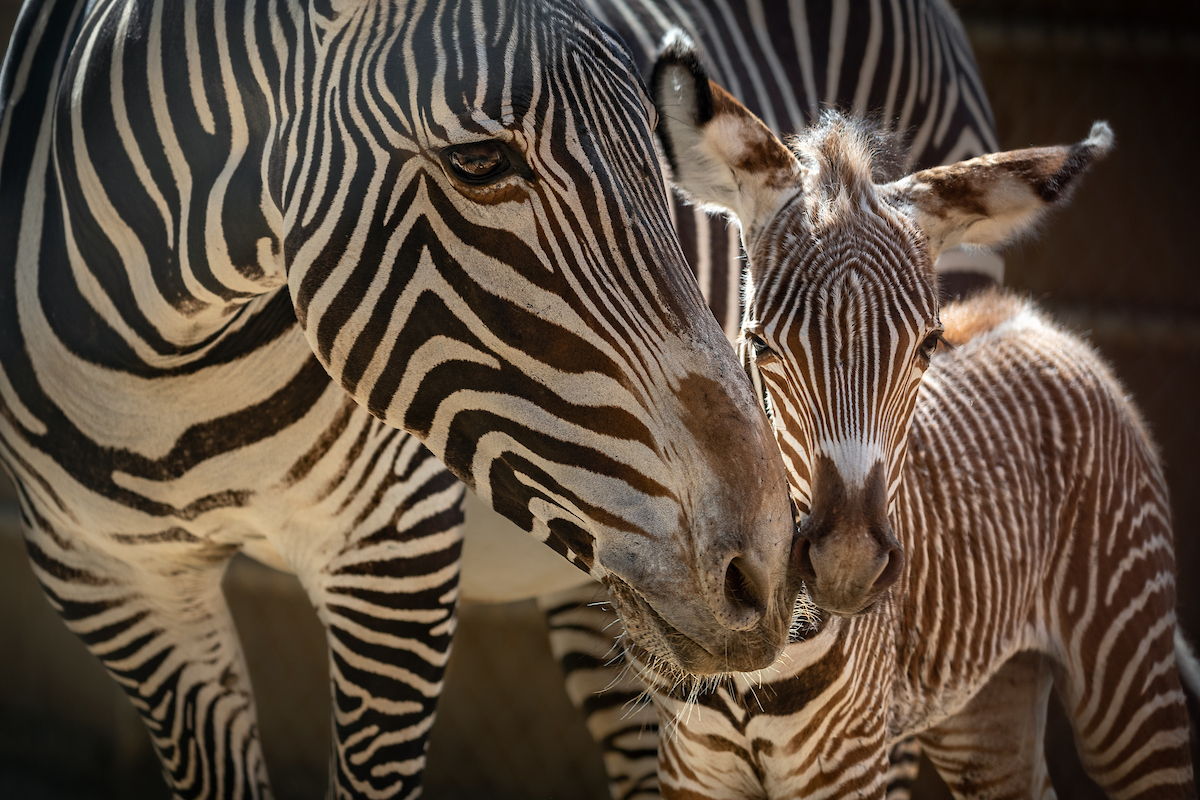 The as yet unnamed female zebra was born to seven-year-old male Khalfani (call-fawn-ee) and five-year-old female Jamila (jah-mee-lah). The parents are from a herd that came to the Zoo in 2016 as part of a species survival plan aiming to increase the population number of Grevy’s zebra that is currently endangered in the wild.

“Grevy's zebras are the largest and most threatened of the three zebra species,” said Alisa Behar, curator of mammals at the Los Angeles Zoo. “When this herd of zebras came to us a few years ago as part of a species survival plan, it was with the hope that they would get along and produce offspring. We are thrilled with the arrival of this female foal, not only because she helps contribute to her species’ survival, but also because she allows Angelenos a unique opportunity to see a zebra foal up close as she assimilates into the herd.”

The L.A. Zoo has participated in the Association of Zoos and Aquariums (AZA) Species Survival Plan® (SSP) program for Grevy’s zebra since the 1980s. The effort to preserve and increase the population of this species represented both in zoos and in the wild became necessary after being listed as endangered by the International Union for Conservation of Nature’s (IUCN) Red List due to habitat destruction, reduced access to watering holes, and competition with livestock.

The zebra foal’s relationship with its mother is extremely important. After a gestation period of 13 months, the foal is born and is walking on its own within 20 minutes. However, the mother will remain close to her offspring, walking around her newborn so it will memorize the black and white striped pattern on her body. This maternal instinct allows imprinting to occur. Imprinting is the ability to recognize another animal as a parent and build habitual trust. Foals will nurse for six months and will remain with their mothers for two to three years until they reach sexual maturity. 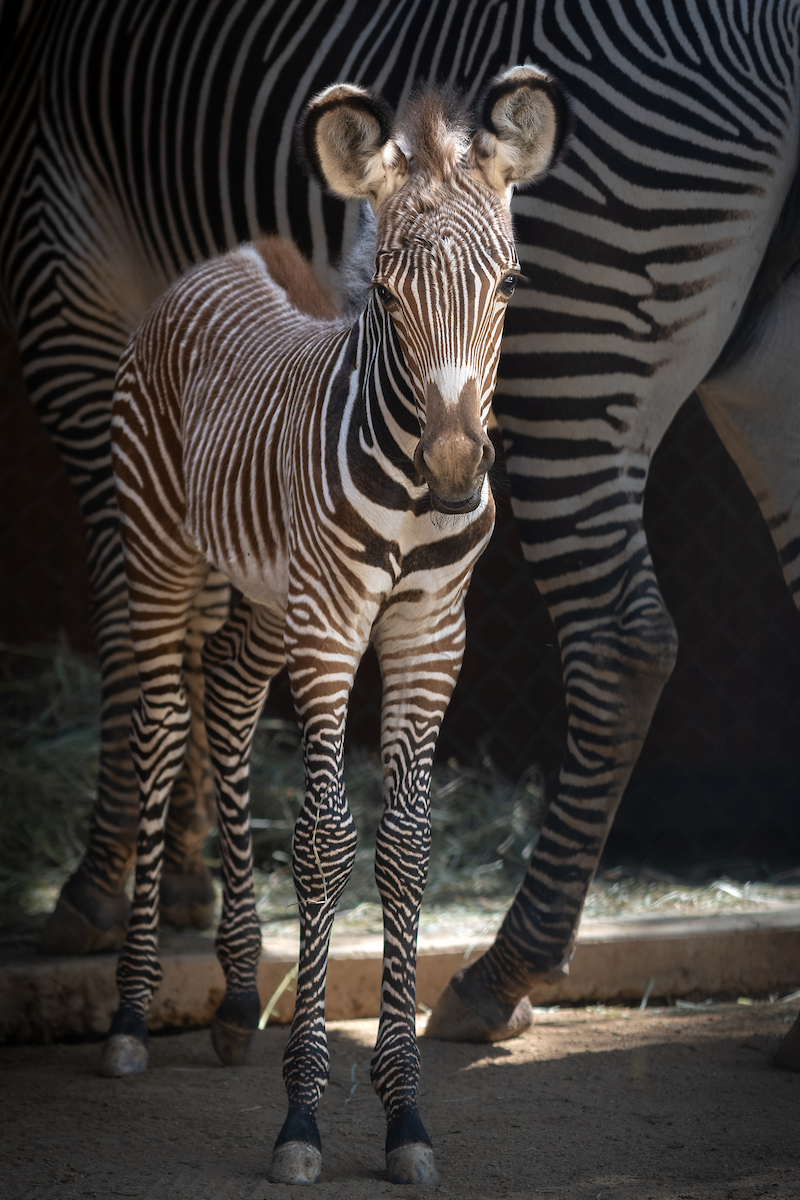 Grevy’s zebras inhabit semi-arid and open scrub grasslands of southern Ethiopia and northern Kenya. Males are five feet tall at the shoulders and can weigh as much as 990 pounds, making them the largest species of zebra. Females are around 10 percent smaller in size. This species of zebra has a larger head than the others, with a thick, erect mane and short, tufted hair at the tip of the tail. They have the skinniest stripes of any zebra, which run all the way down to a white belly and rear-end; other zebra species have stripes on their belly. Zebras communicate with each other through a series of loud, yelping barks and long, drawn out grunts, divided by shrill whistles. The Grevy’s zebra’s life span in the wild is about 18 years.

Guests are encouraged to view the zebra foal and her mother in their habitat daily, weather permitting. The herd will have alternating access to the habitat. If the baby is not out when you visit, it means she is in the back bonding with her mother.