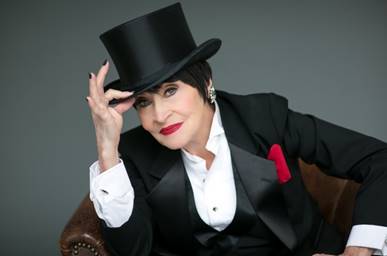 The 3rd annual Chita Rivera Awards (www.ChitaRiveraAwards.com) will take place on Sunday, May 19 at the NYU Skirball Center for the Performing Arts (566 LaGuardia Place off of Washington Square Park), it was announced by Joe Lanteri, Founder and Executive Director of the New York City Dance Alliance Foundation, Inc. (www.NYCDAFoundation.net). Lanteri produces in conjunction with Patricia Watt.

The nominations for the 3rd annual Chita Rivera Awards will be announced April 26.

Carrying the namesake of one of the great dance icons of the American musical theater, the mission of the Chita Rivera Awards is to celebrate dance and choreographic excellence - past, present and future. The awards will honor the superb achievement of each nominee, while recognizing the immeasurable talents and passion of every theatrical choreographer and dancer. Additionally, through education and scholarships, the awards are committed to nurturing future generations, as well as preserving notable dance history.

Nominators will consider outstanding choreography, featured dancers and ensemble in shows on Broadway and Off Broadway, as well as, outstanding choreography in film, that opened in the 2018-2019 season. Nominations for the productions under consideration this season will be determined by the designated nominating committee. There are separate nominating committees for Broadway, Off Broadway and Film. There is also an awarding committee for Broadway, which determines the final nominations that are received from the Broadway nominations committee.

Honorees of the Lifetime Achievement Award, Outstanding Contribution to Musical Theater Award, and a special Ambassador for the Arts Award will be announced in the coming weeks. Tickets are currently available on www.ChitaRiveraAwards.com.