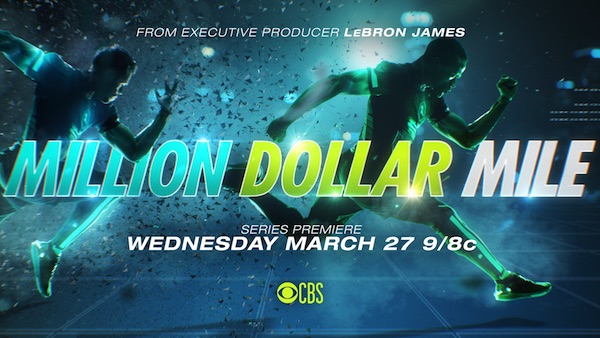 On the series premiere of MILLION DOLLAR MILE, contestants are given a two-minute head start as they face off against the Defenders, a group of elite athletes whose goal is to defend the million-dollar prize, in the most challenging one-mile course ever designed on the streets of downtown Los Angeles, Wednesday, March 27 (9:00-10:00 PM, ET/PT) on CBS.