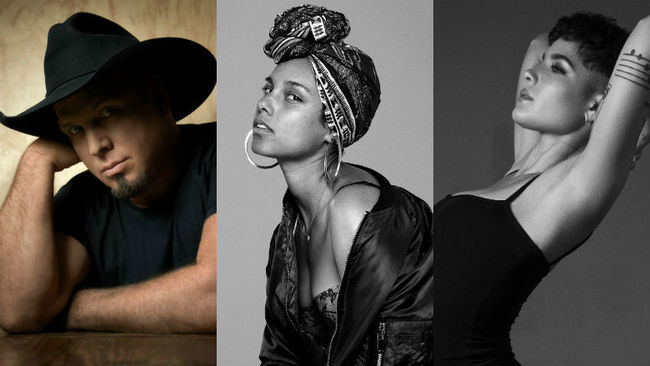 iHeartRadio will honor 15-time Grammy winner Alicia Keys with the coveted 2019 iHeartRadio Innovator Award for her unparalleled contributions to pop culture and social causes as an artist, songwriter, producer, entrepreneur and activist. She has released six critically acclaimed studio albums, including her game-changing debut, Songs in A Minor. She launched in 2018 She Is The Music (SITM), a nonprofit focused on driving equality, inclusivity and opportunity for women across the music community, which recently announced the launch of the largest global industry database for female creators and professionals. Keys is also a co-founder of the Keep a Child Alive non-profit organization, which partners with grass-roots organizations to combat the physical, social and economic impact of HIV on children, their families and their communities in Africa and India. Past honorees of the iHeartRadio Innovator Award include Pharrell, Justin Timberlake, U2, Bruno Mars and Chance The Rapper.

In addition, Garth Brooks will receive the first-ever iHeartRadio Artist of the Decade Award for his impact on the music industry as one of the world’s most successful and beloved artists. Brooks is the first recipient of this award, created to honor his outstanding achievements. He is the #1 selling solo artist in U.S. history, with more than 148 million albums sold. He also is the first-ever artist to be awarded seven diamonds by the RIAA for having seven albums certified with more than 10 million sales each.

Since the 1990s, Brooks has had nine #1 albums on Billboard’s Top 200 and 17 #1 albums on the Top Country Albums chart, spending more weeks at #1 on the album sales charts than any other artist since Soundscan’s inception. Brooks was recently named the inaugural inductee into the Live Music Hall of Fame and has been inducted into the Musicians Hall of Fame, International Songwriters Hall of Fame in New York, the Nashville Songwriters Hall of Fame and the Country Music Hall of Fame.  The recent Garth Brooks World Tour with Trisha Yearwood smashed Brooks’ own previously held records by selling 6.4 million tickets, making it the biggest North American tour in history. In 2018, Brooks performed the first-ever concert at Notre Dame and sold out 84,000 tickets in under two hours.

At this year’s awards, L’Oréal Paris and iHeartRadio also will present Halsey with the 2019 Fangirls Award, which recognizes a female artist who has pushed boundaries with her music and message while inspiring her fans around the globe. The Fangirls Award presented by L’Oréal Paris celebrates the power of women coming together in support of other women. The award, inspired by L’Oréal Paris’ deep-rooted belief in the inherent worth of every woman, encourages fans to show their support and appreciation for women – and artists – who inspire and empower them.

Halsey embodies the L’Oréal Paris philosophy, “Because You’re Worth It,” demonstrating ambition, passion and a strong sense of self-worth by using her voice both in her chart-topping music – which has garnered more than 10 billion streams globally, nearly 8 million adjusted albums sold and 6 consecutive top 5 airplay singles, including 3 of which reached the #1 spot, and a 4th on its way – and championing causes she passionately believes in, including disenfranchised youth, women’s rights, mental health and the LGBTQ community. The alternative pop artist also is nominated in three 2019 iHeartRadio Music Awards categories, including Female Artist of the Year. Last year’s inaugural iHeartRadio Fangirls Award recipient was Camila Cabello.