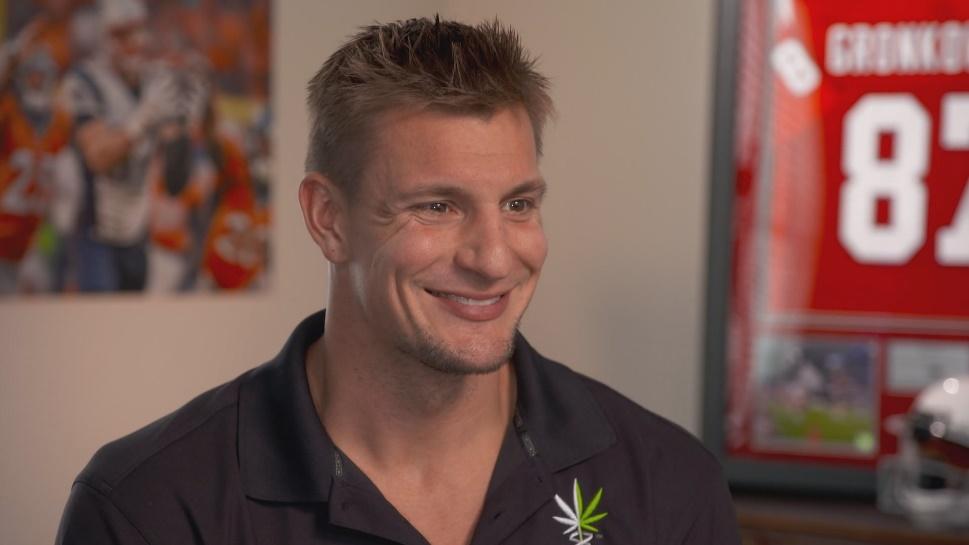 Former New England Patriots star tight end Rob Gronkowski, known for his on-field exploits and off-field antics, uses jigsaw puzzles to lower his stress levels and to help his mental recovery, he tells Reena Ninan in an interview for CBS SUNDAY MORNING to be broadcast Sunday, Dec. 8 (9:00 AM, ET) on the CBS Television Network.

Gronkowski played nine seasons for the Patriots and broke all sorts of records along the way to winning three Super Bowls. He’d suffered several significant injuries, including concussions. He retired at the end of last season and is now 30 years old.

“I just wasn’t feeling like myself anymore,” Gronkowski says of leaving the game. “That’s basically the main reason. The lifestyle caught up to me, and I was just fighting my way through the last two years. It wasn’t enjoyable anymore. I just knew that’s when it’s time to go – and walk away.”

“It just lowered my stress levels, just the way, you know, I was feeling,” Gronkowski says of puzzles. “I just, you know, just was always anxious, always going. And I just needed to finally find some downtime to just relax.”

The puzzles, he says, also help his mental recovery.

“Just started improving my, you know, problem-solving skills, too, on top of it,” he says. “It was crazy. My brain was just clicking. It was just going. It was all on wheels.”

He says he’s seen progress in his health with this program. Gronkowski says that looking at pictures from seven months ago his head was swollen.

Does he ever think of the damage playing football may have done to his brain and body?

“I mean, I’m not, you know, I’m not sitting here every day, I’m waking up and feeling unbelievable,” he says. “But I’m saying, like, from where I was, I’m improving a lot every week, and if I stay on the right track, I keep improving.”

Gronkowski and his parents also talk with Ninan about football, their family, and his time away from the sport, which includes launching new businesses.