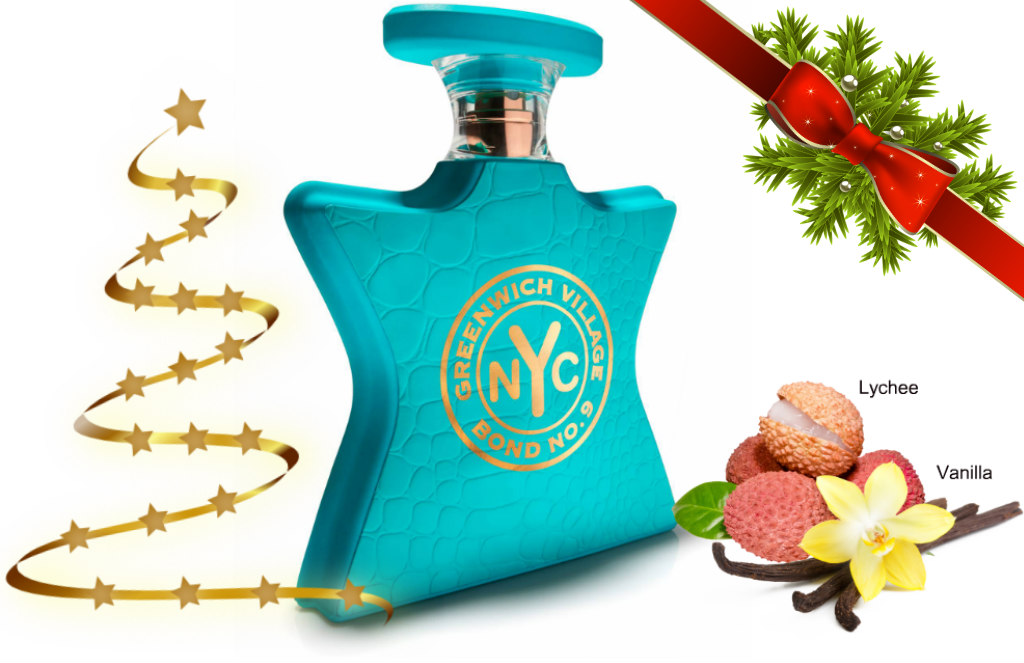 Launched during the spring 2019, Greenwich Village is the latest fragrance from the renowned perfume house; Bond No.9.  Like its predecessors, Greenwich Village captures one of New York's iconic neighborhoods. "I was thinking of painters and musicians, the jazz clubs and the chess cafés where I went in the seventies when I first came to New York. The Village is intimate; it's real," says founder and President Laurice Rahmé.

Described as a unisex scent, it is elegantly wrapped in a croc-embossed turquoise bottle. "This is a fragrance that's not afraid to be different — like the Village  itself," says Laurice. With top notes of Cassis, Lychee, Mandarin, it is followed by middle notes of white Peony, Waterlily and Jasmine, it ends with base notes of Ambroxan, Musk, Vanilla, Oakmoss and Praline. Although light, it has a distinct personality and can be worn by everyone in any season. The perfect gift for Christmas.

L. A. Glam
Tiffany & Co. - Love The Perfect Gift For The Holidays