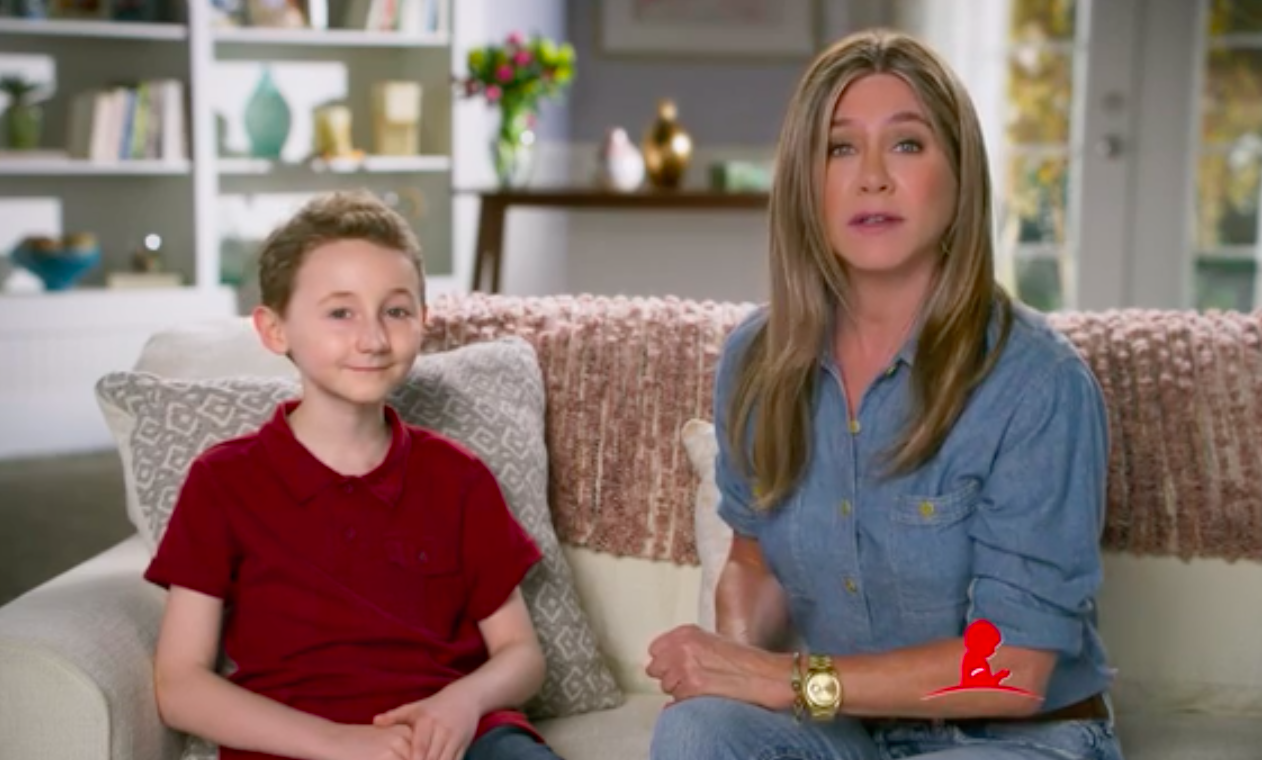 For the first time in campaign history, Thanks and Giving co-founders, Marlo and Tony Thomas – children of founder Danny Thomas – will be featured together in the series of television and digital spots alongside St. Jude patients encouraging people to support St. Jude while shopping throughout the holiday season.

"The St. Jude Thanks and Giving season is a time of year near and dear to my heart, when we can all come together to support the beautiful and brave children and families of St. Jude Children's Research Hospital," said Jennifer Aniston. "St. Jude is an incredible place of hope – a place that helps children who are going through something that no child or family should ever have to go through. And no family pays St. Jude for anything. Please join me this holiday season, to help make a difference in the lives of these precious children."

Now in its 16th year, the St. Jude Thanks and Giving campaign has transformed the holiday season into a time of giving thanks and raising awareness. Thanks to the support of holiday shoppers, corporate partners and celebrity ambassadors, the St. Jude Thanks and Giving campaign raises critical funds to continue the ongoing battle to end childhood cancer and other life-threatening diseases. Throughout November and December, consumers are asked to support the campaign by shopping at more than 60 leading national brands. Celebrity friends will also support St. Jude throughout the campaign by spreading the word and sharing what they #GiveThanks for, and asking their fans and followers to do the same.

"Our dedicated and loving celebrity friends are coming together once again to support the Thanks and Giving campaign and the lifesaving mission of St. Jude," said Marlo Thomas, National Outreach Director for St. Jude Children's Research Hospital. "Their kindness and devotion to this campaign is essential in raising the awareness and critical funds needed to help children with cancer and other life-threatening diseases. And their inspiration also helps rally support from goodhearted donors across the county which helps ensure that families never receive a bill from St. Jude for anything – not for treatment, travel, housing or food – because all a family should worry about is helping their child live. Together, we are giving hope to families everywhere."

The national television commercials featuring Jennifer Aniston, Sofia Vergara, Michael Strahan, Luis Fonsi and Brad Paisley will run through the end of 2019 on network and cable television channels, as well as online, in both English and Spanish.

Additionally, a star-studded St. Jude Thanks and Giving movie trailer is shown by national theatre partners including AMC, Cinemark, Regal, and many others. American Airlines provides backing via in-flight video promotion and inclusion in their in-flight magazines. All of the spots, as well as exclusive behind-the-scenes footage, will debut online this week.

Created in 2004 by Marlo, Terre and Tony Thomas — children of St. Jude founder Danny Thomas — the St. Jude Thanks and Giving campaign began as a holiday-focused fundraising effort and has grown into an annual tradition that unites celebrities, media, retail and corporate partners to support the lifesaving mission of St Jude. While Tony Thomas has produced the campaign's celebrity videos behind the scenes for the past 15 years, this year he is stepping in front of the camera for the first time ever to star in a segment with his sister Marlo.