Awards season is underway.... This weekend the 23rd Annual “Hollywood Film Awards” brought together Hollywood’s elite to honor the year’s most talked about and highly anticipated actors, actresses and films, and those who helped bring them to life. 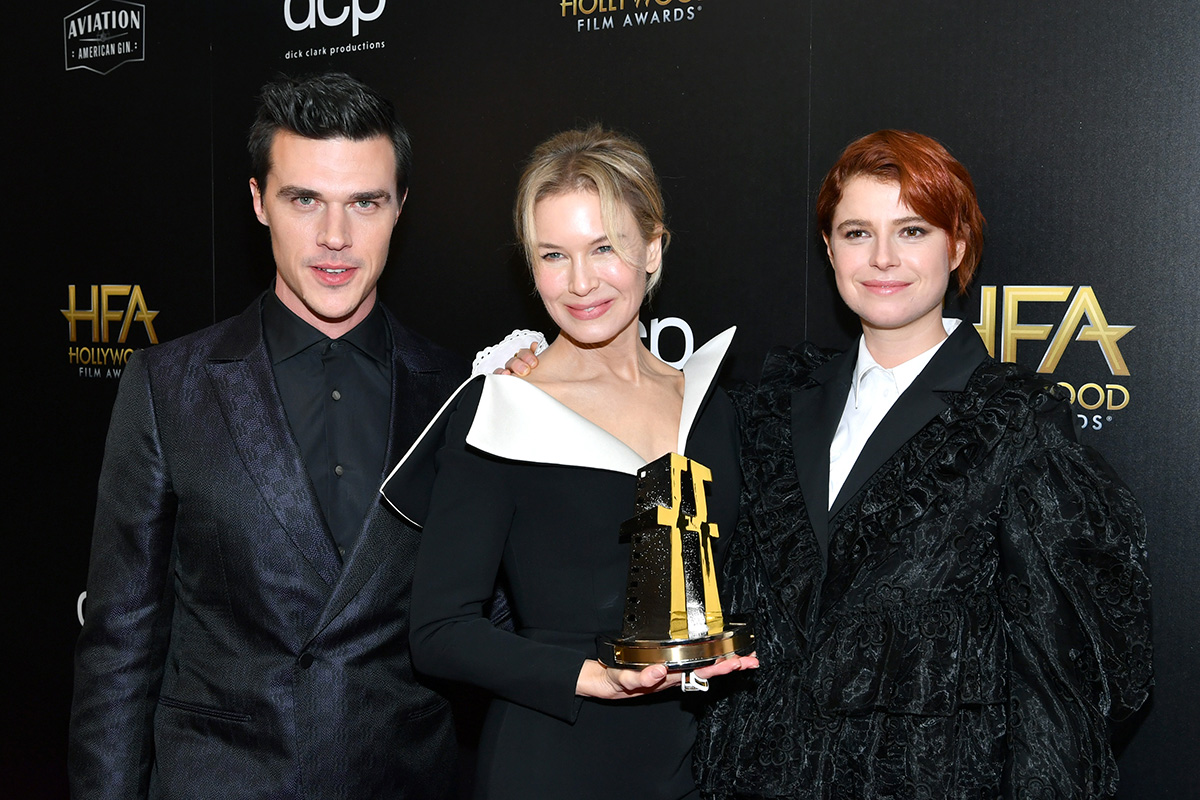 The awards ceremony, celebrating its 23rd anniversary as the official launch of the awards season, was hosted by actor and comedian Rob Riggle, and took place at The Beverly Hilton in Beverly Hills.  In its 23-year history, over 340 of the world’s biggest stars and filmmakers have been highlighted at the “Hollywood Film Awards” and more than 140 of the honorees have gone on to garner Oscar nominations and/or wins.

Host Rob Riggle infused the ceremony with heart and humor, proving to be a steadfast guide through the evening’s many memorable moments. There was no shortage of standing ovations for both presenters and honorees alike, who included some of the most iconic members of the Hollywood community. Al Pacino took time to acknowledge many of his fellow honorees and friends in the room as he accepted the “Hollywood Supporting Actor Award.” After a presentation from her mentor Martin Scorsese, “Hollywood Producer Award” recipient Emma Tillinger Koskoff delivered an emotional speech, offering a tear-filled thank you to the legendary director and producer. “Hollywood Filmmaker Award” honoree Bong Joon Ho, spoke in his native tongue to deliver a universal message that “we use only one language of cinema.”

In a touching moment between “Hollywood Career Achievement Award” presenter Nicole Kidman and this year’s honoree Charlize Theron, Kidman remarked that “we don’t get to choose our heroes, but through this journey, I got to work with one of mine!” Dakota Johnson took the stage to present Antonio Banderas with the “Hollywood Actor Award,” and reflected upon her realization that Banderas has become one of the most influential people in her life. He accepted by dedicating the award to Dakota, and his daughter Stella, who was in the room to share the night with him.

Viola Davis presented Cynthia Erivo with the “Hollywood Breakout Actress Award,” calling her “fearlessness personified” as she takes on the role of Harriet Tubman. Ray Romano brought the laughs as he showered praise upon “Hollywood Breakout Actor” honoree Taron Egerton, pointing out how unfair it is that Egerton is not only endlessly talented, but funny as well.

Kevin Feige and Victoria Alonso joined together to accept the “Hollywood Blockbuster Award,” thanking their amazing writers, directors, and awe-inspiring cast, including presenter Mark Ruffalo. Alicia Keys began her tribute to “Hollywood Song Award” honoree Pharrell Williams by recognizing all of the love in the room, before Williams delivered a powerful speech focusing on the unparalleled contributions made by “The Black Godfather” subject, Clarence Avant. He said that he has opened doors when others would glue them shut and has consistently demanded equality throughout his career.

“Judy” co-stars Finn Wittrock and Jessie Buckley were on hand to recognize their leading lady Renée Zellweger with the “Hollywood Actress Award.” She said that the experience of playing Judy Garland was “one of those rare opportunities that essentially make no sense at all, but becomes your greatest accomplishment!”

After an earnest tribute from Jon Hamm, “Hollywood Screenwriter Award” honoree Anthony McCarten joked about finding success when he strayed from his teacher’s advice to write what he knows. He advised others to write what they want to know, that curiosity is what drove him to this project. Willem Dafoe presented his friend and colleague Laura Dern with the “Hollywood Supporting Actress Award,” praising the inspiring way in which she connects to audiences through her compassion.

Antonio Banderas for Pain and Glory, presented by Dakota Johnson

Al Pacino for The Irishman, presented by Francis Ford Coppola

Emma Tillinger Koskoff for The Irishman, presented by Martin Scorsese

Anthony McCarten for The Two Popes, presented by Jon Hamm

Pharrell Williams for Letter To My Godfather, presented by Alicia Keys

Pablo Helman for The Irishman

For the latest news, follow the “Hollywood Film Awards” on social and join the conversation by using the official hashtag for the show, #HollywoodAwards.