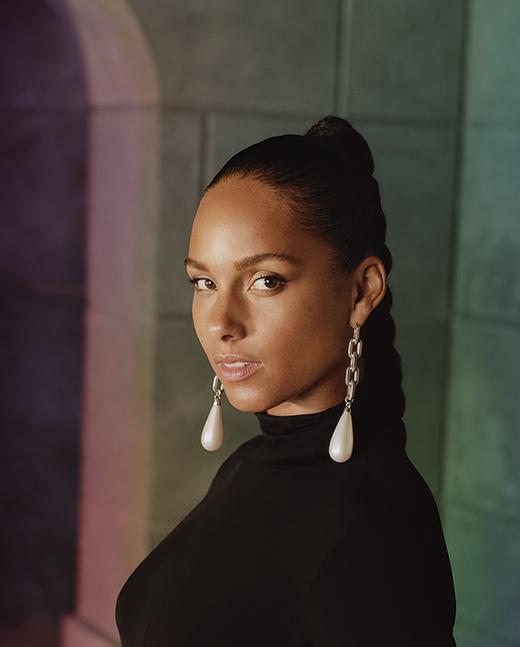 Fifteen-time GRAMMY® Award-winning singer, songwriter, producer and global superstar Alicia Keys will return as host of THE 62ND ANNUAL GRAMMY AWARDS® Sunday, Jan. 26, 2020 (8:00-11:30 PM, live ET/5:00-8:30 PM, live PT) on the CBS Television Network and on CBS All Access. Keys took to YouTube and social media this morning to announce the news in a video. The announcement comes just one week before GRAMMY nominees are revealed on Wednesday, Nov. 20 (8:20 AM, ET). Key categories will be announced live on CBS THIS MORNING.

“At first, I did think last year was a one-time thing, but when the opportunity came back around, there was no question about returning as host of the GRAMMY Awards,” said Keys. “Last year was such a powerful experience for me. Not only did I feel the love in the room, but I felt it from around the world, and it confirmed the healing and unifying power of music.”

“Alicia Keys is the ultimate musically credible MC and talent who brings everything you’d want to hosting big event television,” said Jack Sussman, EVP, Specials, Music and Live Events, CBS Entertainment. “Alicia 2019 raised the bar to the next level, and I have no doubt Alicia 2020 will take Music’s Biggest Night to all new heights.”

“From Best New Artist recipient to GRAMMY Award host, Alicia Keys has been a beacon of artistry within the music community for more than two decades,” said Recording Academy™ President/CEO Deborah Dugan. “Last year was a testament to her compelling creativity, and we are thrilled that she will return to the GRAMMY stage as our host. Anything can happen. You don’t want to miss it!”

“From the opening of last year’s GRAMMYs, it was clear Alicia was the perfect host,” said longtime GRAMMYs executive producer Ken Ehrlich. “While her commitment to the show and musical genius are undeniable, her remarkable ability to guide our live audience and millions more at home was striking. Having worked with her on all of her GRAMMY appearances, there’s a magic between Alicia and the show, and we are certain this year will make that even more apparent.”