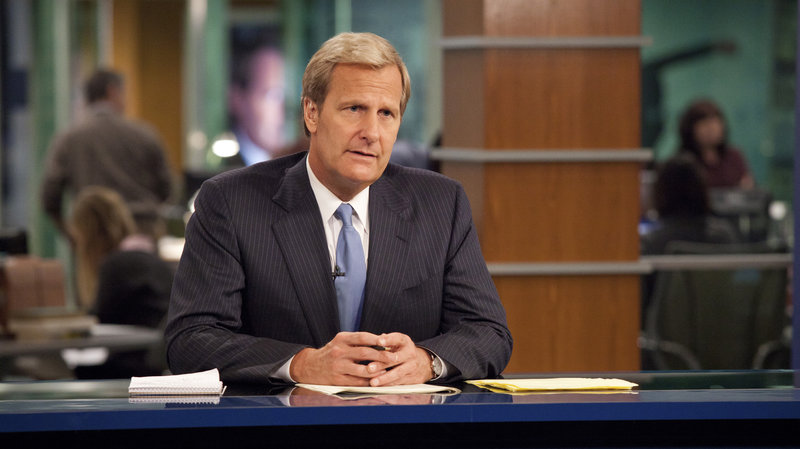 Oscar-nominated screenwriter Billy Ray (“Captain Phillips,” “Shattered Glass,” and the upcoming “Richard Jewell,” directed by Clint Eastwood) adapted the book and will be directing the currently untitled miniseries, which is executive produced by Alex Kurtzman, Shane Salerno and Heather Kadin. The drama is slated to being production in November with an airdate to be announced at a later date.

According to Ray, “Jeff is so perfect for this part. Great actor, instant integrity, loads of warmth, intelligence, complexity and gravitas. We talked backstage after I saw him in ‘To Kill a Mockingbird’ on Broadway, and I knew I was looking at the only person who could play Jim Comey. Lucky for me, he said yes.”

Daniels is a five-time Emmy® nominee, winning in Best Lead Actor for “The Newsroom” and Best Supporting Actor for “Godless.” He has also received Golden Globe nominations on the big screen for his performances in “The Purple Rose of Cairo,” “Something Wild” and “The Squid and the Whale,” as well as one for “The Newsroom.” Daniels is also a three-time individual Screen Actors Guild® Award nominee. His other major screen roles include the “Dumb and Dumber” franchise, “The Martian,” “Looper,” “Good Night and Good Luck,” “Gods and Generals,” “The Hours,” “Pleasantville,” “Gettysburg,” “Radio Days,” “Terms of Endearment” and “Ragtime.” The founder and director of the Purple Rose Theatre Company, Daniels is also a three-time Tony nominee, for “To Kill a Mockingbird” (the highest-grossing American play in Broadway history), “Blackbird” and “God of Carnage.”

Ray researched the project for over a year in order to make the drama a fair, responsible and comprehensively documented account of real-life events. He traveled to Washington, D.C. and several other cities to meet with Comey, his family, and many other key players, including prominent journalists, FBI agents, government officials from both political parties and others.

A Higher Loyalty debuted on top of the New York Times bestseller list and has already sold over two million copies across all platforms. It was recently released in paperback and again vaulted to #1 around the world. The story is the reminiscence of Director Comey, who served as the seventh director of the FBI from 2013 to 2017. From helping change the Bush administration’s policies on torture and electronic surveillance to overseeing the Hillary Clinton email investigation, as well as possible ties between the Trump campaign and Russia, Comey has been involved in some of the most consequential cases and policies of recent history.

The miniseries will be produced by Secret Hideout, The Story Factory and Home Run Productions in association with CBS Television Studios.