The Los Angeles Lakers complete 2018-19 regular season schedule was announced today. The Lakers open the season with a road contest against the Portland Trail Blazers on October 18 and will return to STAPLES Center for the home-opener on October 20 versus the Houston Rockets. For the 20th consecutive season, the Lakers will play on Christmas Day, traveling to Oakland to face the Golden State Warriors.

Marquee home games include the Utah Jazz November 23, the Oklahoma City Thunder January 2, the Golden State Warriors January 21, the Houston Rockets February 21 and the Boston Celtics March 9. Los Angeles takes their longest road trip of the season – a five-game, 12-day trip – from February 1-12, leaving town after a road game against the Clippers on January 31. The longest Laker home stand of the season is a nine-day, four-game stretch from January 21-29. Los Angeles will again play 13 sets of back-to-back games, two of which do not require travel.

Los Angeles is scheduled to play on national television a total of 35 times. The Lakers can be seen on ABC nine times, ESPN 14 times and TNT 13 times. The Christmas Day contest against Golden State is an ESPN game simulcasting on ABC. The Los Angeles Lakers’ 2018-19 regular season schedule is presented by Delta Air Lines, the Official Airline of the Lakers. Delta has been a proud partner of the Lakers since the 2010-11 season and will continue its support of the team and its fans throughout the season. Information on single-game ticket availability will be announced in the coming weeks. The Lakers’ entire 2018-19 schedule is below (all times local): 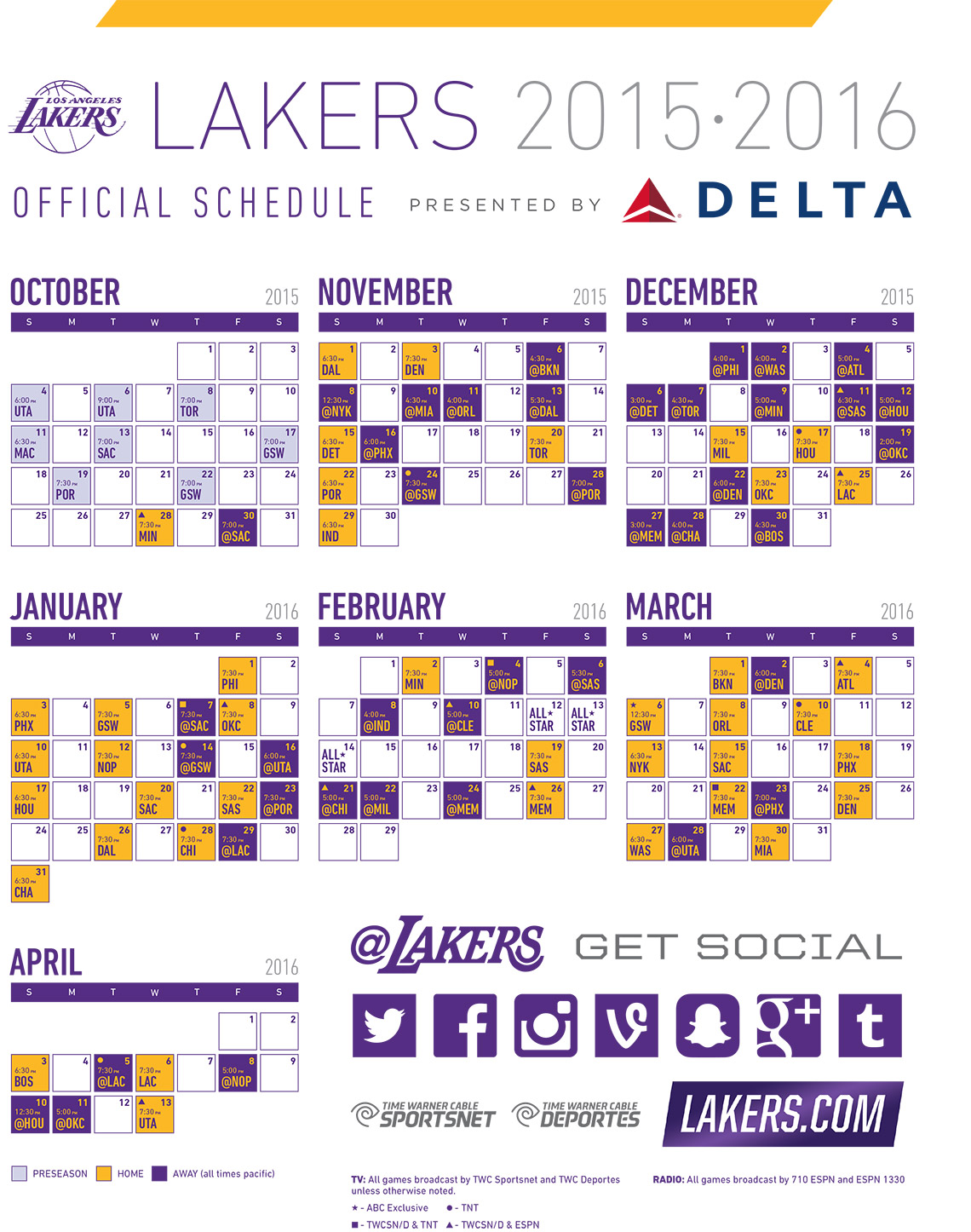