What Are The Top U.S. Made Cars In America? 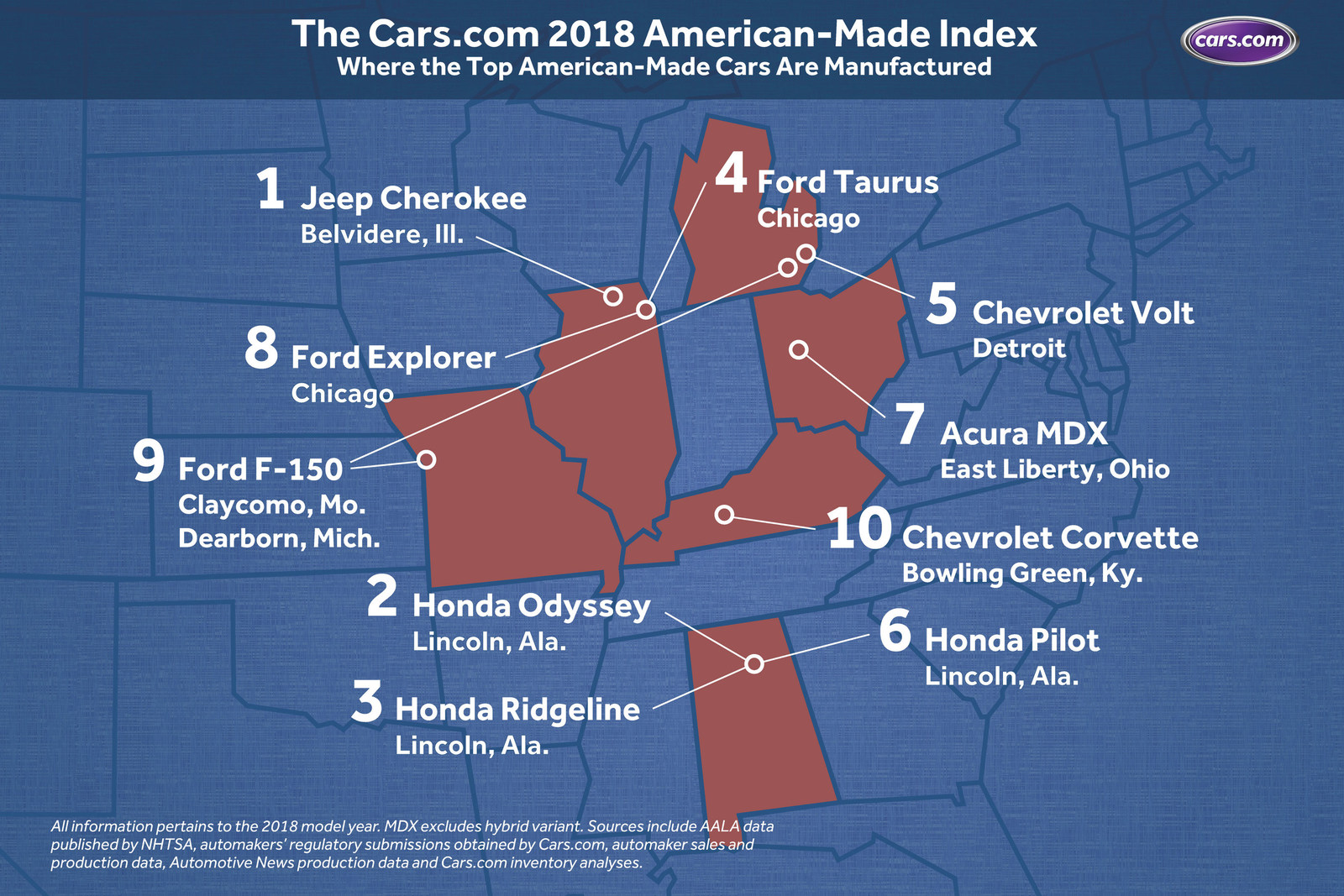 Cars.com released its annual American-Made Index to help car shoppers determine the "most American" vehicles of 2018 that have the greatest impact on the U.S. economy.

The Cars.com survey revealed many U.S. consumers want to support their neighbors and buy American cars, trucks and SUVs. Notably, 19 percent of survey respondents believe it is unpatriotic to buy vehicles that are not American-made. Additional survey insights include:

The Honda Odyssey minivan and Honda Ridgeline pickup truck round out the top three. While Honda is a Japan-based automaker, both of these cars are built in Alabama with high domestic content and U.S.-sourced drivetrains.

Lifestyle
This Is The New 2019 Honda Insight Hybrid