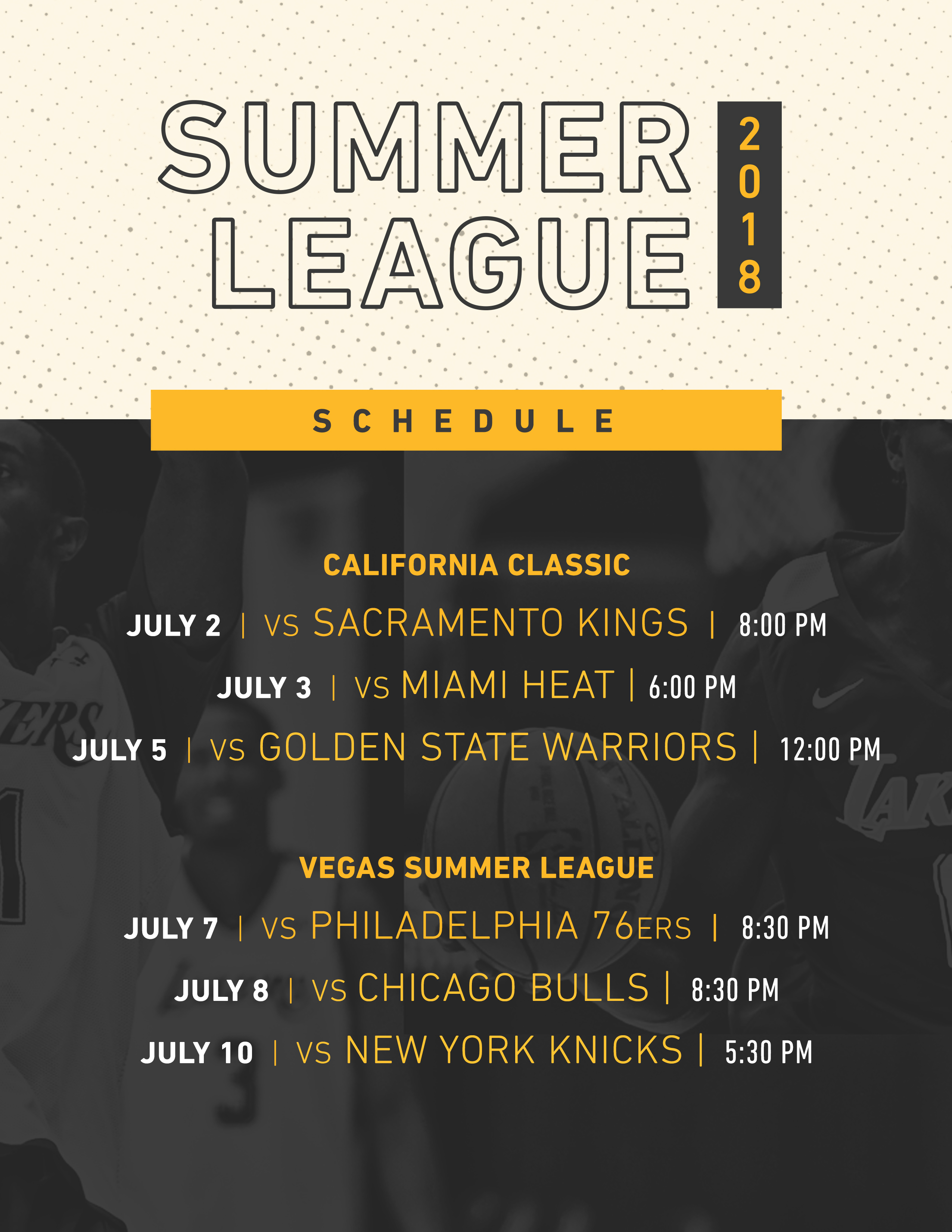 The team will hold its first practice on Friday, June 29, at the UCLA Health Training Center and will begin California Classic play in Sacramento with back-to-back games on Monday, July 2, against the Kings and Tuesday, July 3, versus the Miami HEAT. The Lakers conclude their scheduled games in Sacramento with a contest against the Golden State Warriors on Thursday, July 5, before traveling to Las Vegas to compete in their first Las Vegas Summer League game on July 7 versus the Philadelphia 76ers.

All Lakers summer league games will be televised on Spectrum SportsNet, with the exception of the July 7 contest against the 76ers (ESPN).

Tickets for the California Classic can be purchased by visiting Kings.com, while Las Vegas Summer League tickets are available at UNLVtickets.com.