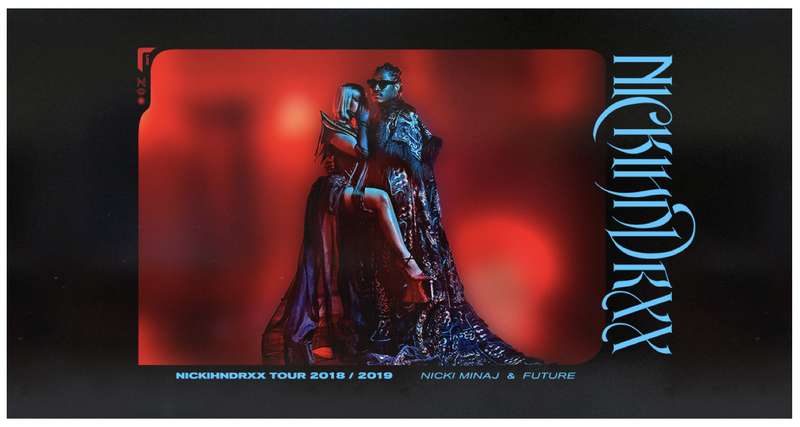 Nicki Minaj and Future announce they’ll be hitting the road together for the first time on their NickiHndrxx tour today. See dates below.

The extensive outing will touch down in 50 cities across North America (produced by Live Nation) and Europe, kicking off September 21 in Baltimore, MD. It will include stops in major markets at iconic venues throughout Toronto, New York, Los Angeles at the "Fabulous" Forum November 20, Munich, Paris, London, and more.

Tickets for the North American dates will go on sale to the general public beginning Friday, June 15th at 10am local time at LiveNation.com. Citi® is the official presale credit card of the NICKIHNDRXX tour. As such, Citi® cardmembers will have access to purchase U.S. presale tickets beginning Tuesday, June 12th at 10am local time until Thursday, June 14th at 10pm local time through Citi’s Private Pass® program. For complete presale details visit www.citiprivatepass.com.

Additionally, Live Nation, Artist Merch, and ZEDGE pre-sales will begin at 10am on Thursday June 14th until 10pm, all times local.

L. A. Glam
House of Givenchy Designs For Beyoncé & Jay-Z On the Run II Tour