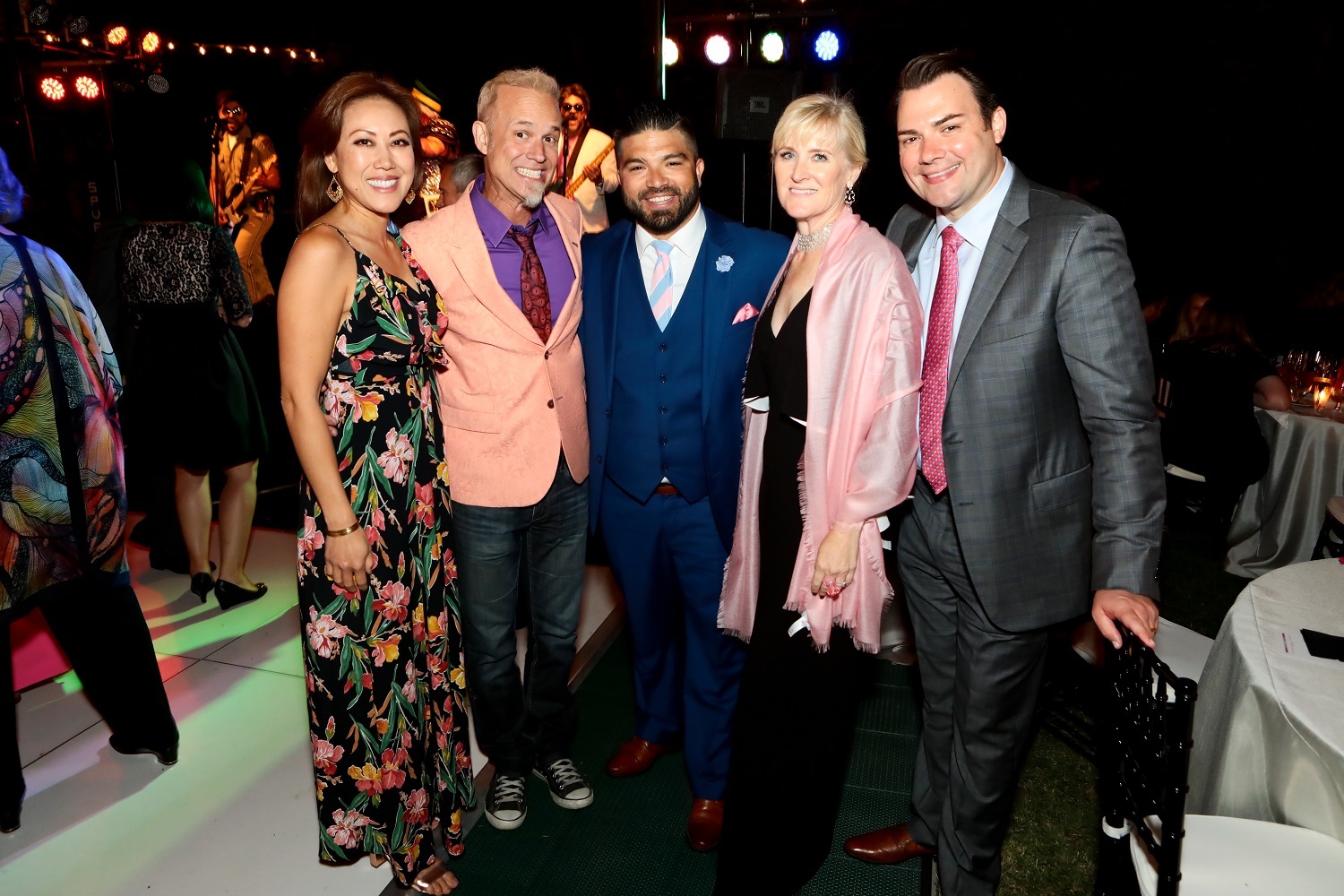 More than 300 guests gathered at the private home of Tom and Mariann Nolan in support of at-risk families and foster youth at Five Acres’ Diamonds & Roses Gala. The event coincided with the nonprofit’s 130th anniversary and featured George Gray of The Price is Right as emcee, Nick Di Nieri as auctioneer and a special 80's-themed after-party performance by Past Action Heroes. Proceeds from the evening will support critical mental and behavioral health programs for families in crisis and foster care/adoption for children in need of permanent families.

In celebration of 130 years of service, Five Acres commissioned a short film from filmmaker brothers Matt and Nathan Fackrell. The video spotlighted Five Acres’ clients and staff, some of whom lived at Five Acres as foster youth themselves and returned to help children like them. The film preceded a final call where thousands of dollars in donations were doubled by a surprise matching gift by an anonymous donor.

The event was made possible by multiple volunteers, underwriters and sponsors, including an anonymous Diamond sponsor; Wells Fargo as Rose sponsor; East West Bank as Tech sponsor; and Rusnak Auto Group, Trader Joe’s and the Straface, Hoeft and Bennett families as Silver Star sponsors. Pasadena Now and Outlook Newspapers served as the night’s exclusive digital and print sponsors, respectively.