Stevie Wonder Invites You To A Celebration Of Life, Love & Music 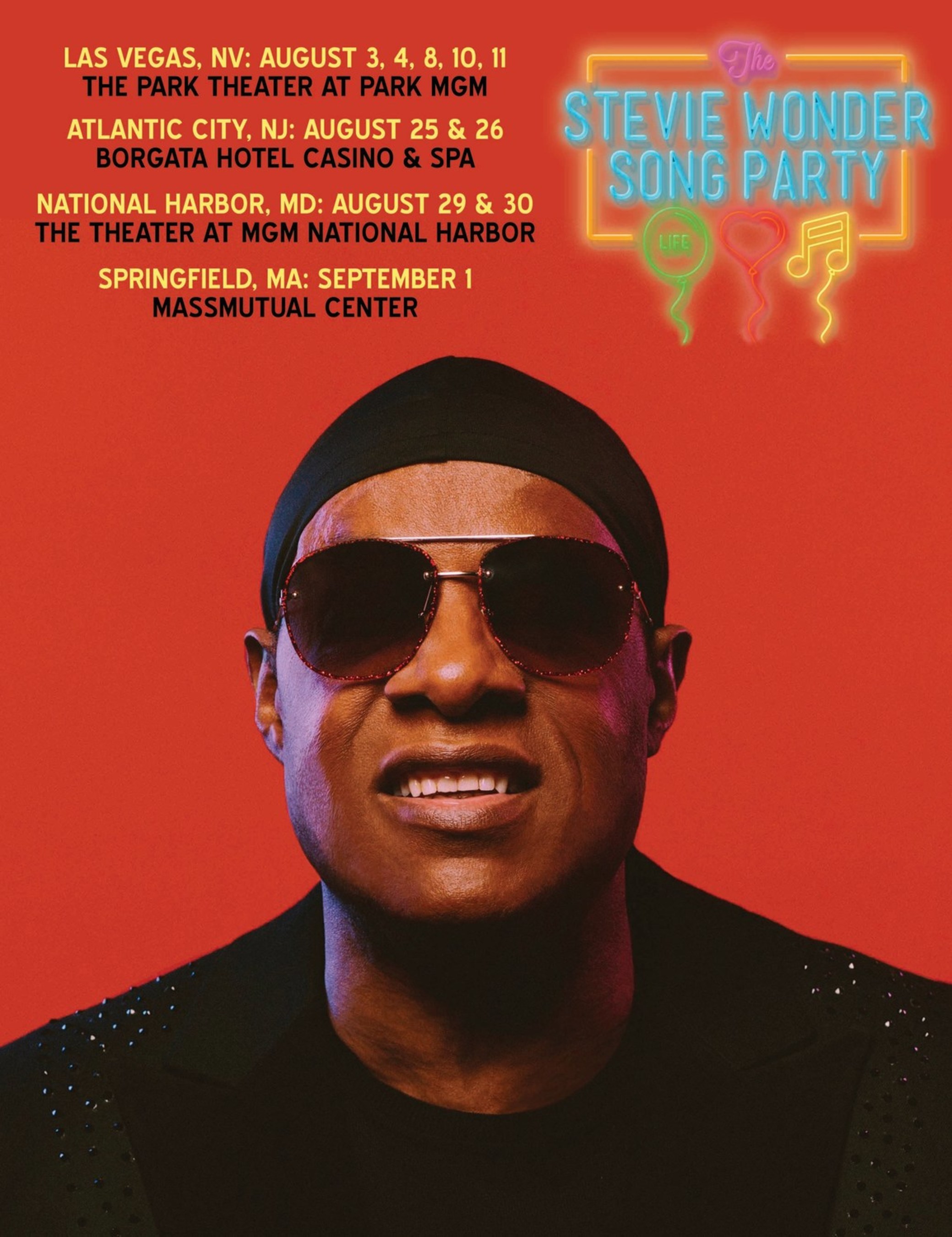 Stevie will bring "The Song Party" to four cities including Las Vegas, Atlantic City, National Harbor and Springfield where fans will enjoy an immersive, participatory experience during this run.

The announcement follows Stevie's epic private event last week in Los Angeles of the same title that was designed to give guests a sneak peek of what is in store for attendees of the concert series.

Stevie Wonder is one of the most celebrated and prominent figures in popular music who, at the age of 12, was the youngest recording artist to have achieved a #1 single with "Fingertips, Part 2."

To date, he has amassed 49 Top Forty singles, 32 #1 singles and worldwide sales of over 100 million units. Stevie has won 25 Grammy Awards, the prestigious Grammy Lifetime Achievement Award, a Golden Globe and an Academy Award.