Catriona Gray from the Philippines was crowned the new Miss Universe in front of a worldwide audience at IMPACT Arena in Bangkok, Thailand. The three-hour special programming event aired live on FOX in the United States. 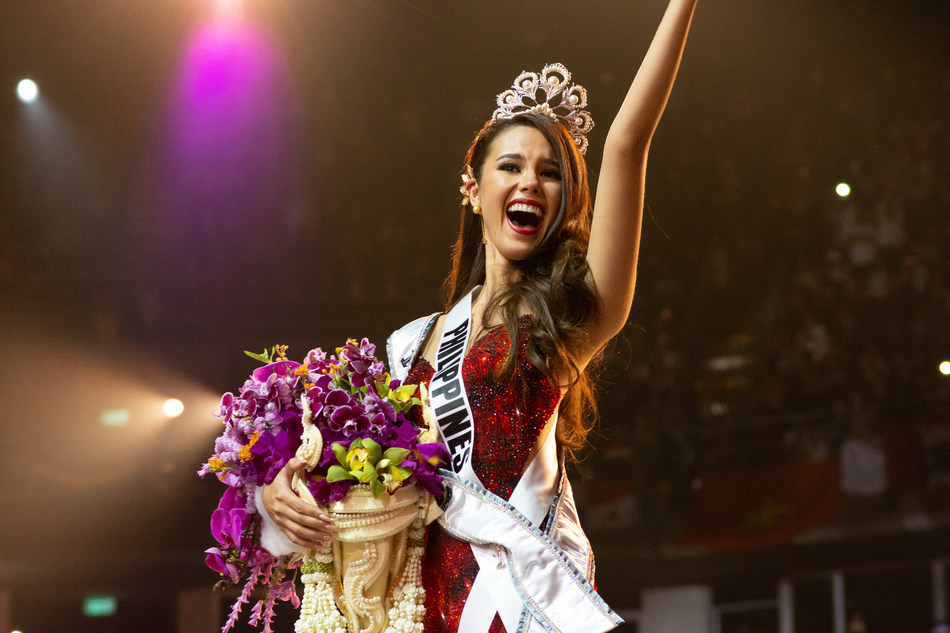 Catriona Gray is passionate about the arts and previously received her Master Certificate in Music Theory from Berklee College of Music. She works closely with Young Focus Philippines, an education based NGO that provides free education and school sponsorships for children in Tondo Manila, one of the poorest neighborhoods within the country's capital city. Additionally, Catriona is an advocate for HIV/AIDS education and prevention after losing a close friend to the virus. She supports Love Yourself Philippines, an organization that offers free testing, education and treatment to those living with HIV/AIDS, and now as Miss Universe, plans to bring more awareness to the epidemic.

Now in its 67th year, MISS UNIVERSE® had a record number of contestants at the competition with women representing 94 countries. The top 20 finalists were selected from three regions of the world: Americas, Europe, Africa-Asia Pacific as well as a wild card group across all areas.  For the first time in the competition's history, the finalists had the opportunity to share a personal statement summarizing what they wanted the world to know about them. Topics ranged from female health care, the environment, ethnic minorities, body positivity, and cultural diversities.

The first-ever all-women selection committee panel was made up of entrepreneurs, business leaders, industry experts, and former Miss Universe titleholders. Miss Universe Spain Angela Ponce made history as the first transgender woman to participate in the pageant sharing a message of inclusion, respect and diversity to the international community.

Miss Universe Laos On-anong Homsombath was honored as the winner of the National Costume Show and shared about her costume, the "Stream of Generosity," a half-human, half-bird spiritual creature in traditional Laos' folklore.