NASA's InSight To Touch Down On Mars After 7-Month Journey

According to NASA, NASA's InSight spacecraft will complete its seven-month journey to Mars. It will have cruised 301,223,981 miles (484,773,006 km) at a top speed of 6,200 mph (10,000 kph). On Nov. 26, NASA's InSight spacecraft will blaze through the Martian atmosphere and attempt to set a lander gently on the surface of the Red Planet in less time than it takes to hard-boil an egg. 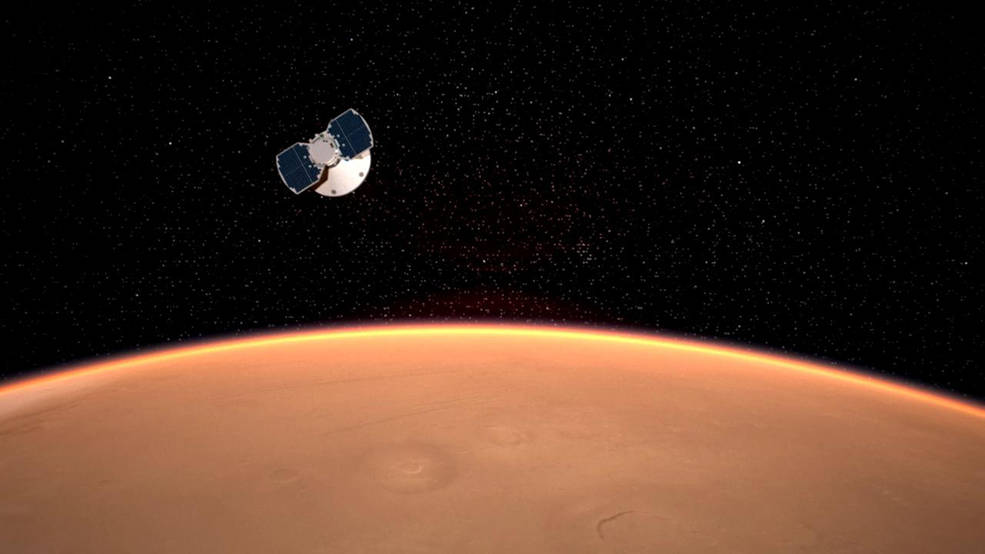 Engineers at NASA's Jet Propulsion Laboratory in Pasadena, California, which leads the mission, are preparing for the spacecraft to enter the Martian atmosphere, descend with a parachute and retrorockets, and touch down tomorrow at around noon PST (3 p.m. EST). InSight — which stands for Interior Exploration using Seismic Investigations, Geodesy and Heat Transport — will be the first mission to study the deep interior of Mars.

"We've studied Mars from orbit and from the surface since 1965, learning about its weather, atmosphere, geology and surface chemistry," said Lori Glaze, acting director of the Planetary Science Division in NASA's Science Mission Directorate. "Now we finally will explore inside Mars and deepen our understanding of our terrestrial neighbor as NASA prepares to send human explorers deeper into the solar system."

"While most of the country was enjoying Thanksgiving with their family and friends, the InSight team was busy making the final preparations for Monday's landing," said Tom Hoffman of JPL, InSight's project manager. "Landing on Mars is difficult and takes a lot of personal sacrifices, such as missing the traditional Thanksgiving, but making InSight successful is well worth the extraordinary effort."

Engineers will be huddled with scientists at JPL on Nov. 26, watching with nervous anticipation for signals that InSight successfully touched down.

"It's taken more than a decade to bring InSight from a concept to a spacecraft approaching Mars — and even longer since I was first inspired to try to undertake this kind of mission," said Bruce Banerdt of JPL, InSight's principal investigator. "But even after landing, we'll need to be patient for the science to begin."

It will take two to three months for InSight's robotic arm to set the mission's instruments on the surface. During that time, engineers will monitor the environment and photograph the terrain in front of the lander.

Back at JPL, the surface operations team will practice setting down the instruments. They'll use a working replica of InSight in an indoor "Mars sandbox,"which will be sculpted to match the mission's actual landing site on Mars. The team will check to make sure the instruments can be deployed safely, even if there are rocks nearby or InSight lands at an angle.

Once the final position of each instrument is decided, it will take several weeks to carefully lift each one and calibrate their measurements. Then the science really gets underway.