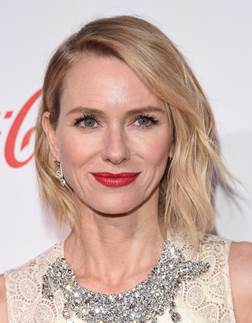 Based on extensive reporting by Gabriel Sherman for his bestselling book, The Loudest Voice in the Room, the series stars Academy Award and Golden Globe winner Russell Crowe (Gladiator, A Beautiful Mind) in the title role. Crowe also serves as an executive producer on the series. Emmy® nominee Kari Skogland (The Handmaid’s Tale) will direct the first two episodes. Production is set to begin next month.

Watts will portray journalist Gretchen Carlson, who rose to prominence over a decade ago at Fox News – from a co-anchor at Fox and Friends to anchoring her own show, The Real Story.

As the first woman to file a sexual harassment suit against Ailes which led to her firing, Carlson was pivotal in changing the conversation in the U.S. before the #MeToo movement and in bringing down the previously untouchable media titan.