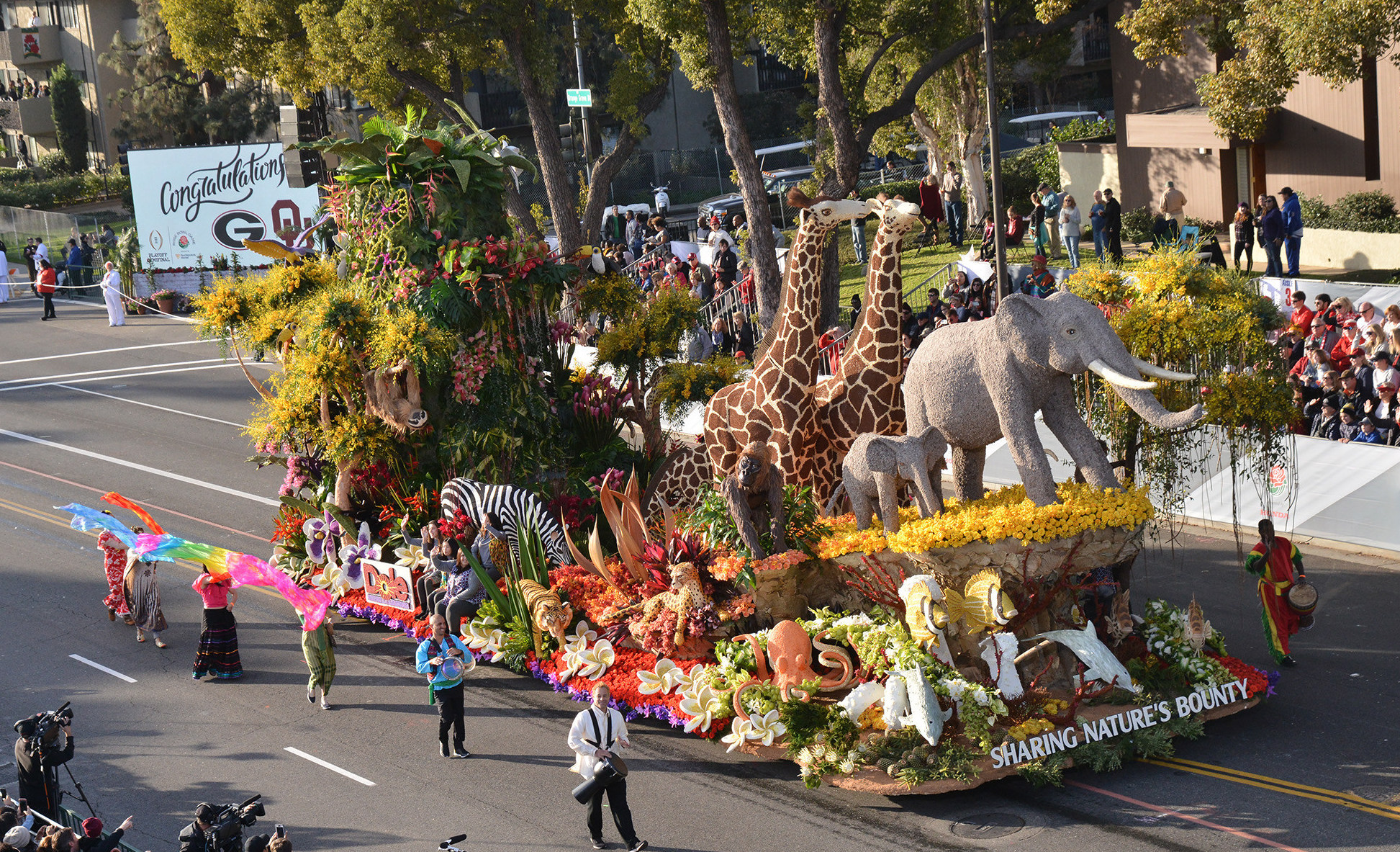 For those who woke up early on New Year's Day... many watched the beautiful floral floats make their way down Pasadena, California's main streets during the 2018 Tournament of Roses Parade!

Inspired by the "circle of life," Sharing Nature's Bounty features large animals from various ecosystems, a 16-foot tall waterfall flowing with over 2,000 gallons of recycled water and flowery detail made of more than 60,000 individual flowers. The float also serves to celebrate Dole's long-standing passion for environmental protection and sustainability in areas where the company grows and packages its products.

"The parade theme gave us the privilege to emphasize the importance of giving back, to enrich people's lives and be a source of hope and inspiration for all communities," said David Spare, Vice President of Marketing, Dole Packaged Foods.

The 24 floats awarded official honors in the 129th Rose Parade presented by Honda.

These awards recognize excellence in a variety of categories and specifications.

This year’s judges – María Eugenia Carrion, Bradley Kaye, and James Sutton-- reviewed each float during judging sessions that take place during the decorating stages before the parade. The judges used their scores from the judging sessions to determine the trophy recipients. Banners for each award-winning float will be carried in the parade by select members of the Tournament of Roses Troop, which includes Gold Award Girl Scouts and Eagle Scouts.