Founders Entertainment announced the sale of single day tickets in conjunction with the unveiling of the by day lineup for the 2018 Governors Ball Music Festival. 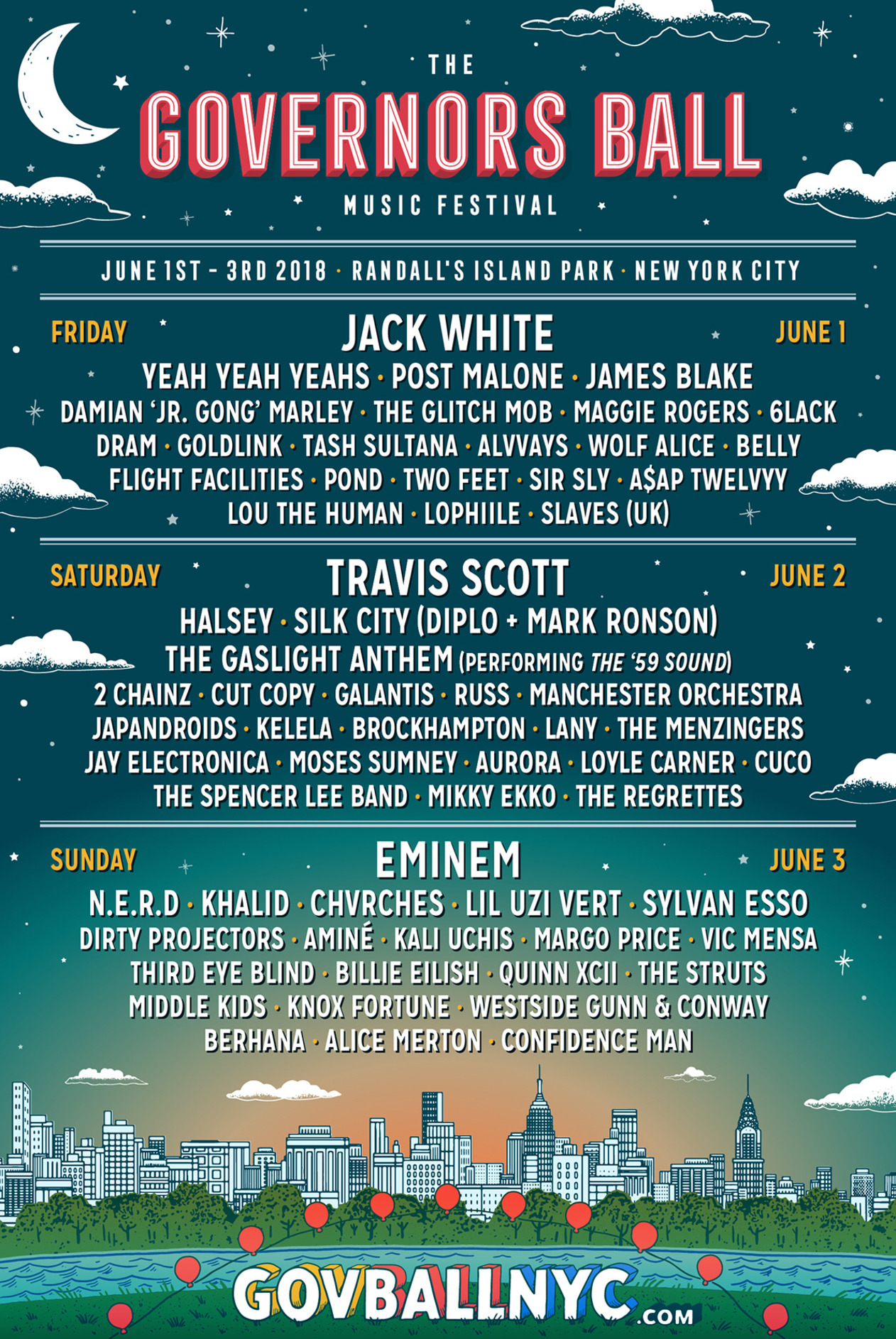 Featuring performances from Eminem (his first headline show in NYC since 2010), Jack White, Travis Scott, Yeah Yeah Yeahs, Halsey, N.E.R.D. (their first NYC show since 2010), a newly announced set from James Blake, Chvrches, the worldwide debut of Silk City (a new project from Diplo and Mark Ronson), and a reunited The Gaslight Anthem performing their breakout album The ‘59 Sound, Governors Ball 2018 boasts a lineup of 65+ artists performing over the course of the weekend.

The 2018 festival will feature a signature lineup of the best food NYC has to offer, craft beer and cocktail options, and the lawn games, mini golf (two unique 18 hole courses), street art, After Dark concert series, and the “only in New York” experiences “Gov Ball” has become known and loved for. The festival will also add new 21+ areas, building upon last year’s introduction of the popular “Best Kept Secret” 21+ oasis.

In addition to being accessible by MTA bus, bike, cab, and ferry service from Mid-Town Manhattan to and from the festival grounds, the festival is accessible to pedestrians via the RFK Bridge, the 103rd street footbridge, and Bronx Randall’s Island Connector.