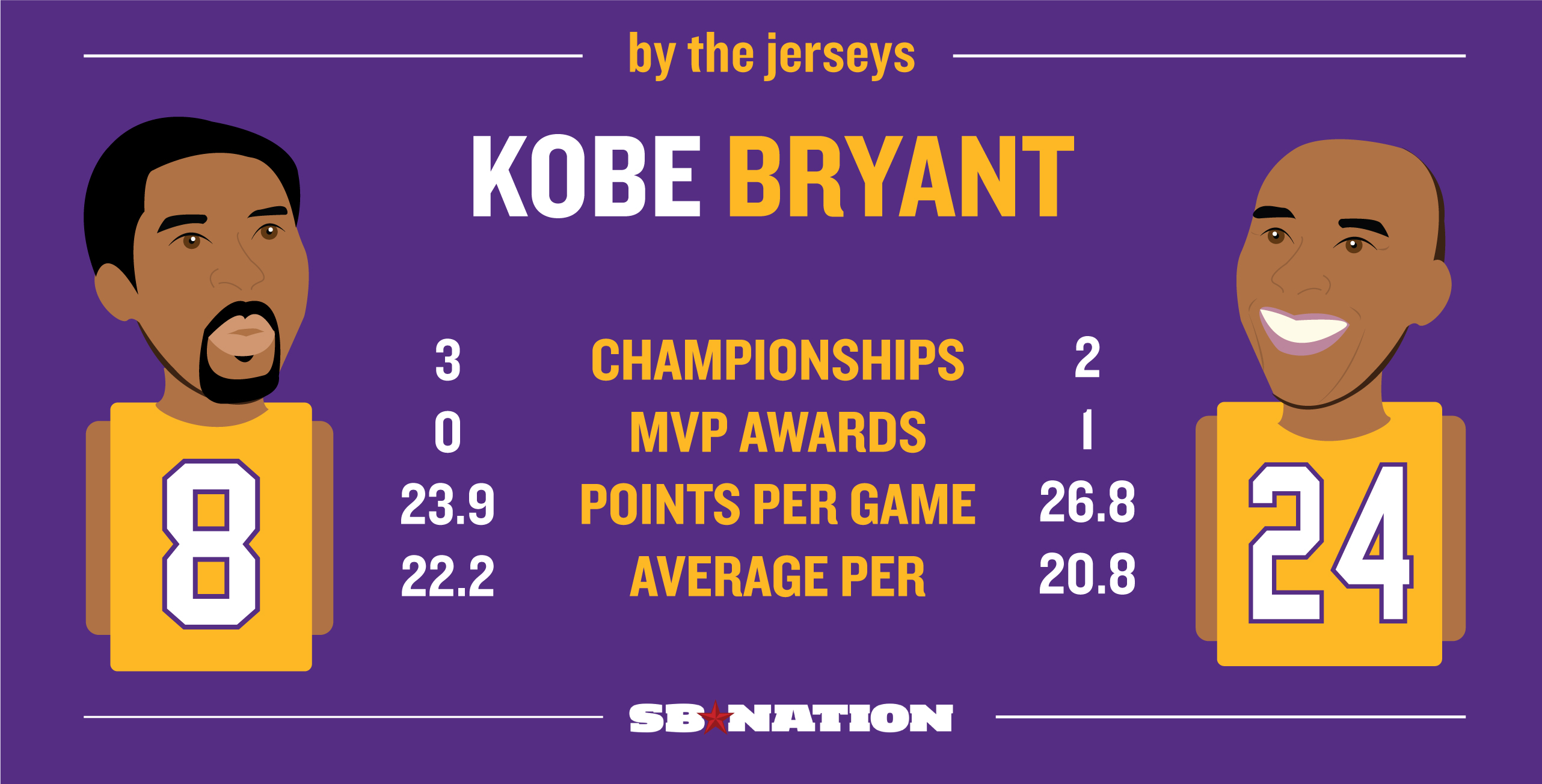 The Los Angeles Lakers will retire Kobe Bryant’s jersey numbers 8 and 24 in a halftime ceremony to be held on December 18th when the Lakers host the Golden State Warriors at the STAPLES Center, it was announced today. “As a kid growing up in Italy, I always dreamed of my jersey hanging in the Lakers rafters, but I certainly never imagined two of them,” said Bryant. “The Lakers have bestowed a huge honor on me and I’m grateful for the fans’ enthusiasm around this game.”

“Kobe’s jerseys are taking their rightful home next to the greatest Lakers of all time,” said Lakers CEO and Controlling Owner Jeanie Buss. “There was never any doubt this day would come, the only question was when. Once again, Lakers fans will celebrate our hero, and once again, our foes will envy the legendary Kobe Bryant.”

“This honor is very well deserved,” said Lakers President of Basketball Operations Earvin “Magic” Johnson. “Kobe was one of the greatest Lakers and NBA players of all-time and he’s definitely on my Mount Rushmore. I look forward to seeing “both” of his jerseys retired and celebrating this special day with Kobe and his family.”

“Kobe’s impact on this franchise is immeasurable,” said General Manager Rob Pelinka. “Kobe carried the torch for the Lakers for 20 seasons, keeping the franchise at the forefront of the NBA following the ‘Showtime’ Era. Beyond the championship banners and individual accolades, Kobe’s ‘Mamba Mentality’ is something the Lakers will always try to emulate. It alone daily inspires all of us to strive for greatness. Kobe’s loyalty and dedication to his craft make him one of the most iconic superstars in sports history. The full impact he has on this game and on future generations will not be fully recognized for a long, long time.”