Welcome to the world baby mandrills! 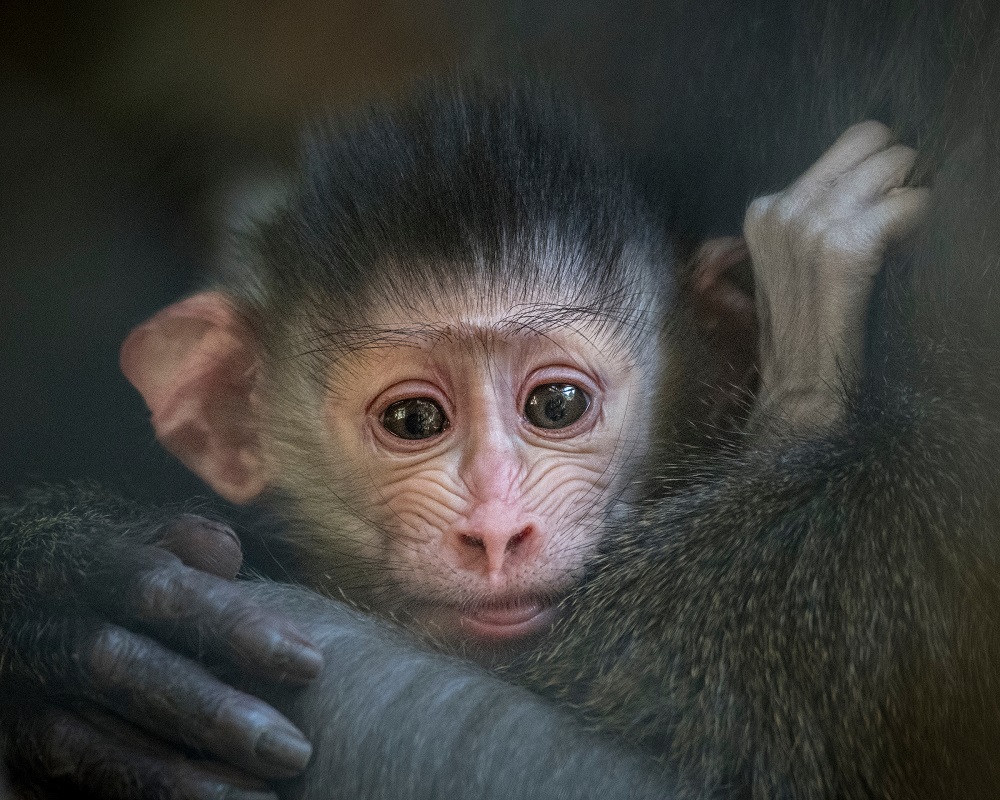 The Los Angeles Zoo welcomed two mandrill babies to the troop, the largest of the monkey species and one of the most colorful.

The female baby was born on August 3, 2017 to five-year-old mother, Juliette. The male baby was born on August 17, 2017 to four-year-old mother, Clementine. The first-time mothers came to the L.A. Zoo from Parc Zoologique de La Palmyr in France in April 2016 to be paired with the first-time father, six-year-old Jabari, as part of a Species Survival Program (SSP) to strengthen the gene pool of this vulnerable species.

“This is a very new breeding group of mandrills that has only been together for about a year, so we’re incredibly happy with how well things are going so far,” said L’Oreal Dunn, animal keeper at the Los Angeles Zoo. “This species comes from a small area in Africa that isn’t accessible to most people, so it’s very special that our guests can now observe babies here for the first time in over 40 years.” 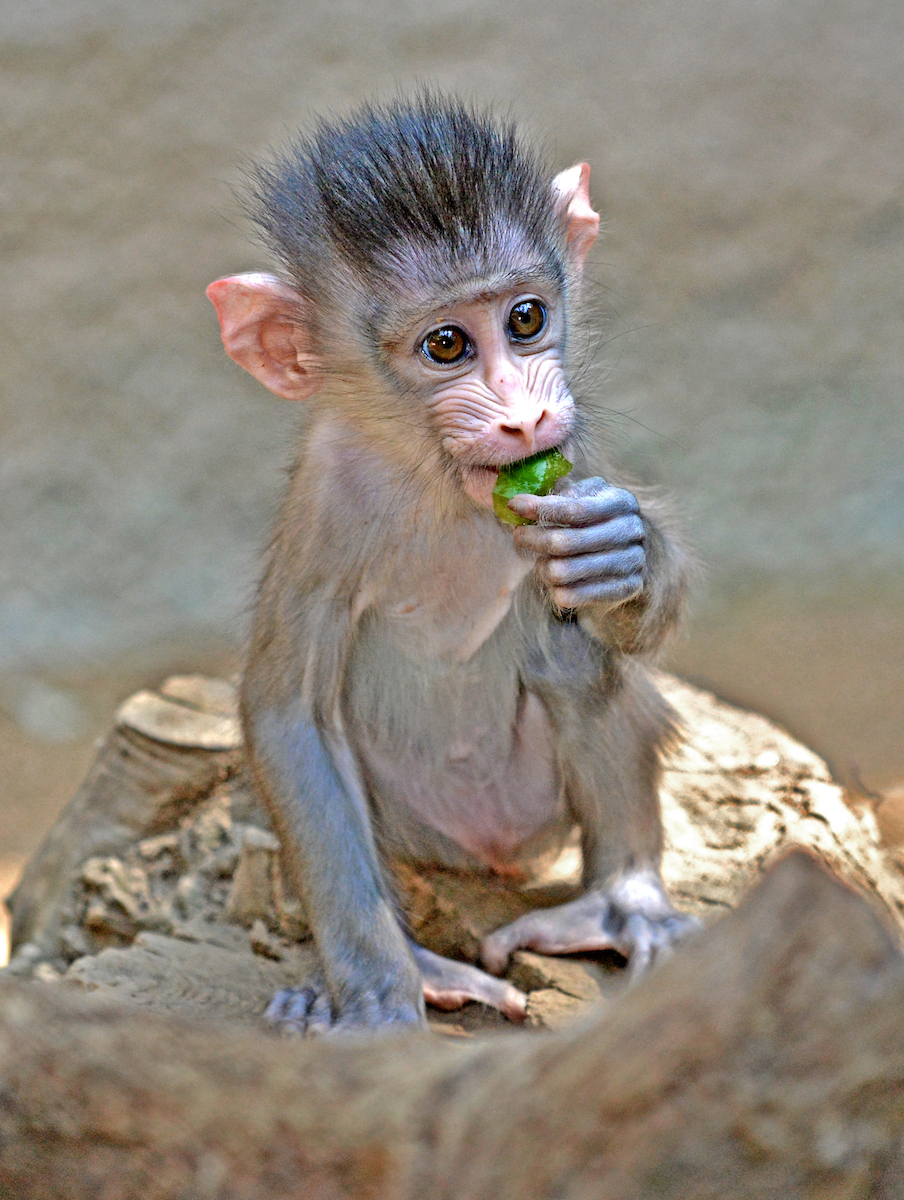 The half siblings can be seen clinging tightly to their mothers, playing together, and testing their boundaries. They are learning to navigate their new habitat, a rainforest-like environment that supplies the group with plenty of trees, logs, and plant life to explore during the day and aerial lofts and ledges where they sleep at night. The babies were born without the signature red and blue stripes on their faces that people often associate with the unique looking primate. Their father, being the dominant male in the group, has the vibrant coloring on his elongated muzzle. The red and blue striped skin on a mandrill’s face is a sign to females that a male is ready to mate. While female mandrills can have colorful hues on their face as well, the markings tend to be paler in comparison.

Mandrills may look like baboons, but DNA studies have shown that they are more closely related to mangabeys. They have shaggy, brown hair and short, stubby tails and are easily identifiable by the blue and red skin on their faces and their brightly-hued rumps. These monkeys have extremely long canine teeth that can be used for self-defense, though baring them is typically a friendly gesture among mandrills. Mandrills in the wild live in the remaining rainforests of western Africa in Cameroon, Gabon, and southwestern Congo. Populations are under threat and declining due to habitat loss and fragmentation caused by the spread of agriculture and human settlement. They are often hunted as bushmeat as many Africans consider them to be a delicacy. 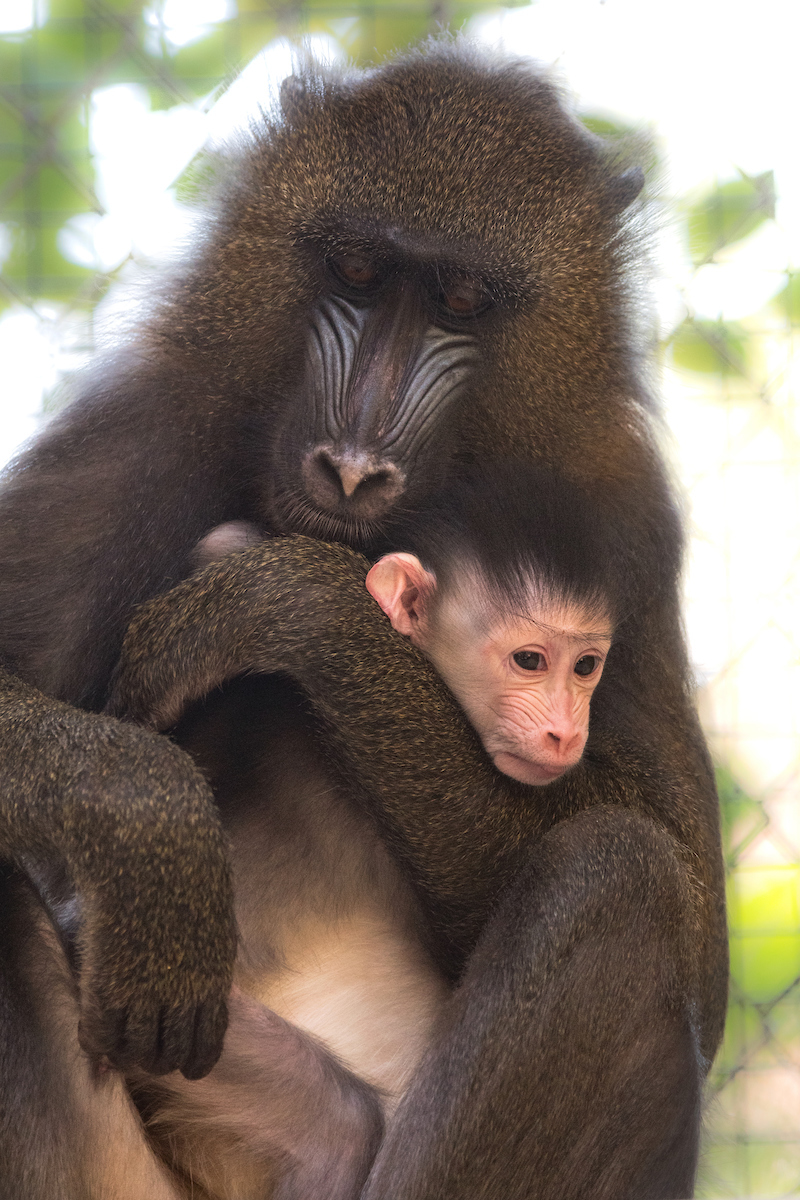 Guests can now view the two babies along with their mothers, Clementine and Juliette, their father Jabari, and elder female Vroni, in their habitat daily, weather permitting.