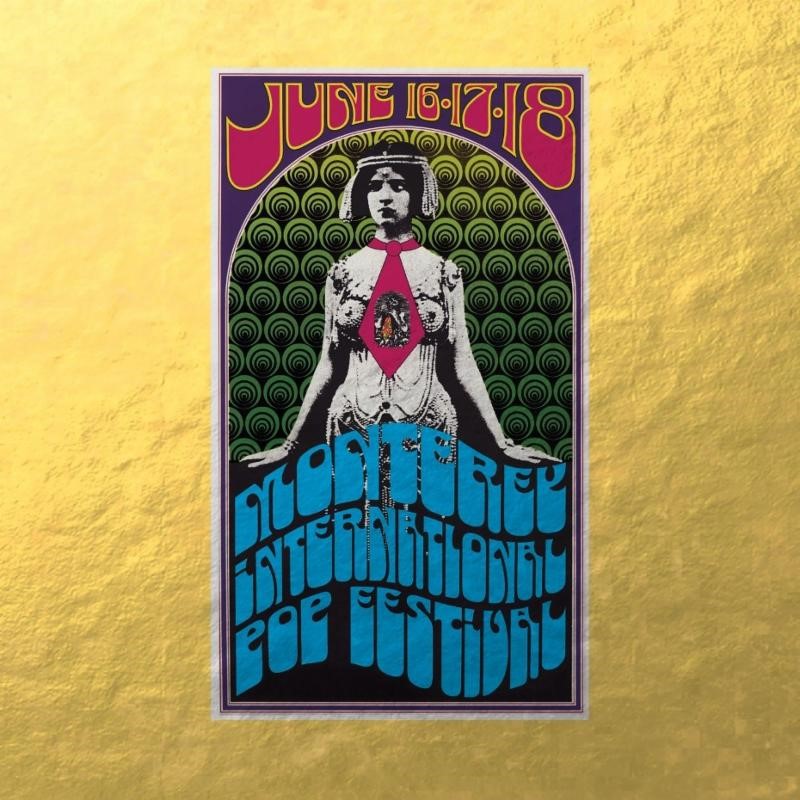 The album will feature previously unreleased performances by The Grateful Dead and Laura Nyro, as well as iconic performances from the festival by Jimi Hendrix, Otis Redding, Big Brother & The Holding Company featuring Janis Joplin, The Who, Jefferson Airplane, Simon & Garfunkel, Buffalo Springfield, The Electric Flag, The Mamas & The Papas, and others.

The album also includes a new essay by NME journalist Keith Altham, who attended the festival in 1967, in addition to a reproduction of the original festival Artist pass, 16-page booklet, and a gold-foil package to mark the 50th anniversary of the festival.

Janus Films will re-release the newly restored film, "Monterey Pop," directed by D.A. Pennebaker on June 14 in New York City, and on June 16 in Los Angeles and across the country.

Another Planet Entertainment, Goldenvoice, and The Monterey International Pop Festival Foundation will be presenting a 50th anniversary celebration festival from June 16 - 18 at the Monterey County Fairgrounds - the exact date and location it once took place 50 years ago.

3-Day GA and VIP Tickets on Sale Friday, April 21 at 10am PT at https://montereypopfestival50.com/