The Metropolitan Museum of Art's famous MET Gala and The Costume Institute’s spring 2017 exhibition will be themed after Rei Kawakubo/Comme des Garçons. 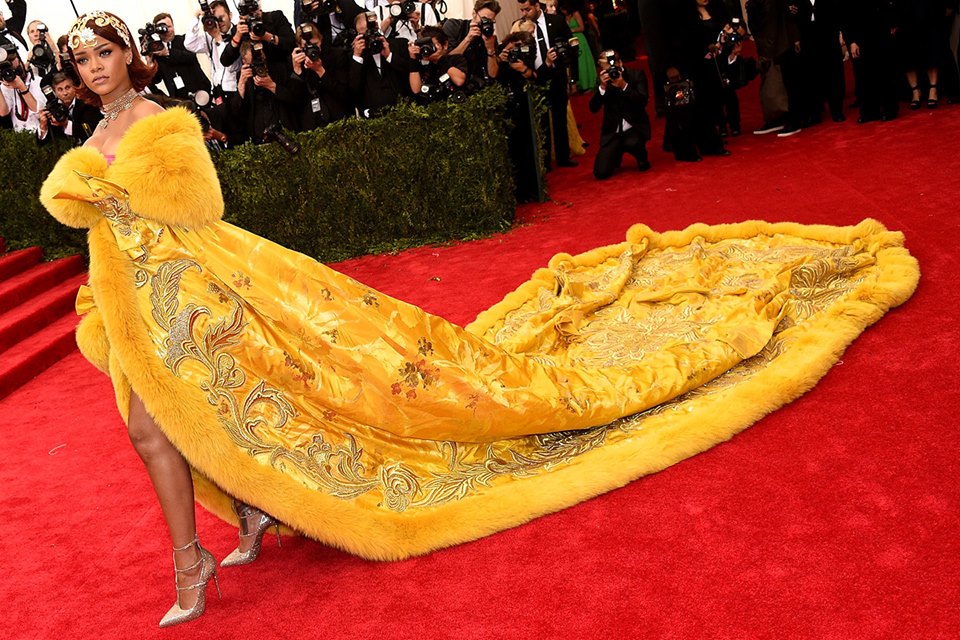 The exhibit will be on view from May 4 through September 4, 2017 (preceded on May 1 by The Costume Institute Benefit).

Presented in the Museum’s Iris and B. Gerald Cantor Exhibition Hall on the second floor, the exhibition will examine Kawakubo’s fascination with interstitiality, or the space between boundaries. Existing within and between entities—self/other, object/subject, fashion/anti-fashion—Kawakubo’s work challenges conventional notions of beauty, good taste, and, ultimately, fashionability. Not a traditional retrospective, the thematic exhibition will be The Costume Institute’s first monographic show on a living designer since the Yves Saint Laurent exhibition in 1983.

“In blurring the art/fashion divide, Kawakubo asks us to think differently about clothing,” said Thomas P. Campbell, Director and CEO of The Met. “Curator Andrew Bolton will explore work that often looks like sculpture in an exhibition that will challenge our ideas about fashion’s role in contemporary culture.”

In celebration of the opening, The Met's Costume Institute Benefit, also known as The Met Gala, will take place on Monday, May 1, 2017. The evening’s co-chairs will be Katy Perry, Pharrell Williams, and Anna Wintour. Rei Kawakubo will serve as Honorary Chair. The event is The Costume Institute’s main source of annual funding for exhibitions, publications, acquisitions, and capital improvements.

“Rei Kawakubo is one of the most important and influential designers of the past 40 years,” said Andrew Bolton, Curator in Charge of The Costume Institute. “By inviting us to rethink fashion as a site of constant creation, recreation, and hybridity, she has defined the aesthetics of our time.”

Rei Kawakubo said, “I have always pursued a new way of thinking about design...by denying established values, conventions, and what is generally accepted as the norm. And the modes of expression that have always been most important to me are fusion...imbalance... unfinished... elimination...and absence of intent.”

The exhibition will feature approximately 120 examples of Kawakubo’s womenswear designs for Comme des Garçons, dating from her first Paris runway show in 1981 to her most recent collection. Organized thematically rather than chronologically, the examples will examine Kawakubo’s revolutionary experiments in interstitiality or “in-betweenness”—the space between boundaries. By situating her designs within and between dualities such as East/West, male/female, and past/present, Kawakubo not only challenges the rigidity and artificiality of such binaries, but also resolves and dissolves them. To reflect this, mannequins will be arranged at eye level with no physical barriers, thereby dissolving the usual distance between objects on display and museum visitors.