Learn All About Penguin Species On World Penguin Day

It turns out that New Zealand has more penguin species than anywhere in the world. 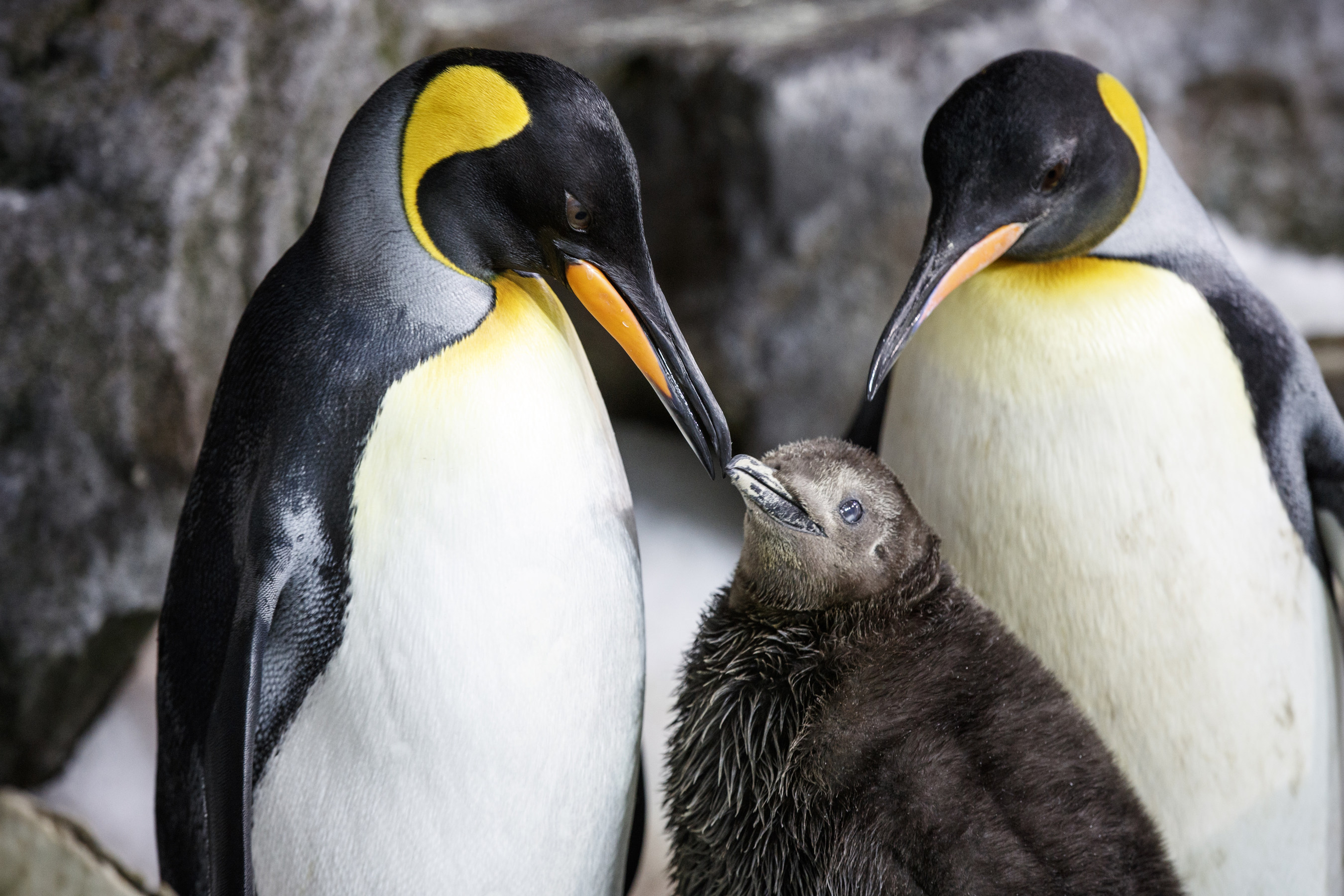 Welcome to 'the penguin kingdom' where, with their cartoon good looks, cute antics, cool disposition and celebrated 'happy feet', there's plenty to celebrate.

At Auckland's Kelly Tarlton's Sea Life Aquarium, a same sex pair of king penguins will celebrate World Penguin Day with their surrogate foster chick. Dubbed Thelma and Louise, the mothers' doting love for their joyful bundle testifies to the character of these majestic birds and the strong family bond which is important to penguins. The 24-year old mothers share their home with fellow king and Gentoo penguins in Kelly Tarlton's Antarctic penguin enclosure.

For the record, penguins are a group of aquatic, flightless birds. They live almost exclusively in the southern hemisphere, with just one species (the Galapagos) found north of the equator. So, if you want to see penguins, New Zealand's pretty much your best bet.

The little blue penguin is exactly as it name suggests, little. The smallest penguin species at 35cm (13 inches) the korora weighs around 1kg (2 pounds) and is common in New Zealand coastal waters. The Blue Penguin colony in Oamaru, on the South Island's east coast, is an ideal spot to watch these little guys making their nightly pilgrimage from the sea, over the rocks, through their underpass tunnel and into their nests.

The Fiordland crested penguin stands out from the crowd with its super cool yellow hairstyle. Only found in New Zealand, these penguins frequent southern coastal waters and can be seen around the Catlins (on the Otago / Southland coast), Stewart Island and in Fiordland. Cruise Milford or Doubtful Sound with Real Journeys and you may spot one on the rocks.

Unique to New Zealand, the yellow-eyed (hoiho) penguin is one of the world's rarest penguin species. This species relies on both marine and land environments to survive. On New Zealand's South Island, around the Otago Peninsula and North Otago, a huge amount of work has gone into providing nesting sites and shelter to help breeding. Penguin Place has special hideaways where humans can have a close-up on penguin life.

FYI
It's Tax Day! What Business Are Offering Deals & Freebies?