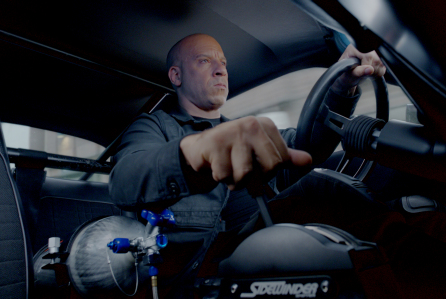 “Fast & Furious,” one of the most popular and enduring motion-picture franchises of all time, will receive the Generation Award at the “2017 MTV Movie & TV Awards,” marking the first time that a film franchise will be honored instead of an individual actor.

Star and producer Vin Diesel will accept the award on behalf of the groundbreaking franchise, alongside his “Fast & Furious” franchise co-stars Michelle Rodriguez, Tyrese Gibson and Jordana Brewster.

Hosted by comedian Adam Devine, the telecast will air LIVE on Sunday, May 7, at 8:00 p.m. ET/PT from the Shrine Auditorium in Los Angeles.

J Balvin and Pitbull will take to the “MTV Movie & TV Awards” stage with Camila Cabello to perform their steamy hit single, “Hey Ma,” which is featured in “The Fate of the Furious,” the film that just had the biggest global opening in history.

This marks the first televised performance of the track since its release in March.