Beauty Is In the Hands of Dr. Jason B. Diamond 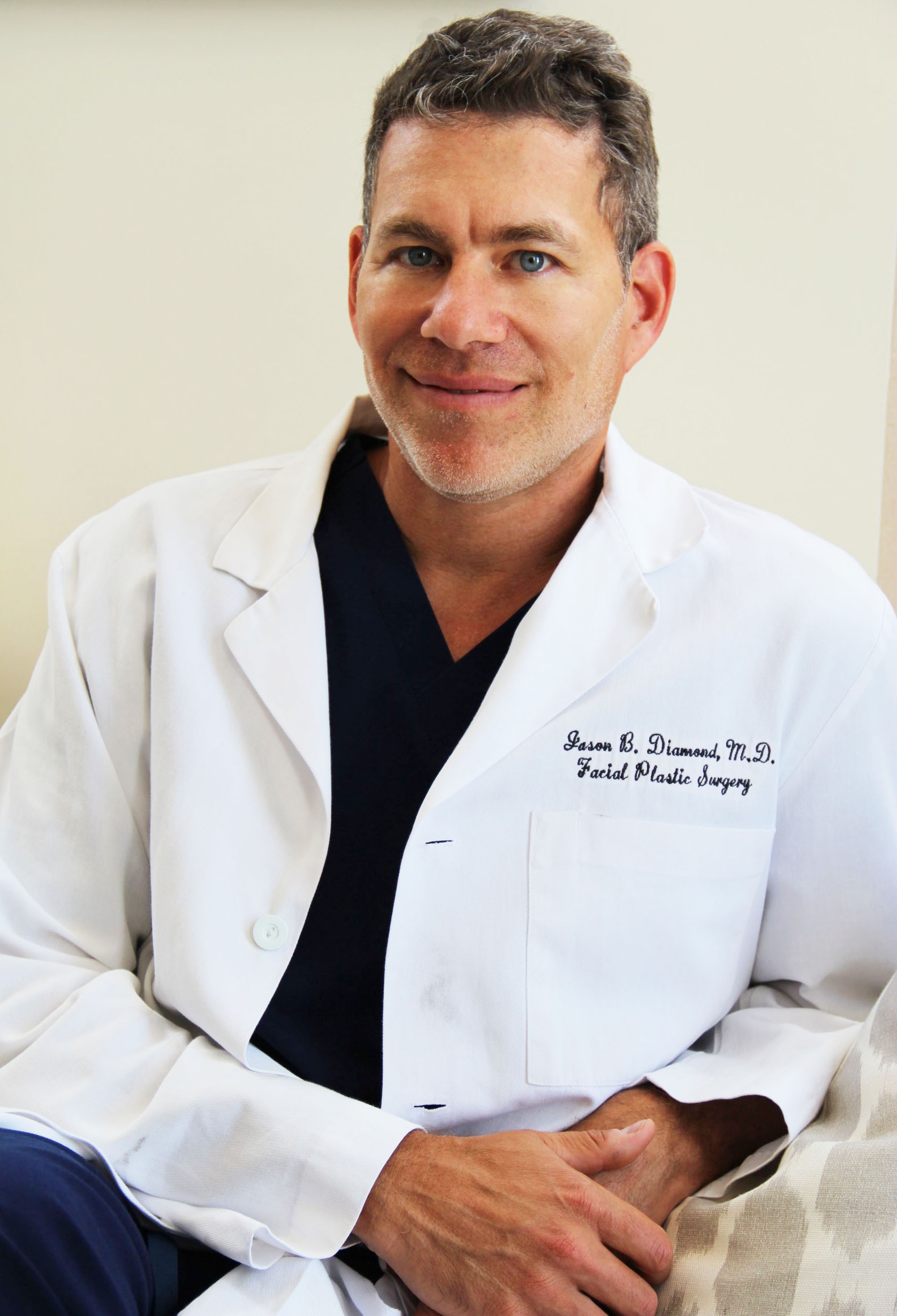 I have to admit that I have always been fascinated by plastic surgery. Living in Los Angeles, we have some of the greatest doctors who can correct, repair and even make you look 20 years younger. Let’s face it, if you can afford it, you should do it. We were not all born like Angelina Jolie, but we can certainly come close to matching her facial features if we ask Dr. Jason B. Diamond, MD, FACS, to work his magic. There is no shame in wanting to look your best. From the nose to a facelift and injections, Dr. Diamond is your man. Contrary to what you may have heard, beauty is not always in the eye of the beholder, but more than likely, in the hands of your plastic surgeon.

Dr. Diamond brings his artistry and expertise to the practice of facial, plastic and reconstructive surgery.

He is a facelift specialist concentrating exclusively on the face. For two years, Dr. Diamond traveled the globe, learning from the most renowned plastic surgeons in the world; often from the very individuals who developed specific facial procedures. He created the famous “Diamond Facial Sculpting,” a non-invasive procedure with no down time, which works like a charm.

For Dr. Diamond, defining neck and jaw lines are two important areas of the face which make a difference.

I have been contemplating having a facelift for a while and after thoroughly researching plastic surgeons, I am sold on Dr. Diamond. After all, he is said to be one of the best in the world. And I am ready for the best. I met with him in his Beverly Hills’ office to learn more about his facelifts and Diamond Facial Sculpting.

What is the new trend at Dr. Jason Diamonds’ office?

I’m doing tons of facial sculpting, which is this technique I created where I build up bone with filler. I go down to the bone to lift and contour; that’s really popular. I trademarked the name: “Diamond Facial Sculpting.” It’s like putting in cheek implants, jaw implants and chin implants all in five minutes. And it’s different than the usual filler technique that everybody uses. I’m down on the bone, and the reason I do it is because I make implants all day long. I just got done making an implant. 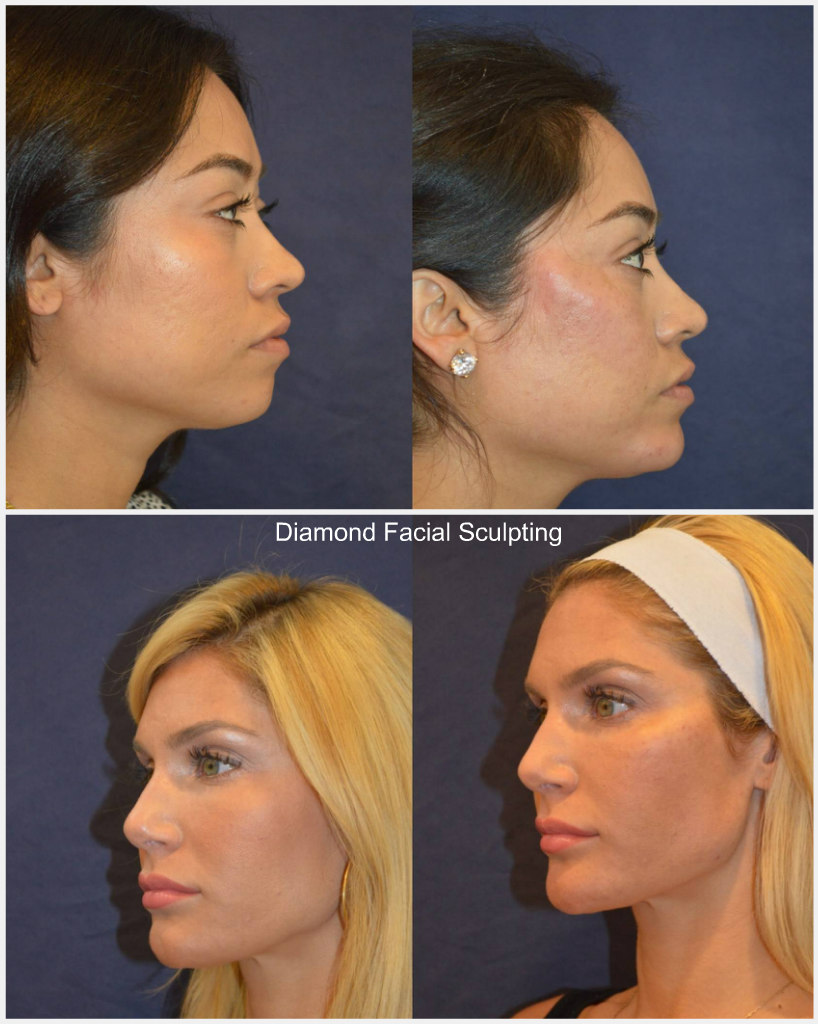 How did you come up with the technique?

I came about the technique; Number One: based on all of the people I hang out with. There are all these celebrities with the best looking faces in the world. They all have that cheek that comes out and the mid-face that goes in, and then the jaw that comes out. Over the years, while traveling with them and seeing them in the morning without makeup on; I was privileged to observe what these people really look like. In doing all of the implant surgery that I do, I just figured out that I could recreate that look with this in-office technique because I work with the bone all of the time. I figured it out from doing all of the facial implants that I do. I’m one of the only people who customize facial implants. I started doing it about 10 years ago, but really honed the technique over the past four years to what it is now.

Are people finding out via word-of-mouth?

Absolutely, it’s all word of mouth.

Is the procedure considered a lift?

Who are the kinds of people who get sculpting done?

How do you do it?

With injections, it’s an injection technique.

A tiny little bit. No more than Botox.

So the facial sculpting is just the jaw? How long does it last?

Yes. It lasts a year.

Is there a celebrity who was an inspiration for that procedure?

My best friend Eric Dane. Eric’s jawline is a good example.  Also, Claire Forlani and Rebecca Gayheart. Claire Forlani’s a good friend with the same kind of thing. They all have the same exact look. Kate Beckinsale. All of these beautiful people – men and women - have the same strong bony contours on the lateral aspects of their face — not the center, but laterally.

Is it symmetry as well?

Here’s what I say about it: The way I’ve described it is that they have a high bone, to low soft tissue ratio. The soft tissue is the skin and the muscle and the fat. It’s all moveable stuff. The bone is the other. They have a lot of bone in relation to the amount of soft tissue that they have. They all have these contoured, chiseled faces. When you reduce that ratio, either you have less strong bone, or you have thicker tissue. Then you get into the faces that don’t have any shape, especially when that ratio is reversed. So strong bones, thin skin, not a lot of soft tissue, not a lot of fat. Fat in good places, but not a lot of excess fat. 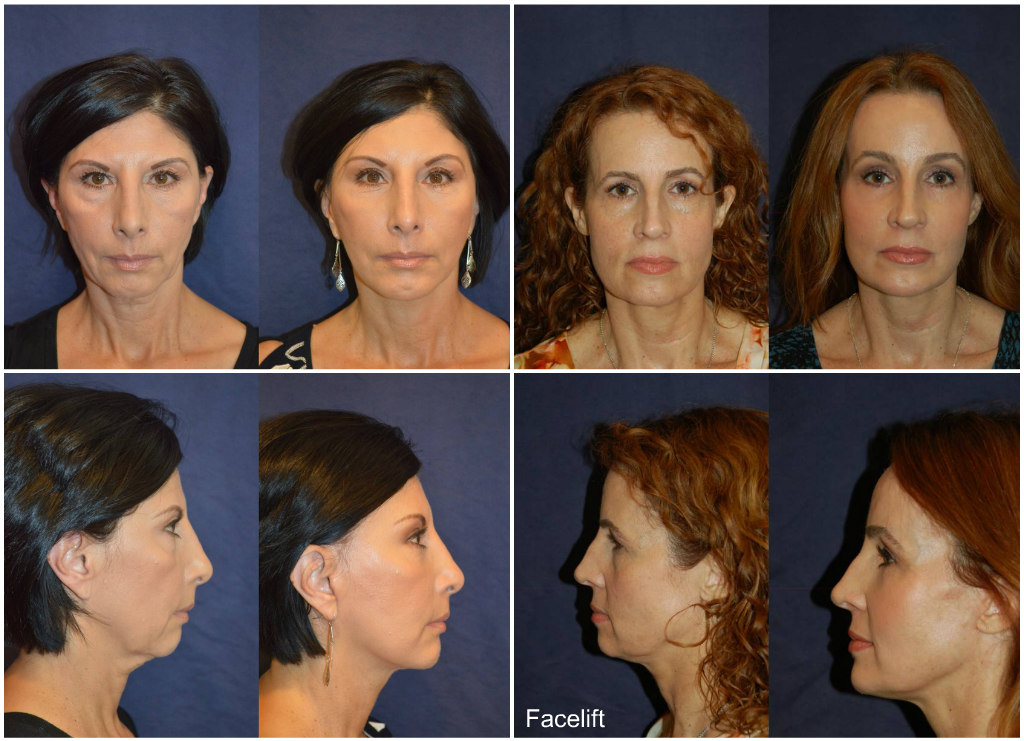 Do you mostly do facial sculpting, or is it the facelift?

How old are the women who do facelifts now? Has the industry changed?

That wasn’t the case 20 years ago?

What does a facelift cost?

The price range is variable. It depends, really, on how complex the procedure is going to be. If the person is a 40-year-old, just a little tiny thing that’s going to take three and a half hours, it’s probably about $30,000. If it’s someone older who’s going to need more, requiring eight or nine hours of surgery, it could be up to a $100,000.

What is the recovery time on a facelift?

There’s not much pain associated with the surgery. It’s very, very mild as far as the pain goes. We don’t want you lying in bed. We want you up and out of bed the next day. But you’re going to be hanging around the house not doing too much for about a week. Once a week is up, you can drive yourself in, have the stitches removed, and then start doing things. You’ll really like what you see in about seven days. But depending on how fast or slow somebody heals; they can look amazing by 10 days. And it might take somebody three to four weeks before they really feel like they can be in front of clients or something like that. The slower healers who take more along the lines of three or four weeks, which is not usual; it’s normally due to bruising. If somebody’s a bruiser, bruises can stick around for a while. It just depends.

If somebody does implants, how long will the recovery be?

Downtime is usually about a week. For the implant, you might not see your final results for three to six months as swelling slowly goes down. But it’ll look really good in about a week.

You have a show on Netflix. Are you filming at the moment?

We haven’t started the second season yet. The Netflix show is on the Americanized Netflix, which also goes to Brazil and Canada. But it doesn’t go worldwide, so they’re going to expand it to the worldwide market soon where it’s going to go everywhere. 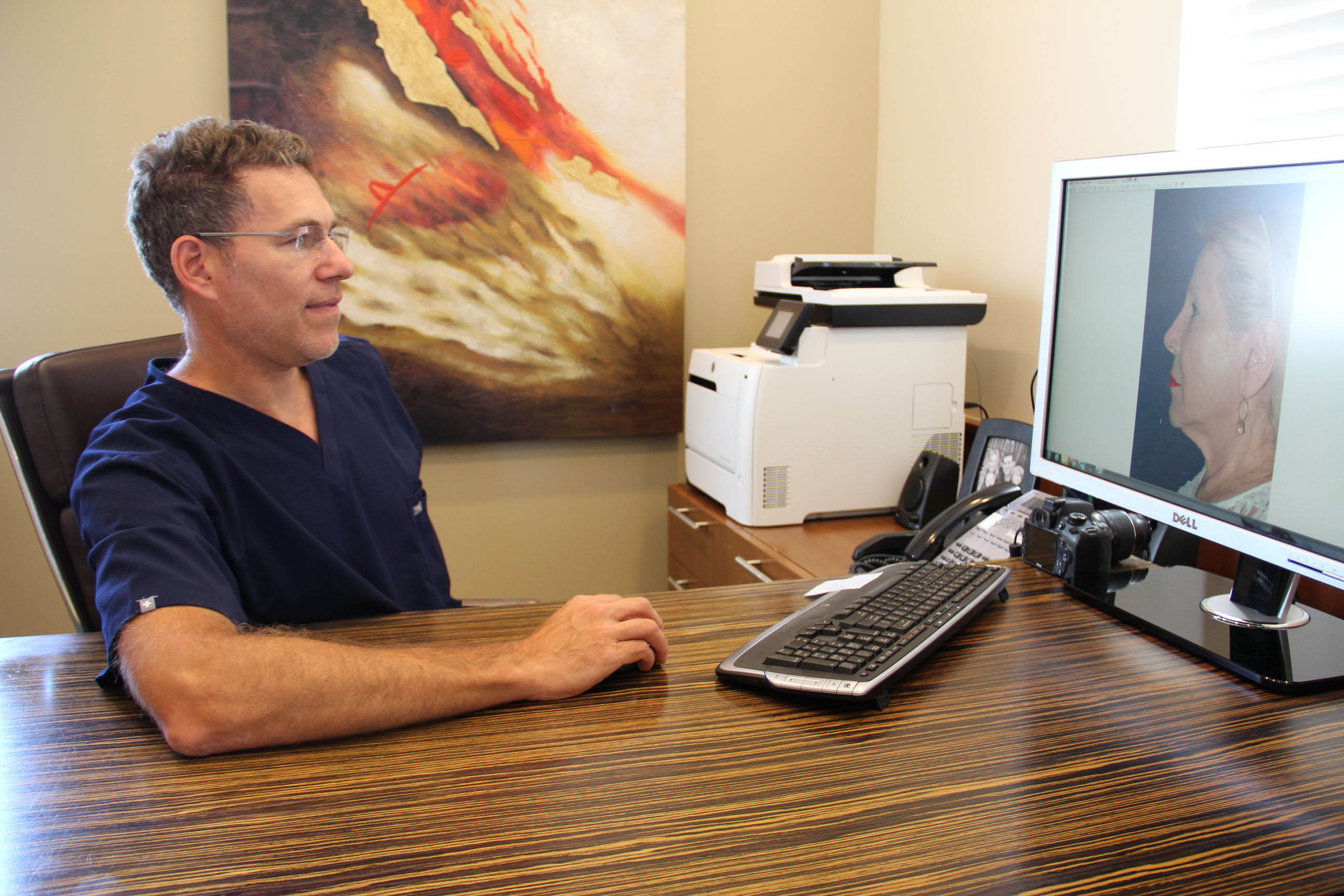 Dr. Diamond in a pre-facelift consultation

When you were in medical school, was there something about facial and plastic surgery that intrigued you?

Yes. I thought about doing general plastic surgery and doing breasts and all that stuff, but I knew that – and to this day I think most people recognize that doing the face is different. It’s much more delicate, much more attention-to-detail. It’s just much more finesse work than doing body work – tummy tucks and breast augmentation. Those things have to be done right too, but that to me was the easy thing. I feel the face requires more artistry and more real talent and skill.

Would you like plastic surgery to be more accepted in the mainstream?

I think plastic surgery is accepted by the mainstream now. I think that the TV shows, such as Dr. 90210, kind of brought it into everybody’s house. It’s just still taboo for people to say they’ve had it done. The reality is if you told somebody you had your nose done, they’re going to be like, “Oh, that’s cool.” But for you to get over that hurdle to – it’s like with all these celebrities, they don’t want to mention it because they think it might hurt their marketability. They think it might hurt their career if people know you don’t really look like that. You had help and I understand it from a celebrities’ point of view.

What is it that you would like to see happen for yourself? Where do you see yourself in five years?

I want to continue to be that person that people think about when they say: “I don’t care what it costs; I want to go to the best.” There are three or four people they think of now, and I happen to be one, but I want to be by far and away the guy, where they don’t think of anybody else. That’s what I want, that’s where we always strive to be.