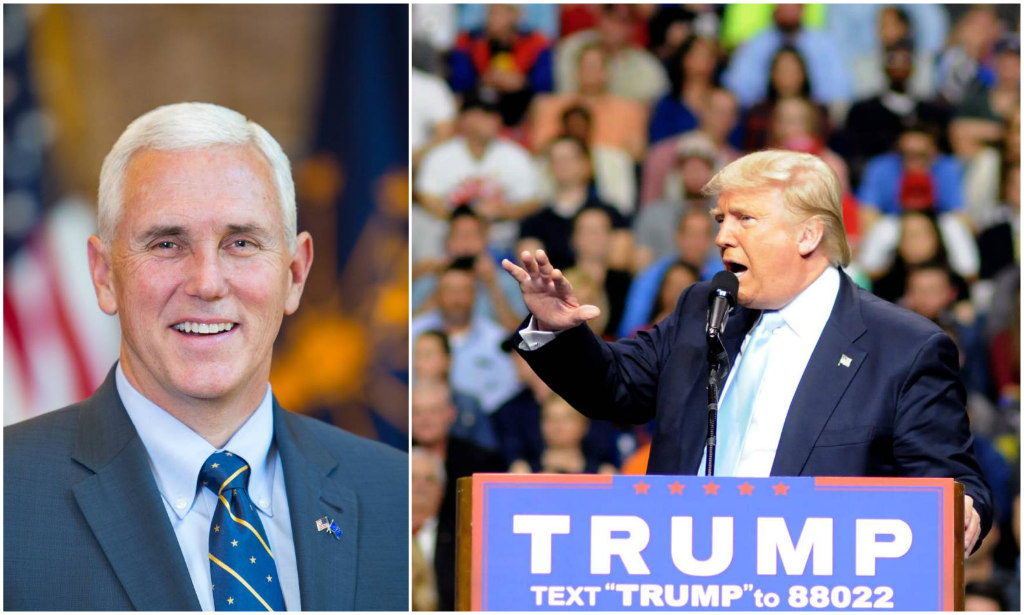 It's official, Donald Trump has chosen his VP running mate.

The Republican nominee posted on Facebook on Friday morning: I am pleased to announce that I have chosen Governor Mike Pence as my Vice Presidential running mate. News conference tomorrow at 11:00 A.M.

For those of you who don't know much about the Indiana Governor, here's a little information from his official bio:

Mike Pence was elected the 50th Governor of the State of Indiana in 2012 and inaugurated January 14, 2013. Prior to being elected governor, Pence represented Indiana’s Sixth Congressional District in Congress.

Since taking office in 2013, Pence has achieved the largest state tax cut in Indiana history while also lowering the business personal property tax and corporate income tax to strengthen the state’s competitive edge in attracting new investment and good-paying jobs for Hoosiers.

He has expanded school choice, increased educational opportunity for Hoosier families by signing into law the first State funding for pre-K education in Indiana, and addressed Indiana’s skills gap by making career and technical education a priority in every Indiana high school. And, because roads mean jobs here in the Crossroads of America, under his leadership the state has invested more than $800 million in new money for roads and bridges in Indiana.

Pence was born and raised in Columbus, Indiana, graduated from Columbus North High School, went on to graduate from Hanover College in 1981 and earned his J.D. from Indiana University School of Law in 1986.

Governor Pence and First Lady Karen Pence have been married since 1985 and currently live in the Governor’s Residence. They have three adult children, Michael, Charlotte and Audrey.