Movie Review: 'The Purge: Election Year' Is A Bloody Ride 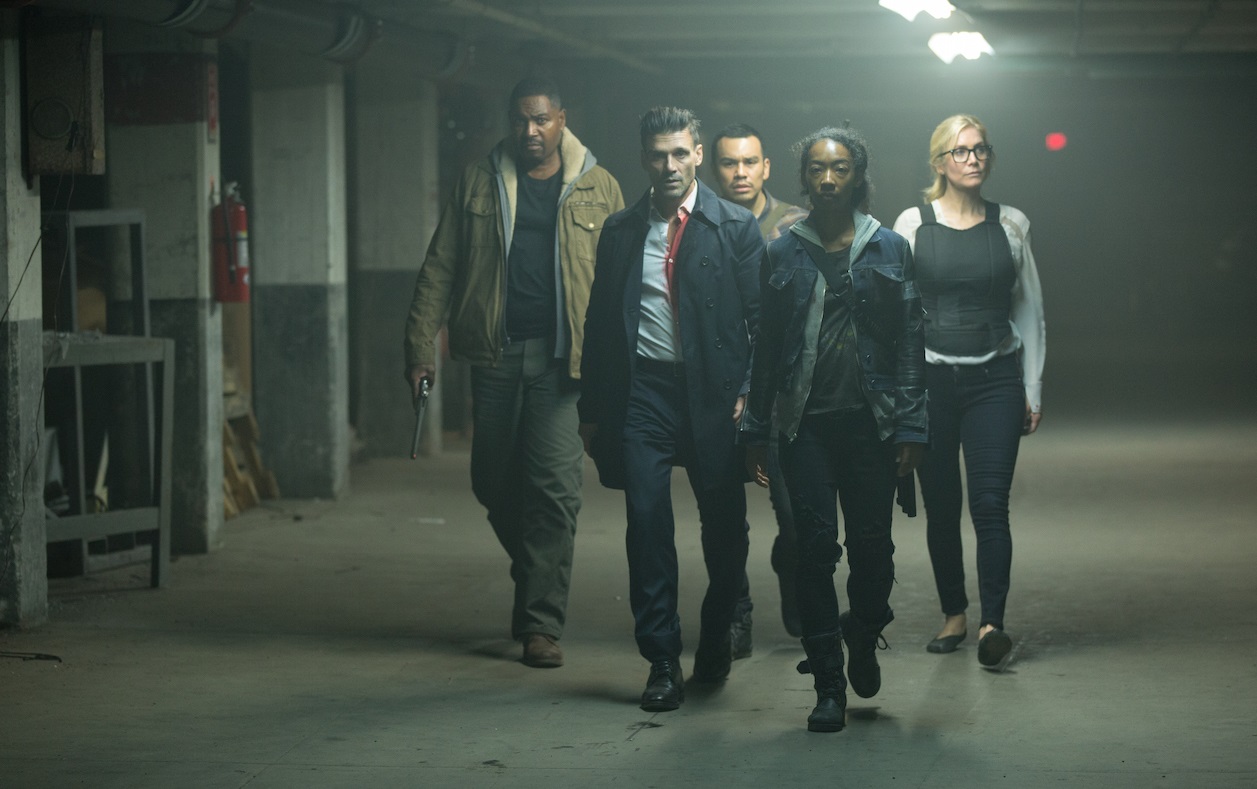 Although creator/writer/director, James DeMonaco’s bloody franchise may seem like just a few gory thrillers; ‘The Purge’ is an obvious social commentary on our brutal and divided savage society. If you turn on CNN, or any breaking news outlet, you might think that something like ‘The Purge’ is alive and well within our world as we see headlines of beheadings, rape and other ghastly felonies smeared across our TV screens twenty-four hours a day, seven days a week. This brutal reality is hard enough to bear. Thankfully, the film’s concept — where you are allowed one night to murder and commit any crime you like — is only a cinematic experience. In his third installment, “The Purge: Election Year,” DeMonaco raises the stakes with a timely storyline, more blood, ammunition and a team of unlikely heroes.

Playing catch up from the first film, ‘The Purge’ is about an America in which the government is run by plenty of old conservative white men, a.k.a. The Founding Fathers of the NFAA. Sound familiar? In an attempt to cleanse the country and rid society of poverty, they implemented an annual event every spring. For one night, all emergency authorities, hospitals, etc. are inactive. Citizens have the freedom and right to kill. In the sequel, “The Purge: Anarchy,” audiences met Sergeant (Frank Grillo), who has enough grit and fighting skills to take down a few UFC fighters in one fell swoop. After saving multiple innocent lives in the previous Purge, Sergeant is back and braver than ever. Still protecting the ‘good guy,’ he’s now found himself a position as head of security for the more liberal presidential candidate, Charlene ‘Charlie’ Ronan (Elizabeth Mitchell). Ronan’s progressive policies and views have the Founding Fathers up in arms. On this particular Purge night, the government leaders are determined to stop Ronan from winning the Presidential race. But with Sergeant by her side, the NFAA have more than a few obstacles in their path.

If the sight of splattered blood and stabbings make you faint, then run far away from this film. The ‘R’ rating for disturbing violence may not even be enough to label just how sadistic and foul-mouthed this script is. But if you can stand loads of gruesome violence, it’s worth it, even if just to see Frank Grillo kick butt for 103 minutes. 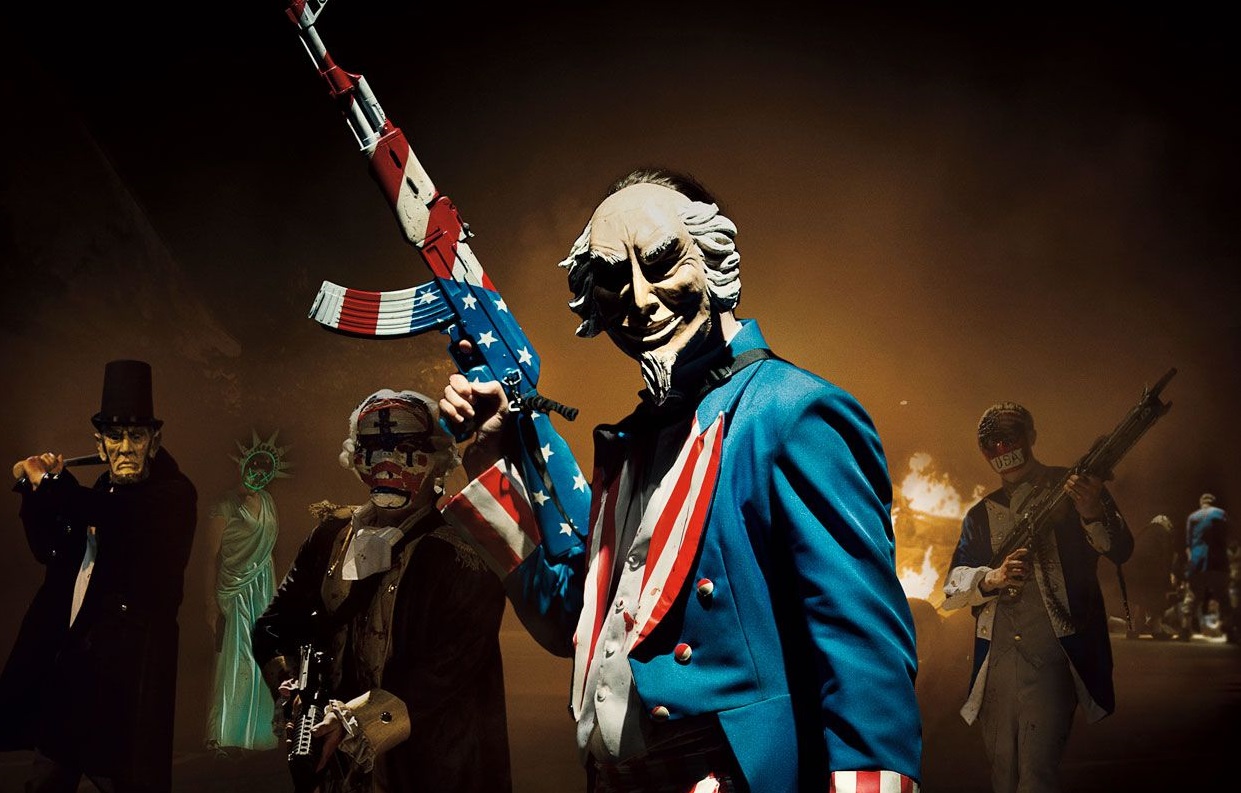 In this specific sequel, DeMonaco has written a war of the races. To put it bluntly: rich white people versus low income minorities. He doesn’t tread lightly when it comes to racial overtones. Actor, Terry Serpico portrays Earl, the leader of the army hired to track down Ronan. The Nazi swastikas, confederate flag patches and ‘White Power’ stamped across his uniform, make Earl far more frightening of a villain than any zombie, demon or Marvel monster. Luckily, there are a handful of good-natured heroes to balance out the evil.

Ronan and Sergeant are fortunate enough to cross paths with Joe Dixon (Mykelti Williamson), Marcos (Joseph Julian Soria) and Laney Rucker (Betty Gabriel). Williamson is perfectly cast as the kind deli owner who is determined to save his business from Purge vandalism. Rucker plays the courageous Purge savior who drives around picking up the injured. Together, these characters and the actor’s powerful performances are the heart of the film. Audiences will find themselves rooting for their survival and clapping as they attempt to take down one NFAA leader after another.

DeMonaco has certainly found a way to depict the horrors of our crime-ridden world and disguise it as a box office franchise. If it’s fear you’re seeking this July 4th weekend, see “The Purge: Election Year.”