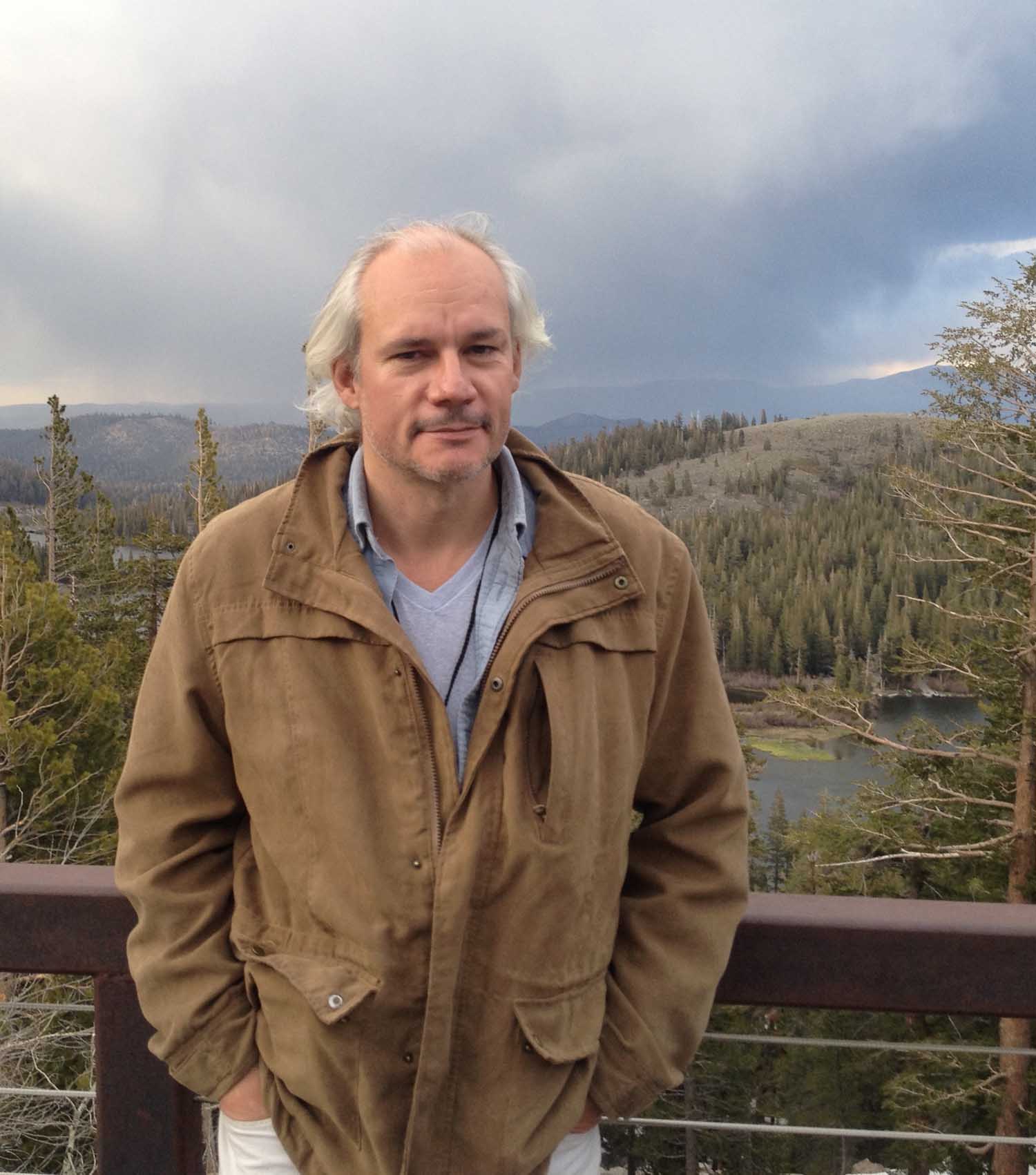 For the uninitiated, Helmut Berger is an actor who came to prominence in the late 60s in the films of celebrated Italian director Luchino Visconti. As Visconti’s muse and lover, Berger quickly became a household name and tabloid fixture for his acting chops and affinity for the decadent celebrity lifestyle.

Cut to the present. Berger resides in a rundown apartment in the Salzburg section of his native Austria, subsisting on a modest pension and handouts from wealthy friends. A loner who barely makes it out of his apartment, Berger is prone to depression, heavy drinking, chain smoking, and behavior that could cetainly be described as erratic.

Bearing this in mind, it’s somewhat astonishing that the volatile Berger granted fellow Austrian filmmaker Andreas Horvath (“This ain’t no Heartland”) such intimate access to shoot the fascinating and appropriately titled documentary, “Helmet Berger, Actor.” Upon its 2015 premiere at the 72nd Venice Film Festival, the film was widely praised by critics and audiences alike, with John Waters naming it the best of 2015 in his annual Top 10 column.

On top of being an extremely compelling behind-the-scenes look at a once prominent star gone to seed, “Helmut Berger, Actor” also serves as a commentary on the documentary medium itself, as Horvath incorporates his struggles working with Berger into the film, challenging traditional notions of nonfiction objectivity along the way. Considering this novel approach to the form, I was eager to catch up with Horvath during his stay in the Eastern Sierras for the 2nd annual Mammoth Lakes Film Festival.

How did this project originate?

Since my early teens, I adored Helmut in “Ludwig” and all his Visconti films. I wanted to be an actor also so for me he was a real idol.  While I was studying photography in my early twenties, I wanted to make a photo book about him and so I tried to call him. But back then before the internet, it wasn’t so easy to reach people like him. So that project did not materialize and I forgot about it for a while. Then he popped up in the news for one reason or another and it reminded me of the project and I thought I’d try it again.

What was your relationship with Helmut prior to shooting?

It began in 2013. I sent him a letter, waited a few weeks, then tried to call him. It took awhile but I eventually tracked him down. He claimed he had never received it, but as you see in the film, his apartment is a mess, so he probably just tore it up and never saw it again. He had me send the letter again, and this time he called back three times in one evening, very enthusiastic, and said, ‘I really want to work with you.’

As we see in the film, Helmut can be very abrasive and unpleasant at times. Did his reputation precede him and did that concern you?

Yes, very much so. Especially in the German speaking countries, everybody knows how he is. Part of his problem is that he became so enormously famous so early on. He was considered one of the most beautiful men on earth, and also he was the first male to appear on the cover of Vogue, so he really epitomized the jet-set lifestyle of the 70s. But early on he did everything to obstruct this image of the beautiful young man.

One story that he likes to tell – and that no one else will because it’s just too embarrassing – is about this time he attended a big ball in Monaco. Everyone was there – the prince, the princess – and he was taking a lot of cocaine at the time and he shit himself in a white smoking jacket! And what does he do? He remains seated and complains about the smell to the organizers. He says, ‘I think the pool needs to be drained.’ And sure enough, the next day they drained the pool! So that says something about his recklessness and carelessness with his public image. Which is the reason why I love him – he’s not a liar. He’s very honest about himself and that’s why he’s such a good figure for a documentary.

Aside from Helmut and his caretaker Viola, the only other person featured prominently in the documentary is you. Did you originally intend to include yourself in the film and at what point did you decide that would be the best approach?

Very early on it became so personal, so that’s when I decided this film should be about our relationship more than about him and stories he has to tell about Visconti. I never pictured it to be a talking heads kind of documentary where he tells all these stories, and I didn’t want to leave out the messiness and chaos of his life. But I never imagined our relationship would be so important to the film. And Helmut always tried to include other people in the film, jet-set people like his high society friends that we see in St. Tropez. And I didn’t want that in my film. I’ve seen it before on TV and it’s just embarrassing to watch. But Viola is absolutely necessary, because then it becomes this triangle. It wouldn’t have been possible with the two of us. Actually, a journalist in Italy liked it so much when he saw it in Venice that now he’s writing a three-character play based on it. 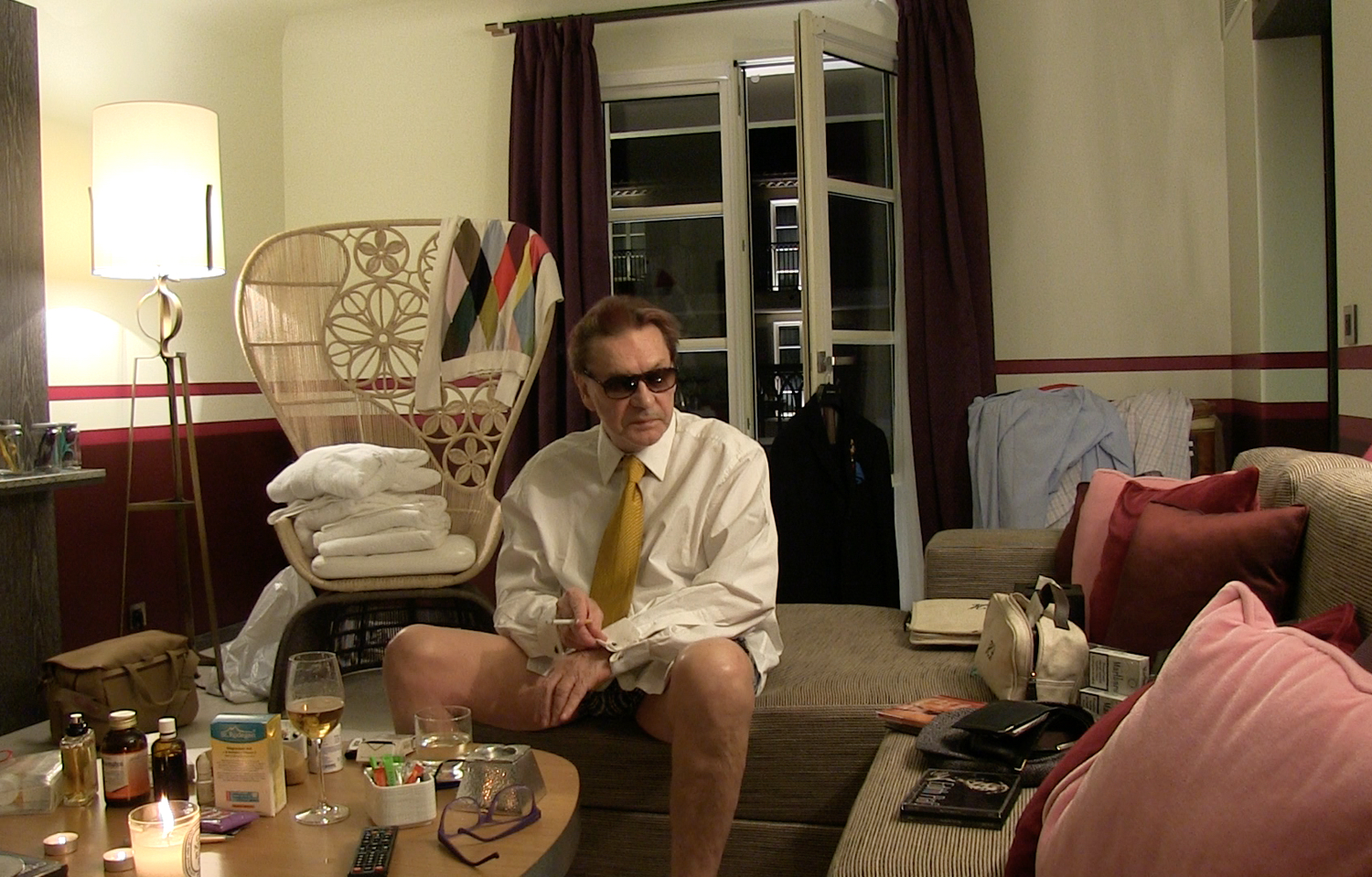 What I really loved about the film is that on top of being this very intimate portrait of a public figure, it’s also very self-reflexive in that you and Helmut argue about the documentary itself as it unfolds. What do you consider your role as a documentary filmmaker?

To show my personal view of anything that I witness, and this is always the case with any documentary. To talk about the truthfulness of a documentary is bullshit. You have to be true to yourself and how you see things; that’s when documentaries become interesting. Also, with music, there are so many people who would never use music in a documentary because it leads you to have certain emotions that can guide the viewer in a certain way. But I love to do that. And so the role is to document everything I witness and then make decisions later in the editing room.

In the film, you incorporate many personal voicemail messages Helmut sent to you. Why did you decide to weave these messages into the film?

The reason I decided to include this is because you get to know his character better. And of course he’s acting and exaggerating there somewhat; but in a way they were very sincere because it was 3 at night, he couldn’t sleep, he was pacing around his apartment and decided that he’d call. And then it just pours out of him, which I never was able to get when I filmed him. It was much more tense when I filmed him and he wasn’t giving me anything verbally. And then suddenly in one voicemail message there was everything. He just let himself go. So it’s very intimate, and he probably didn’t think I’d use this.

Your film really captures the claustrophobia of Helmut’s everyday life, with most of the scenes set in his apartment and hotel rooms. Were you concerned that the film would be too static on account of these confined spaces?

Not really. On the contrary, actually. Like in St. Tropez, I always thought this is like a theater play, a surreal tragicomedy. For that reason, the camera just shows the hotel room like a stage and he’s in the middle of it. He’s talking to me but really talking to the viewers, and that made it very theatrical and added to the exaggerated language he uses. And then with the claustrophobia, that just adds to his character and what he is really about.

This might be a difficult subject to discuss, but at a certain point in the film, Helmut professes his love for you and even pleasures himself to you onscreen. How uncomfortable was that and did you consider omitting that section?

I’m rather late when it comes to realizing these things, so I guess there were signs before that I could’ve seen but didn’t. But then I think a lot of people would question that and say that maybe that was an act too. I think it wasn’t. Did I feel uncomfortable? Sure. When he first told me he loved me, there was a long pause, and I didn’t cut it because I was really shocked at that time and didn’t know what to say. And of course it makes me uncomfortable to watch. But, for all its perversions, it’s interesting. It’s important for the film and it’s a very complex scene. 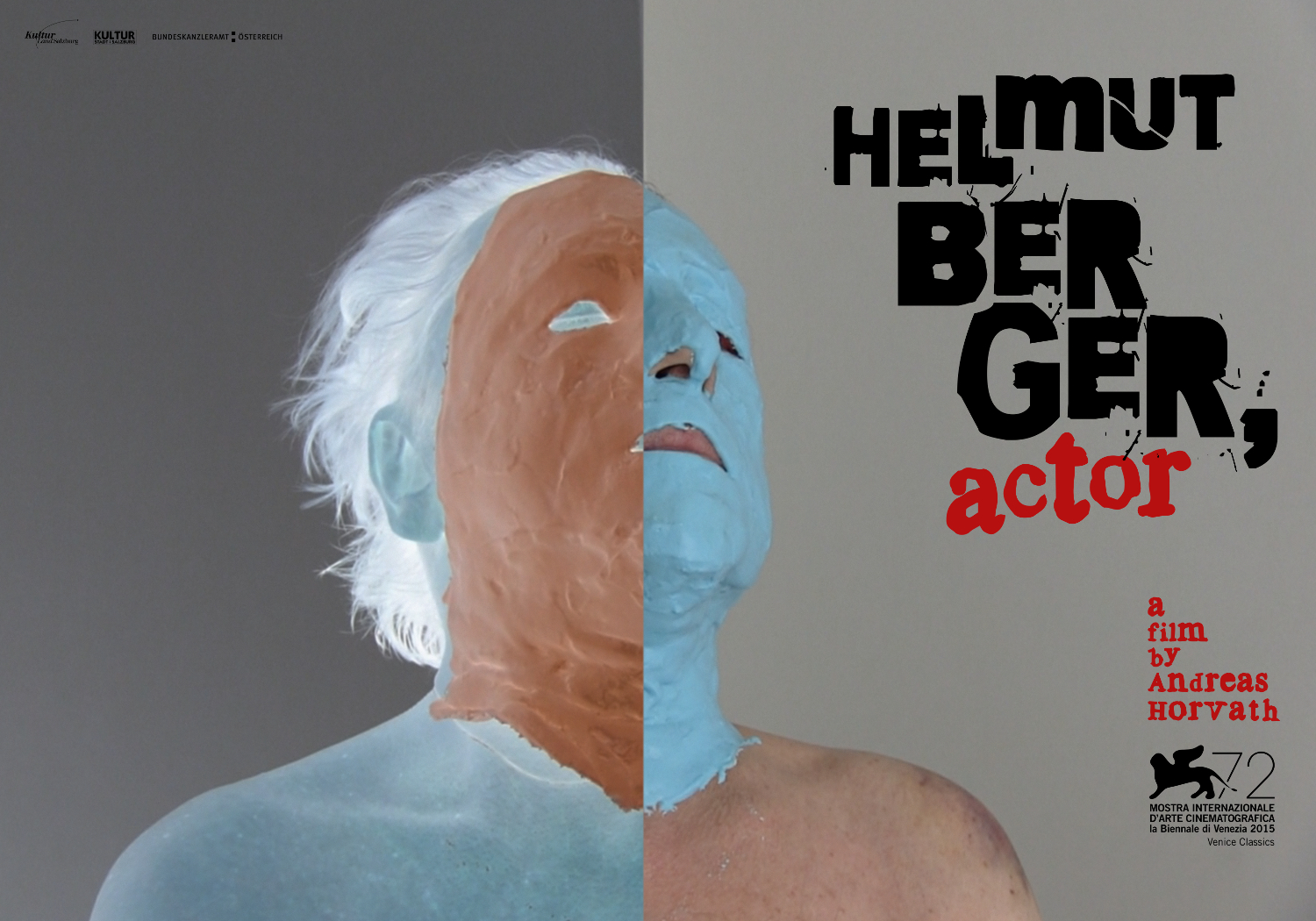 You and Helmut had many ups and downs over the course of filming. What is the status of your relationship now and what did he think of the finished film?

The relationship is better than ever – very mild and never a fight. He’s always happy when I call him. There was always the tension of what would become of the documentary. He said numerous times that there was a very big trust he had in me, that no one could make this documentary except for me, even though he would say the opposite the next day. He was always very conscious of what he gave me and he always knew when I was filming. I think he was withholding important stuff that he thought I would need just to continue this to eternity. If it were up to him, I think we would still be filming.

Could you talk a little bit about why you decided to name the film, “Helmut Berger, Actor?”

In my proposal for funds, the first thing I dealt with was the question of how much is he acting and can you even get close to a person or their reality in a documentary. So I think the whole film you’re not sure if he’s acting or not. At the same time, I think the title sounds like a business card, which is an irony in itself because Helmut Berger would be the last person on earth to even know what a business card is. But it’s also the essential question that sums up what the film is about: Is he acting or not?

For that reason, the last scene is important because it shows us for the first time Helmut Berger not wearing a mask. Because if you’re having an orgasm onscreen, you can’t fake that! I call it the Rosebud moment of “Helmut Berger” because you see him there half-naked in bed, and he’s happy, but he’s vulnerable also. And so then you realize, that’s what he was after all along for the yearlong period that I filmed with him. And this really was the last scene I filmed with him. It’s so revealing, and in that regard it was very generous of him to show his problems with friendship and intimacy and love.

Could you talk about your next project?

I’m working on a feature at the moment. It’s part fiction, part documentary, called “Lillian.” It’s inspired by the true story of Lillian Ailing, a Russian emigrant who in the 1920s walked from New York back to Russia across the American continent and the Bering Strait, or that was the plan. It’s such an amazing story. It combines the remoteness of Siberia with New York and a woman doing this walk and so many open questions. I heard about it ten years ago and I’ve wanted to make this film but never was able to raise enough money until now.

Film
Mammoth Lakes Film Fest: ‘Operation Avalanche’ Is A Fake Documentary That Shoots for the Moon