The 2016 Invictus Games Kick Off In Orlando 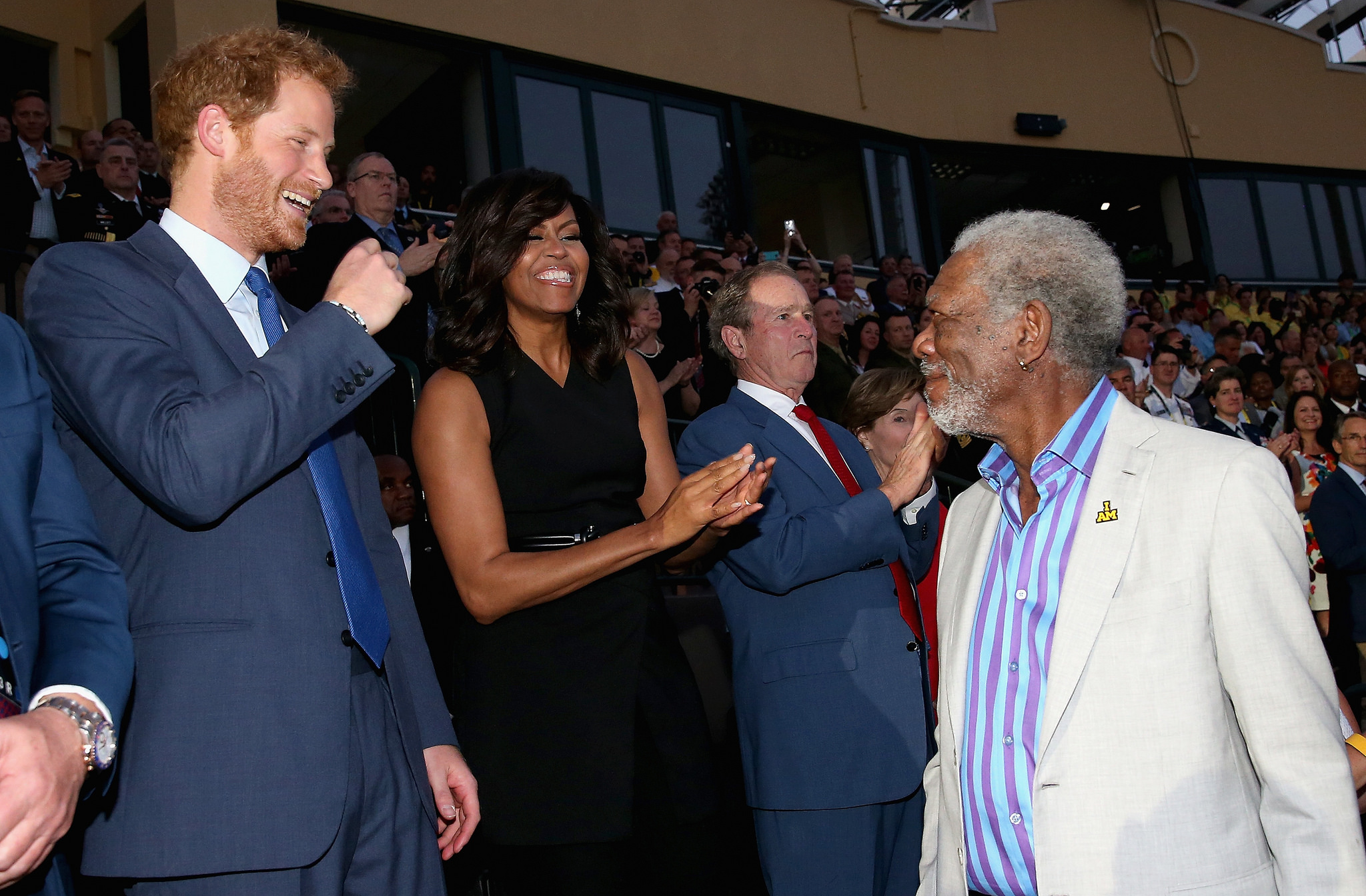 On Sunday night, the famous Invictus Games kicked off to a sold-out audience in Orlando. The games will run until May 12th.

Presented by Jaguar Land Rover,  the center of the celebration was a focus on the moving stories and invincible spirit of the almost 500 competitors from 14 nations. The brave service men and women paraded through an interactive 3-D cube that was uniquely designed for the ceremony and emblazoned with the colors of each nation and images of comradery. Competitors were welcomed by their friends, family and caregivers following the procession.

“The creation of the Opening Ceremony as a development,” said Sara Donaldson, Executive Producer of Invictus Games 2016 Orlando Opening and Closing Ceremonies.

“It shows a progression of the Games and is a step forward from what we created in London and what we will see in Toronto in 2017.”  To celebrate the arrival of servicemen and women from around the world, international singer Laura Wright took the stage and gave a spine tingling performance of  her original song, “Invincible,” which she composed for the inaugural Invictus Games in London in 2014.  As U.S. Team Captain Will Reynolds discussed the significance of the Invictus Games flag tour, a Pave Hawk helicopter made a dramatic entrance when it dropped down next to Champion Stadium, setting the tone for an inspiring event.

Stepping out of the helicopter, U.S. Air Force Staff Sergeant August O’Neill was greeted by his German shepherd companion, Kai. Reciting the Pararescue motto, The Things We Do. That Others May Live, Captain Will Reynolds and SSGT O’Neill watched as the U.S. Air Force Color Guard raised the Invictus Flag next to the flag of the United States, symbolizing that together they are unconquered. 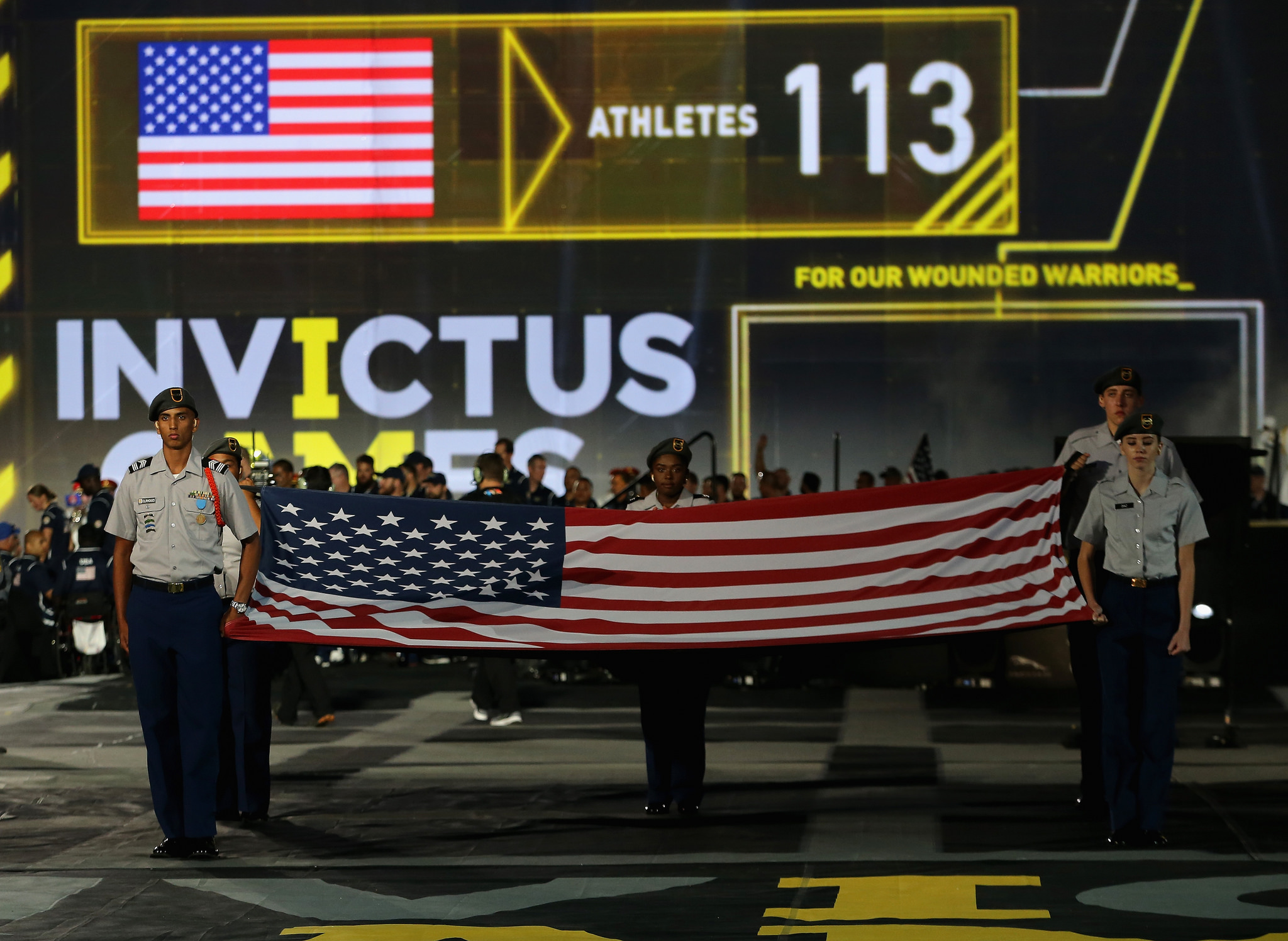 Invictus Games Organizing Committee Chairman Ken Fisher took the stage to give thanks to those that brought the Games to life and to share his reason for becoming involved. “To me it is about three worlds – honor, educate and inspire.  We will seek to honor service to country and the sacrifices made by the entire military family.  We will seek to educate people around the globe about the devastating impact of the unseen wounds of war, and we will seek to inspire those at home who suffer in silence to re-engage with society and seek treatment that is available.”

The Opening Ceremony, co-presented by Jaguar Land Rover and The Walt Disney Company, was filled with unprecedented performances, including the U.S.  Army Band, the Army Old Guard Fife and Drum Corps, and the Marine Corps Silent Drill Platoon, which marked the first time all three bands performed in one central location. Headliner and international star, James Blunt, once an active-duty officer in the British Army, also performed his hit single “You’re Beautiful,” and additional songs from his albums “All the Lost Souls,” “Some Kind of Trouble” and “Moon Landing.” 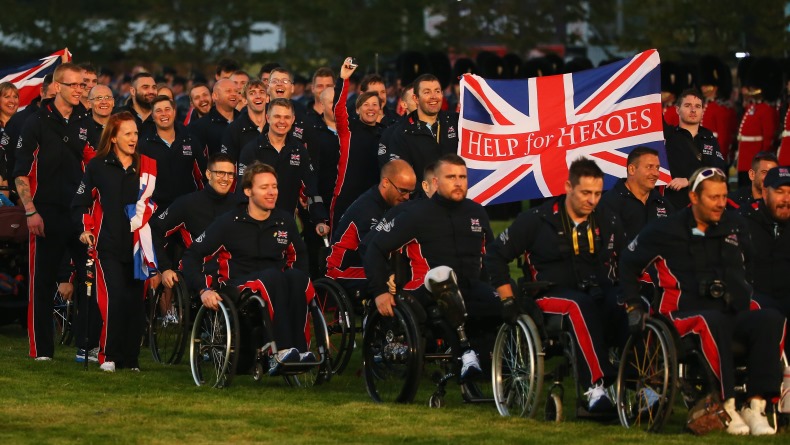 After Blunt’s electrifying performance, audiences roared as Prince Harry and First Lady Michelle Obama took the stage to greet the competitors and their families and share how the competitors have inspired them.  “I had to create the Invictus Games – to build a platform for all those who have served to prove to the world what they have to offer,” said Prince Harry. “You will be inspired. You will be moved.”  “I am here to honor all of you, our extraordinary service members, veterans and of course our military families,” said Michelle Obama. “You are all truly amazing. I am inspired by your courage. I am inspired by the sacrifices you make every single day.”

The audience rose to their feet, giving a standing ovation as the three servicemen told their Invictus stories and shared how they were able to overcome visible and invisible wounds of war with the support of their caregivers.

To read all about the games and keep up to date, visit: http://invictusgames2016.org