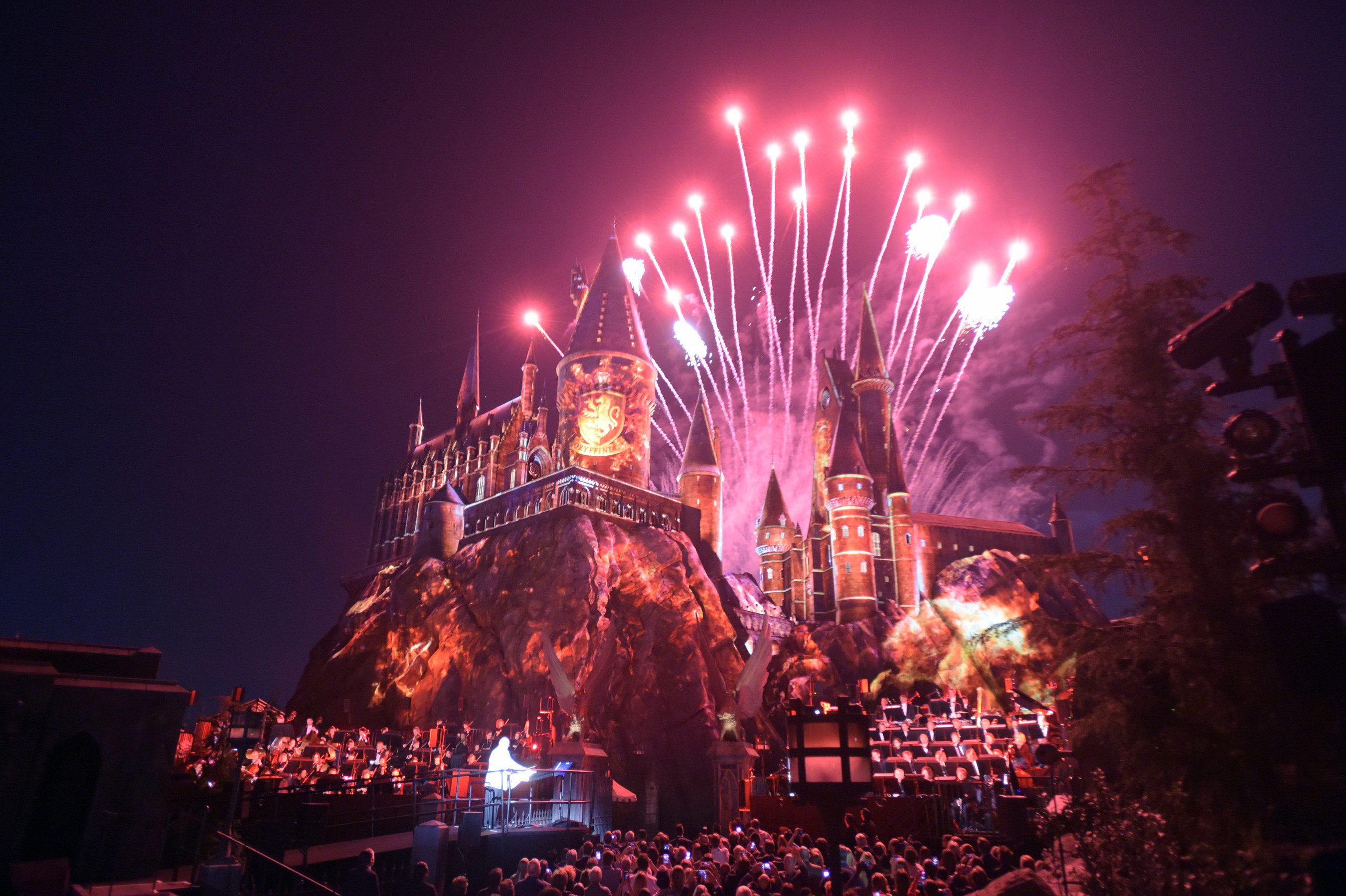 A dynamic fireworks display followed to signal the much-anticipated arrival of this incredibly immersive land.

"The Wizarding World of Harry Potter" officially opens to the public on Thursday, April 7... and is already sold out for opening day!

More than five years in the making, and inspired by J.K. Rowling's compelling stories and characters that were brought to life in the Warner Bros. films, "The Wizarding World of Harry Potter" has been masterfully recreated with impeccable detail as a real-world interpretation at Universal Studios Hollywood.

"The Wizarding World of Harry Potter" resonates with immense detail, inviting guests to revel in Harry Potter's world with the opportunity to enjoy authentic food and beverage at multiple locations, including Three Broomsticks™, and Hog's Head pub, as well as the Magic Neep and Butterbeer™ carts.

FYI
Universal Studios Hollywood Wants To Find The Zombie Inside Of You!