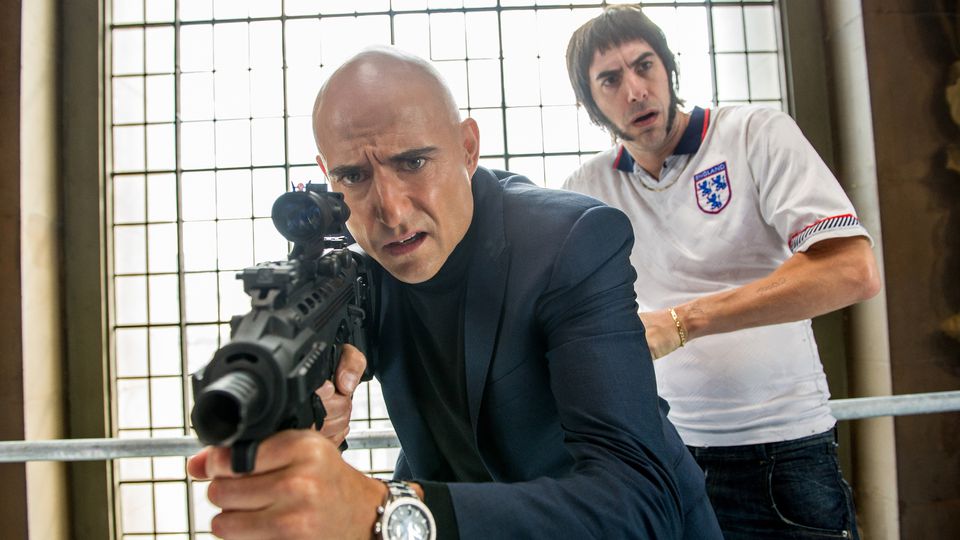 In an effort to replicate the big budget spy films that serve as his satirical target, Baron Cohen recruited action maestro Louis Leterrier, notable for his work on “The Transporter,” “The Incredible Hulk,” and “Clash of the Titans,” to helm his latest raunch-fest. What results is an unabashedly silly but thoroughly enjoyable look at the bizarre escapades of two long-lost brothers – one a soccer hooligan, the other a spy – as they get caught up in a madcap terrorist plot. With a boundary-pushing script by Baron Cohen, Phil Johnston and Peter Baynham that fully delivers on its premise without wearing out its welcome, and quality action sequences with fall-down-funny performances from the intrepid cast, “The Brothers Grimsby” is sure to have comedy fans in stitches.

In the British working class community of Grimsby, there lives a man named Nobby Butcher (Sacha Baron Cohen). A diehard English football fan, when Nobby isn’t drinking pints with his mates or having a shag at a mattress store, he’s pulling welfare scams to support his eleven kids and voluptuous girlfriend (Rebel Wilson). Despite his high-spirited hooliganism, there is one aspect of Nobby’s past that continues to haunt him: as a child, he was separated from his brother Sebastian (Mark Strong). Now, twenty-eight years later, Nobby is determined to reunite with him. 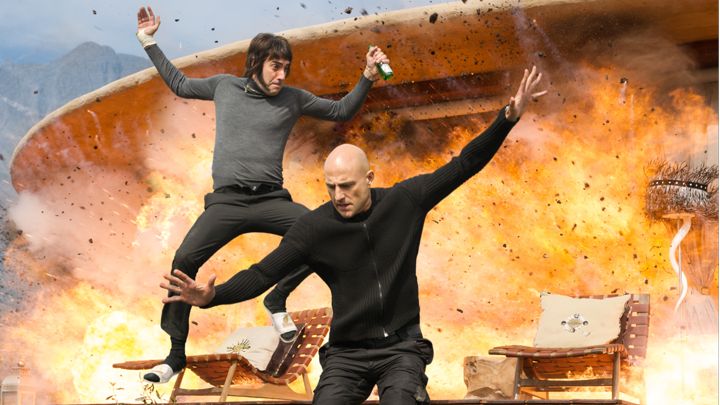 As it happens, Sebastian is a deadly spy who works for an offshoot of MI6. Lucky for Nobby, Sebastian will be in town to foil the assassination of a celebrated philanthropist (Penélope Cruz) at a charity event. When Nobby catches wind of Sebastian’s whereabouts, he crashes the event with his slapstick antics, resulting in an accidental shooting and his brother being mistaken for the suspect.

Forced to go rogue in dreary Grimsby alongside his bumbling brother, Sebastian enlists the help of an MI6 mole (Isla Fischer) in hopes of identifying the actual shooter. Along the way, they uncover a terrorist plot to blow up a soccer stadium, forcing Nobby to learn some of the tricks of his brother’s trade.

If hard R comedy is not your cup of tea, make no mistake about it: “The Brothers Grimsby” is not for you. There are moments, such as a seduction gone disgustingly awry, a running AIDS joke with a huge payoff, and a fireworks display out of a certain sunless part of the human anatomy, where the film reaches uncharted levels of stupidity. But as we’ve seen in his previous films (“Borat,” “Bruno”), Baron Cohen and his screenwriting partners have always excelled at pushing their gags to the absolute limit; and for those who appreciate this commitment to idiocy, “Grimsby” will not disappoint. And while this film is definitely geared more toward the comedy crowd, director Louis Letterier still lends it action-fueled authenticity, particularly with his superbly staged POV fight sequences.

Looking like a potbellied Liam Gallagher, it could be argued that Baron Cohen’s latest comic creation isn’t nearly as meticulously crafted as fan favorites Borat and Ali G. Basically, Nobby is a putz, and even though more jokes hit than miss, they still revolve around the premise that he is in fact a putz. To that extent, the role is fairly limited, but that doesn’t stop Baron Cohen from wringing plenty of laughs from the foibles of this football fanatic. 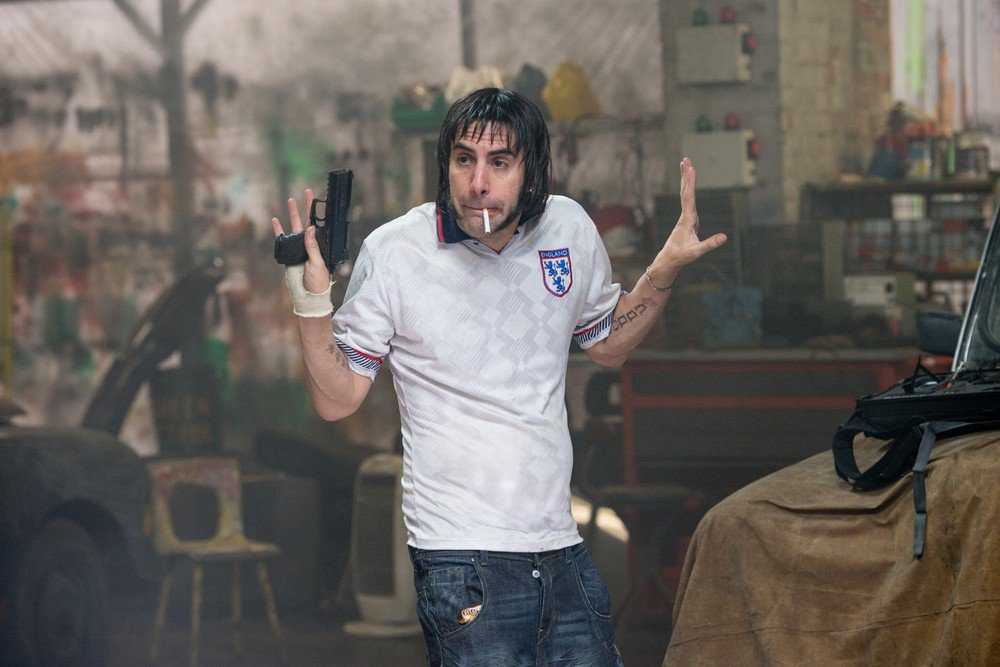 Though perhaps not Sacha Baron Cohen’s best film to date, “The Brothers Grimsby” delivers enough character-driven, harebrained humor to satisfy his fan base.

Film
Movie Review: ‘My Big Fat Greek Wedding 2’ Is Not Worth Waiting For