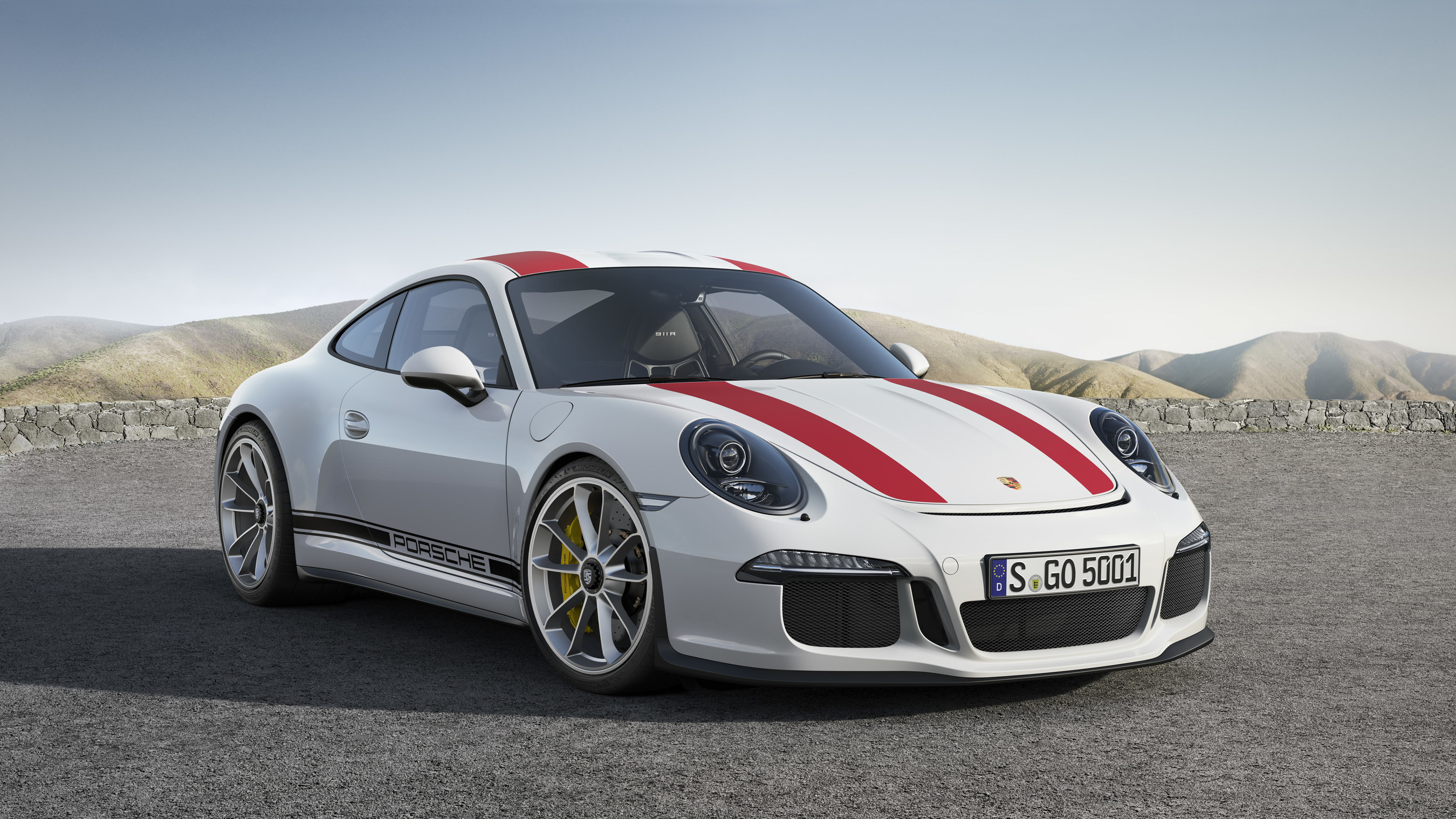 Get excited Porsche fans... the new 2016 Porsche 911 R made its world debut at the 2016 Geneva International Motor Show.

Produced as part of a limited production series, the original 911 R (R for Racing) was entered in rallies, in the Targa Florio and in world record runs. Like its legendary predecessor, the new 911 R features a systematic lightweight construction, a high level of performance and an unfiltered driving experience.

The 911 R is limited to 991 units worldwide, and represents the lightest available version of the 911 with a curb weight of just 3021 pounds. Powered by a 500 hp four-liter naturally aspirated flat-six engine which is mated to a six-speed manual transmission, the 911 R underscores Porsche's commitment to building emotional and engaging high-performance sports cars with a maximum amount of driving pleasure. Developed by Porsche's motorsport department, the 911 R is the third model to use Porsche's latest generation of high-performance naturally aspirated flat-six engines alongside the track-bred 911 GT3 and 911 GT3 RS models.

True to its purist character, the lightweight model is available exclusively with a six-speed manual transmission featuring short, performance. Take a look inside... http://www.porsche.com

L. A. Glam
Make Up For Ever Teams Up With Charli XCX For New Make Up Line